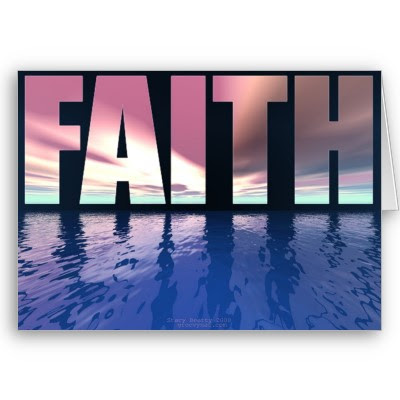 Religion is a tricky thing.

For me, religion has always been about faith. And faith is about believing in what you can't see, touch, feel, smell, etc. Any time there is something about my faith I can not fully grasp (like the Trinity, or annulments) I always just agree to live by the Church's teaching on the matter and will ask God for a clear answer if/when I get to Heaven. I guess I sort of have the faith of a child.

My husband, however is a truth seeker. He has a very strong faith and has always questioned why things are the way they are. He searches out the reasons behind the beliefs and researches and discusses topics until he gets a satisfactory answer. He loves theology and philosophy, and that is what makes him such a great religion teacher. He has already studied the proofs for God's existence, and questioned the morality of human nature, so that when his students ask him something - he is ready with a logical response.

I think both approaches to faith are fine, as long as they are all based on truth.

What makes both of us crazy is when people accept ALL religious beliefs as truth. That can not be possible. If I said the sky is blue, and you say the sky is green, only one of us is stating the truth. And we can't both be right. The same theory holds true to religion. If I say there is a God, and you say there isn't a God - one of us is correct and one is not. We can't both be correct in saying the complete opposite of each other.

I think this is one of the reasons that society is so "messed up". Everybody feels that whatever anybody thinks about religion is just fine, they are all acceptable, they are all true.

But what happens when that philosophy starts to spill over into other areas, such as sin. We don't want to be "judgemental" when someone is sinning, so we ignore it and begin to accept it. And while we should ALWAYS love the person who sins, we should NEVER love the sin. But we are so accustomed to stay out of it for fear of being labeled as hateful or judgemental that what we are really doing is helping to perpetuate it.
Ten years ago, people would never have believed that we would be legalizing same-sex marriage, yet here we are. In just the past couple of years, the women who commit adultery with celebrities have made a business for themselves...making money off their sinful ways. And the celebrities become cool by checking into sex rehab, instead of being blacklisted.
We have slowly gotten ourselves to ignore truth and traditional values. "To each his own" we say, "Live and let live" - but what a disservice we are doing by accepting these evils as normal, okay, or even good. It's a very slippery slope, and we seem to be sledding down on the fastest toboggan ever.

Yes, we are human beings with free will, and God has given us the right to choose what we want to believe. But just because we can choose it doesn't mean we always make the right choice. There is absolute truth and fallacy, there is good and evil, and there are facts and opinions. Let's not get them confused. 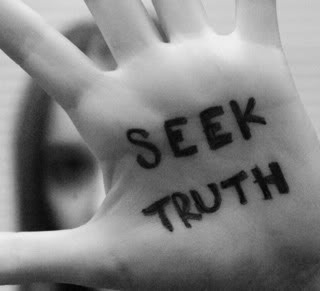