Happy Easter SEASON everybody!  I'm so thankful it's not just a day because life has been go-go-go lately and I feel like Easter didn't get as much attention as it deserved.  We went with a blue and yellow and gray color scheme this year, mostly because the elementary school boys wear gray pants with their uniform and I didn't have to buy any! 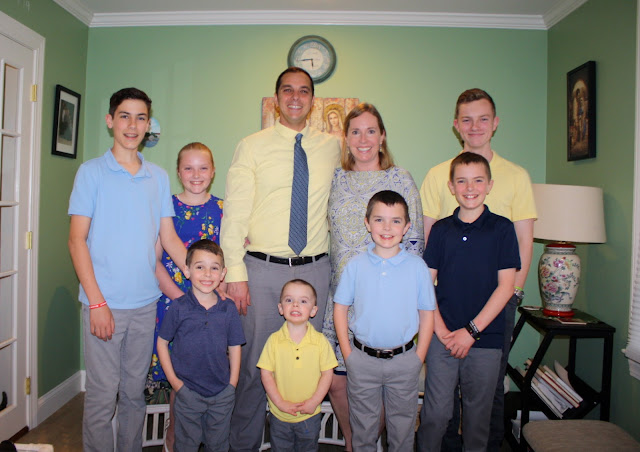 I look about 5 months pregnant in these pictures and I'm not...soooo the diet will begin.....eventually!  Ugh, it's tough to turn 40, I feel like I'm gaining weight so easily lately, even with all the exercise I do.  I know abs begin in the kitchen and blah blah blah I love food too much.  OK, enough vanity, back to the big day! 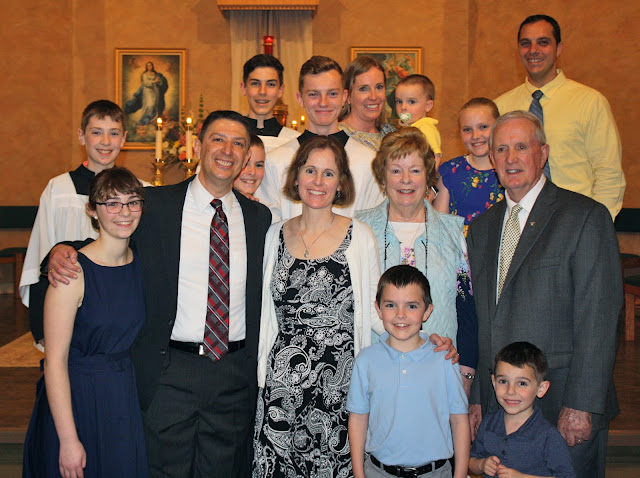 For the first time as a family, we attended the Easter Vigil and survived!  We just *had* to go to the Vigil this year because my brother-in-law became Catholic!  We always said he was the most Catholic non-Catholic we knew (attending Mass religiously, going to Adoration, raising his kids in the faith, sending his kids to Catholic school - he has one in elementary, high school and FUS) but it just took God's timing to get him into the church.  We were so excited!!  My Andrew was especially so, because he's been telling us for years that he wanted Uncle Adam to be his Confirmation sponsor, but couldn't ask him since he wasn't Catholic.  Now he can (already did, actually!) and his Confirmation is next year.  See, God's timing was perfect as usual! 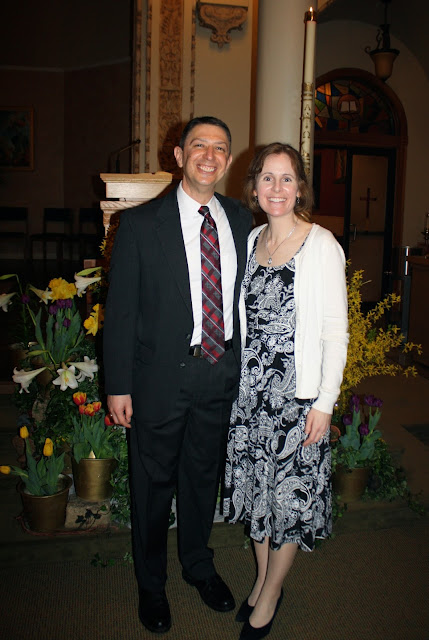 Look at those smiles on my sister and her newly Catholic husband.  The Vigil started at 7:30 pm and ended at 9:30 pm, so we went home and put the kids to bed and all slept in a little the next morning.  By slept in, I mean 7 am instead of 6 am, so yeah, not much! 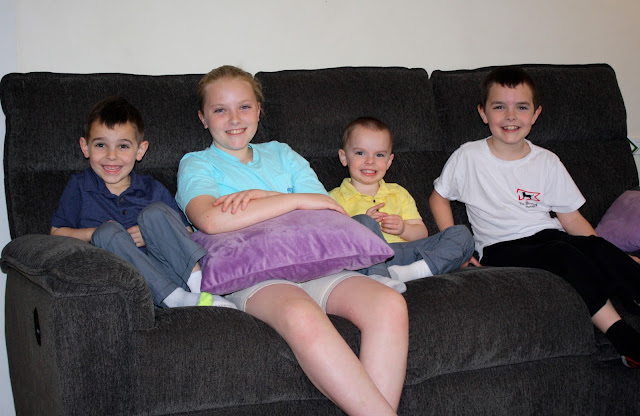 Waiting for the Easter Basket.  One family basket is how we roll... 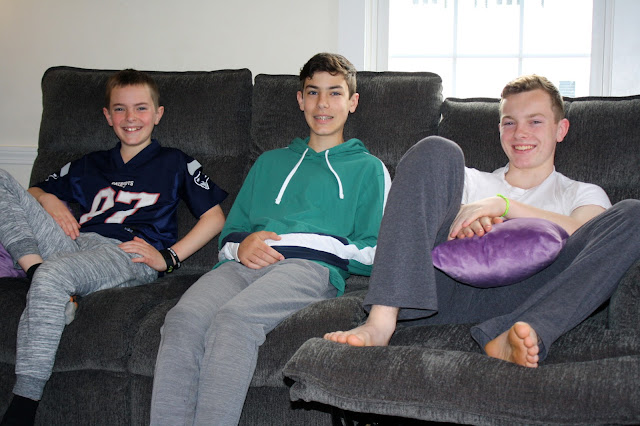 ...and it's just a laundry basket.  For shame!  But it's what inside that counts, right? 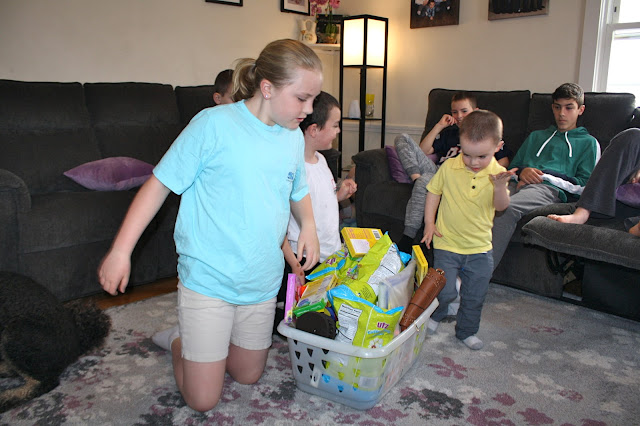 Brendan was like "Whoooaa!" and we all discussed how boring Christmas and Easter will be when all the little kids are as big as those three bums on the couch :) 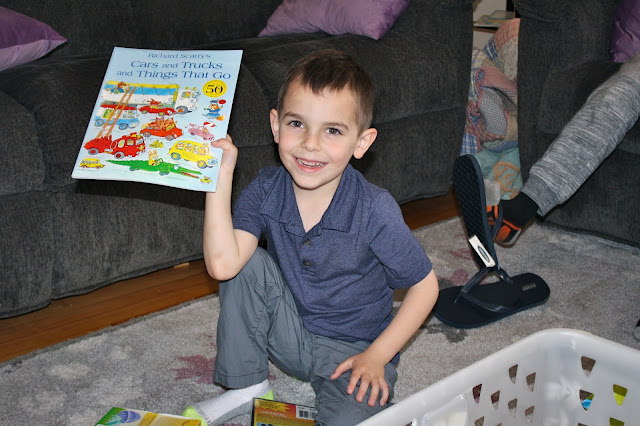 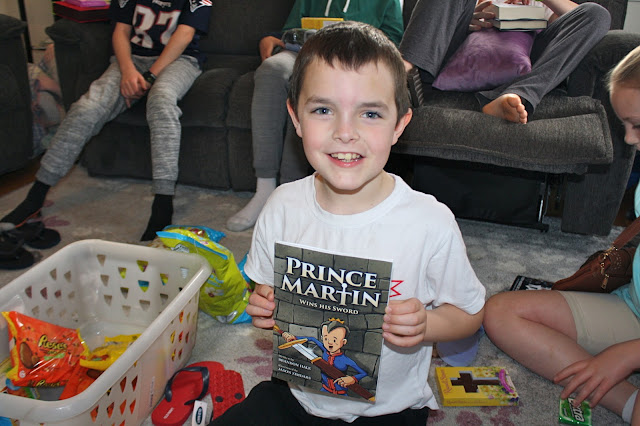 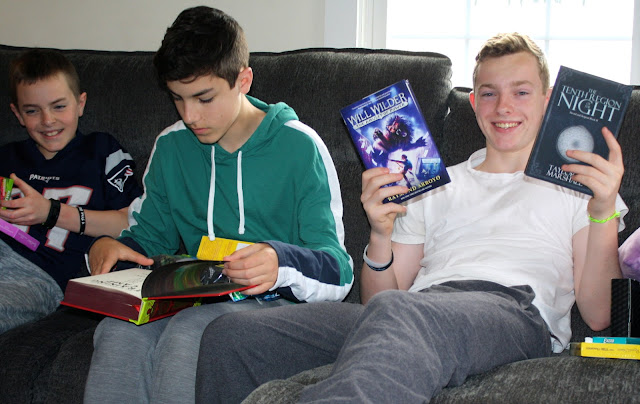 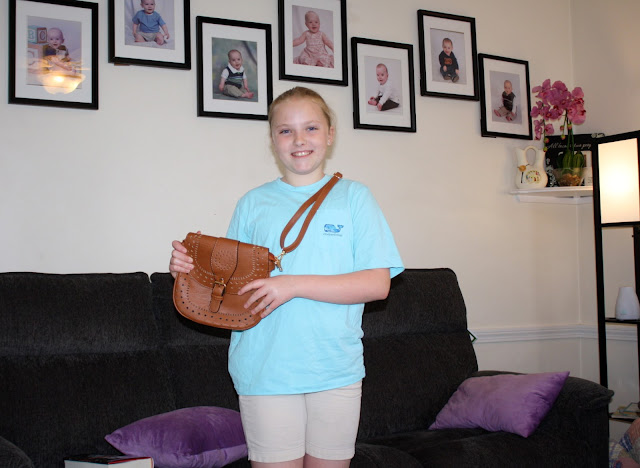 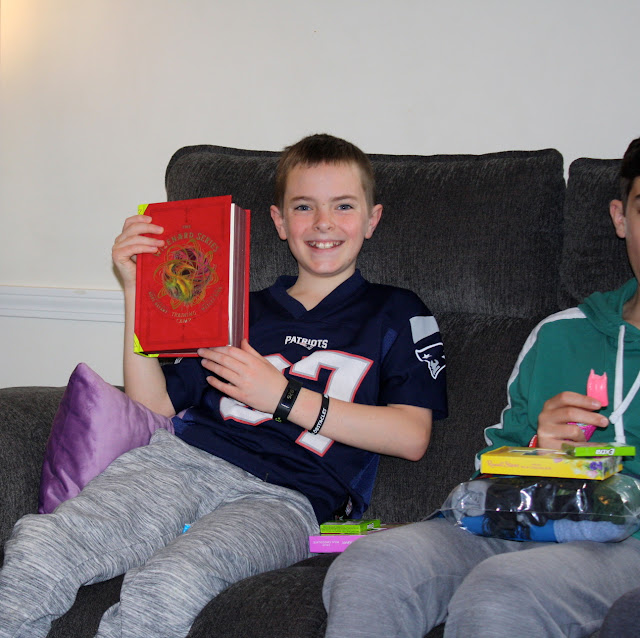 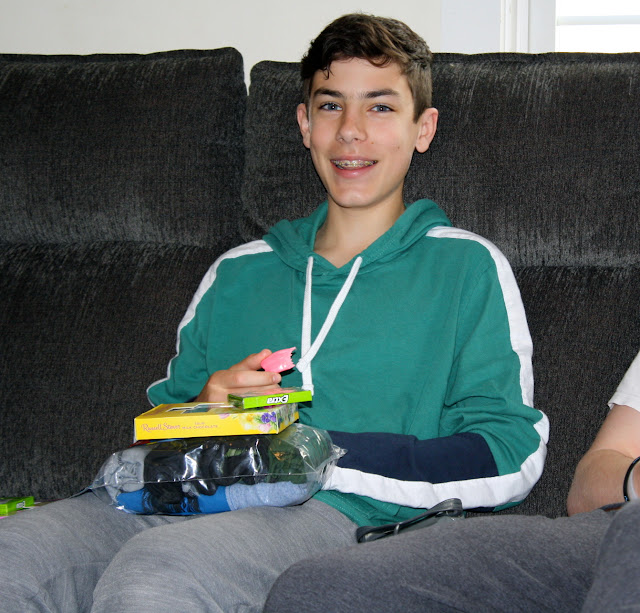 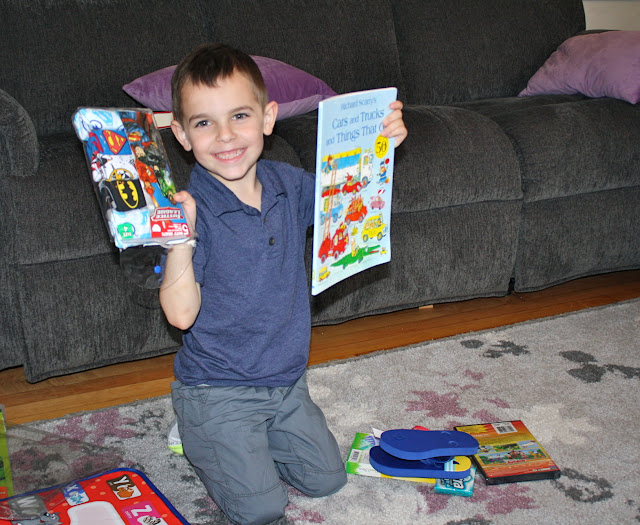 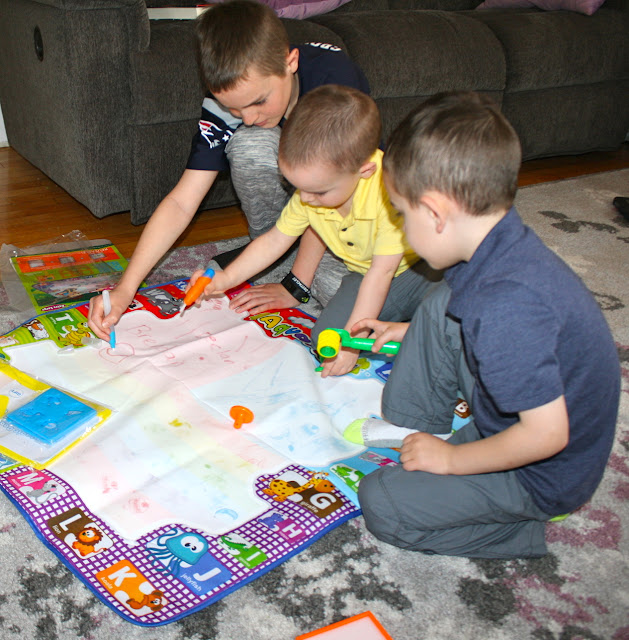 In case you're looking for gift ideas, here's some of what was inside:

And of course lots of candy and gum and cheese balls.

(I may have just figured out why I'm gaining weight!)

We met up with the rest of the family at my sister's house and had a lovely brunch, complete with INDOOR egg hunt (thanks to the rain) for the little kids.  It was a nice, relaxing day, and we had Easter Monday off this year due to Good Friday falling during our Spring Break.  We spent that day rearranging and purging the little boys clothes, which truly should have been a Lenten chore because I hate it so much.  But we had spent the last week of Lent in Maryland visiting Phil's family, so we had a lot to catch up on when we got home.  We also had a surprise surgery for one of our kids, so I have lots to overshare write about soon.  Thanks for reading, as always :)
"Thunk" by Colleen