Alexander the Great is Eight!

Xander has told me everyday this month exactly how many days until his birthday, and it fiiiiiiinally came!  He's EIGHT! 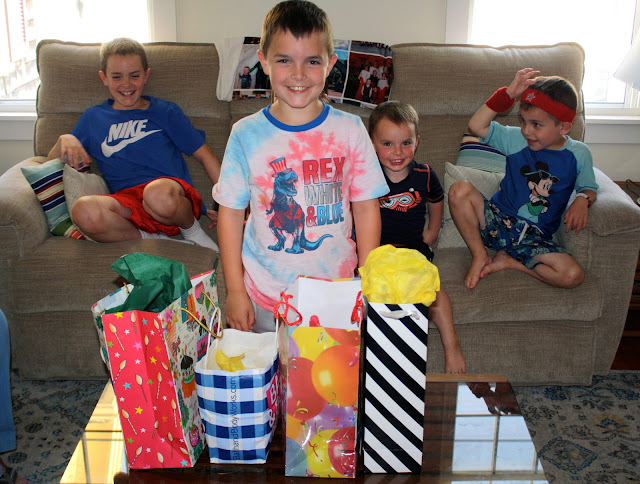 When we were discussing plans for his birthday, he started off by saying, "Well I definitely want to serve daily Mass, because it's my birthday, duh.  Then I'll go to the last day of camp for a little while, and then you can pick me up right after lunch and we can do something special." 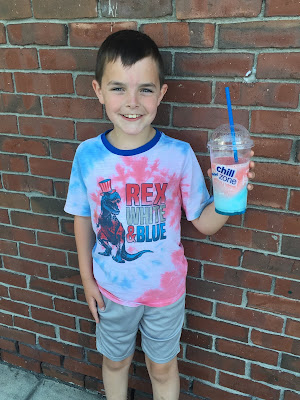 His special time with me included a Chill Zone that matched his shirt and a trip to the store to spend some of his birthday money from his GodFather, Fr. Jay.  He picked this and said it was what he always wanted.

Our oldest two boys were away on retreat on his actual birthday (Friday), and it was also Phil's last day of camp, so we picked up some Wendy's on the way home and held off on the real birthday dinner until Sunday when we were all together again.  We ate Maple Chicken, his choice.  But of course, he wanted his presents and cake on his real birthday! 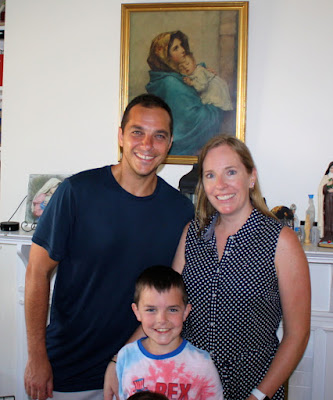 Blurry proof from whence he came. 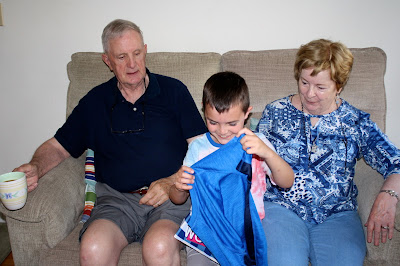 And from whence his mother came.

Gammy and Grandpa got him a much needed swim suit and swim shirt.  Xander asked for some uh, interesting, gifts this year.  First up, a lava lamp! 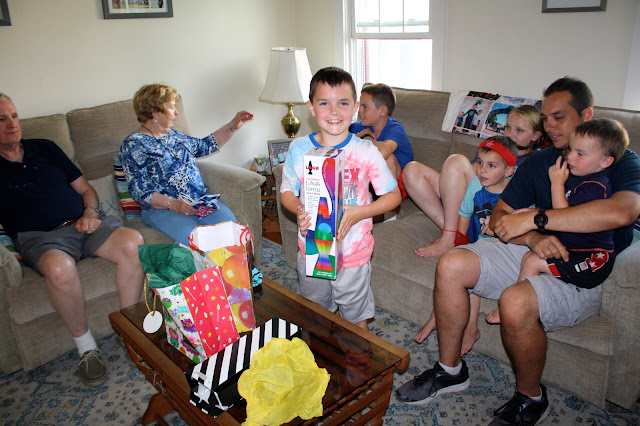 Then a Magic 8 Ball! 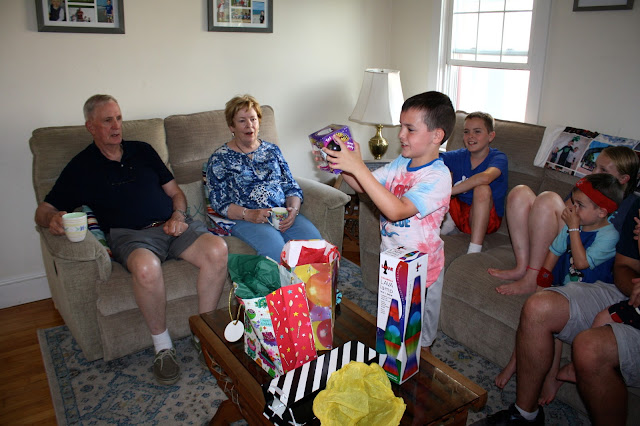 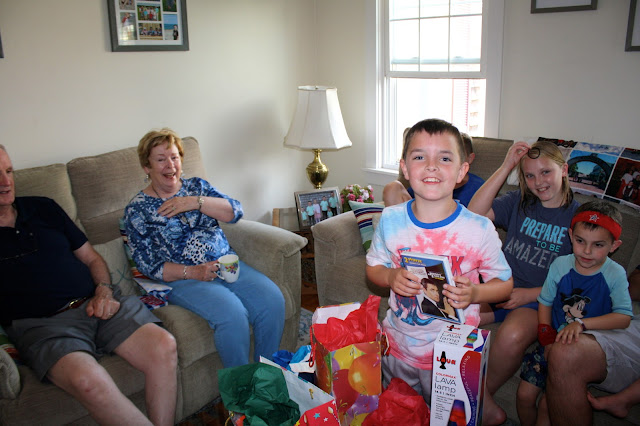 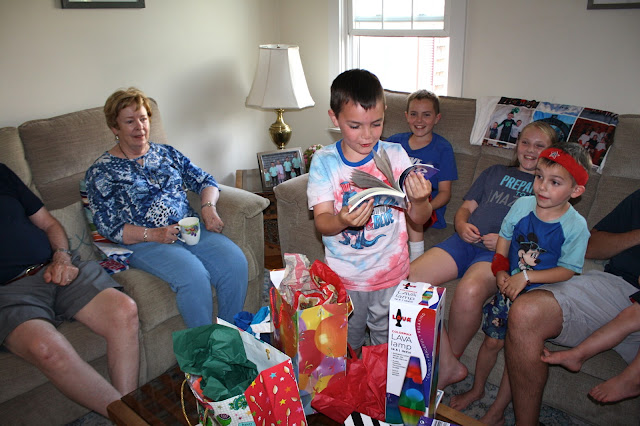 And last but not least, a Kindle!  He was very suprised by this, as he was hoping for some kind of hand held gaming system, but nothing as nice as a Kindle.  We got a great deal on Prime Day that we couldn't refuse! 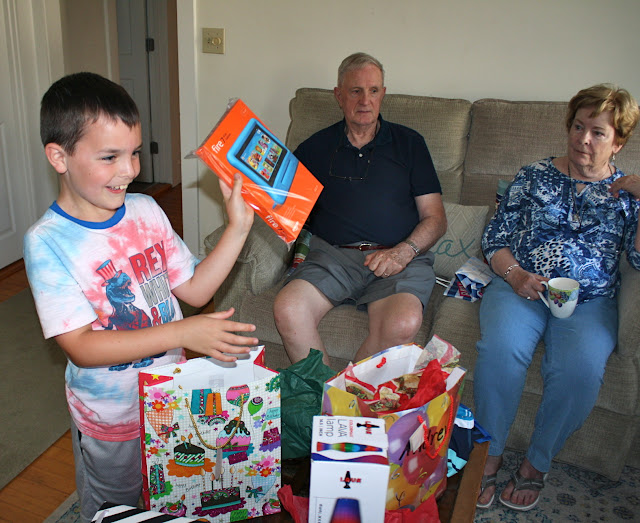 These happy campers are exhausted.  Declan has been wearing that sweatband non stop :) 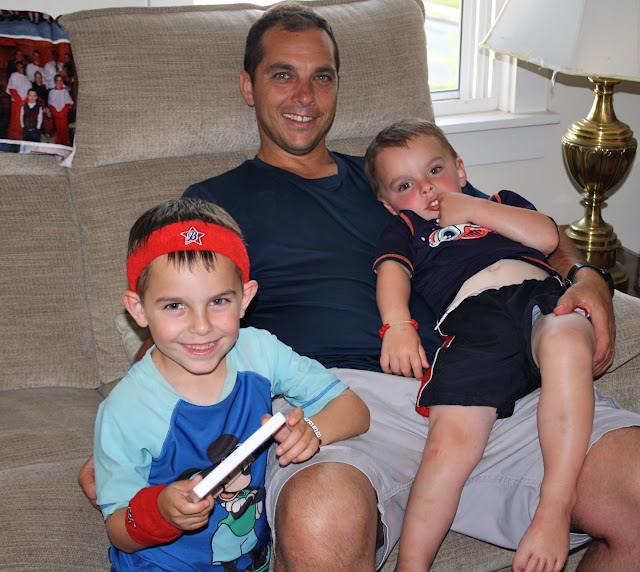 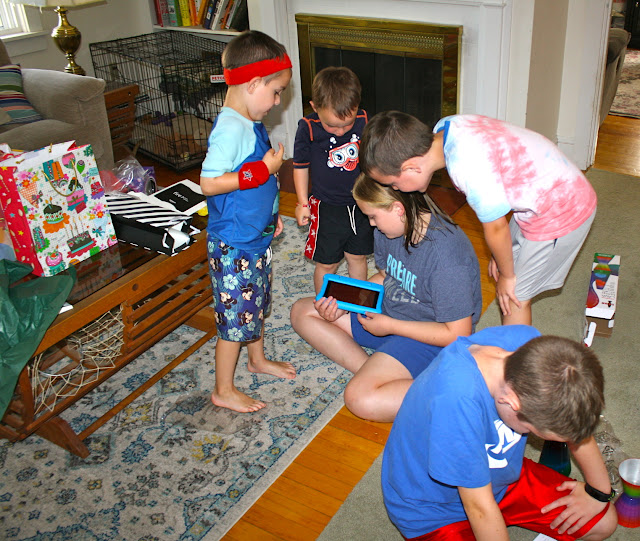 Nana and Gramps sent up a gift too!  The best kind of gift for a kid that loves money :) 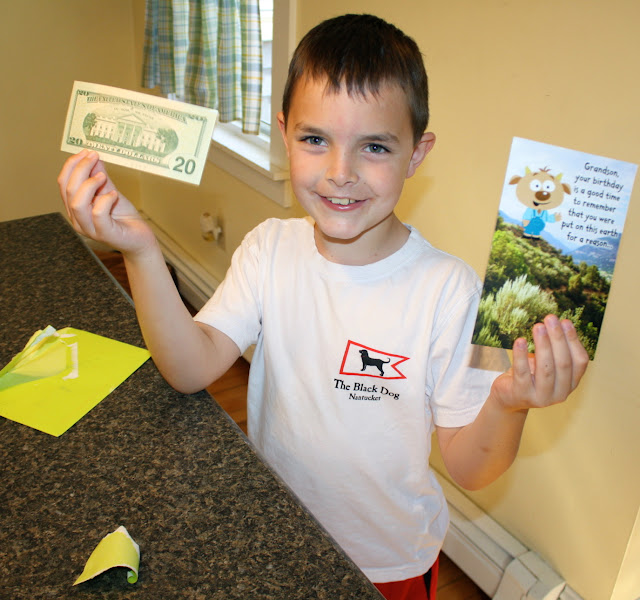 Xander requested a Mocha Ice Cream Cake - which was a folly in the making - but it turned out delicious if not pretty!  Layers of coffee ice cream with crushed oreos and hot fudge in the middle, whipped cream and some peanut butter cups on top.  Yum! 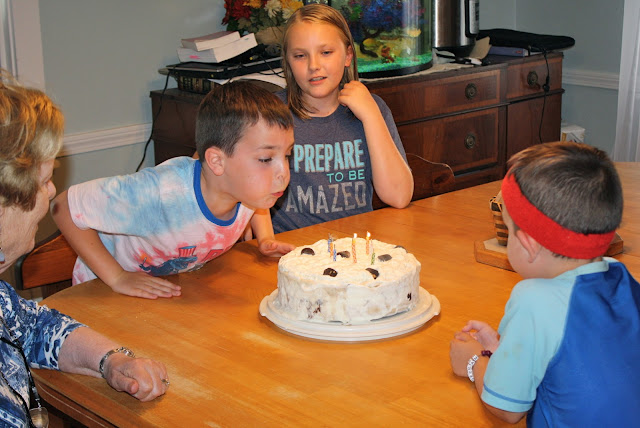 We love you Alexander and may all your birthday wishes always come true, especially getting to serve Mass on your future birthdays!  Just for fun, here's a little piano comedy routine from the next Victor Borga (watch until the end):
"Thunk" by Colleen