Seven Students in School (It's Surreal!!)

1)
School started for Brendan this week.  Brendan is our new three year old, and also "the baby" of our big, crazy, loud family.  He has been so very excited to start school like his siblings, and besides a few potty accidents on the first day, seems to be thriving!  Gammy gave him a "Baby Shark" backpack for his birthday, and we had a shark lunch box, so he's in oceanic heaven. 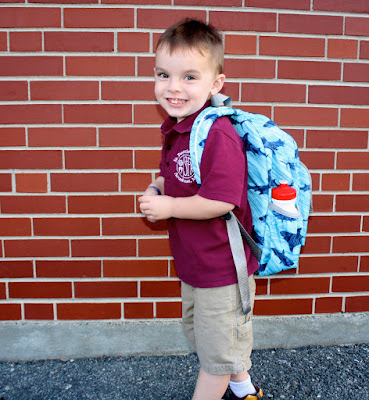 2)
I loooooove that I have five kids at the Catholic P-8 school, and two at our Catholic high school, where both Phil and I work.  We are so lucky to have these schools available for our kids and I'm forever grateful.

I am also shocked that ALL of my kids are in school. 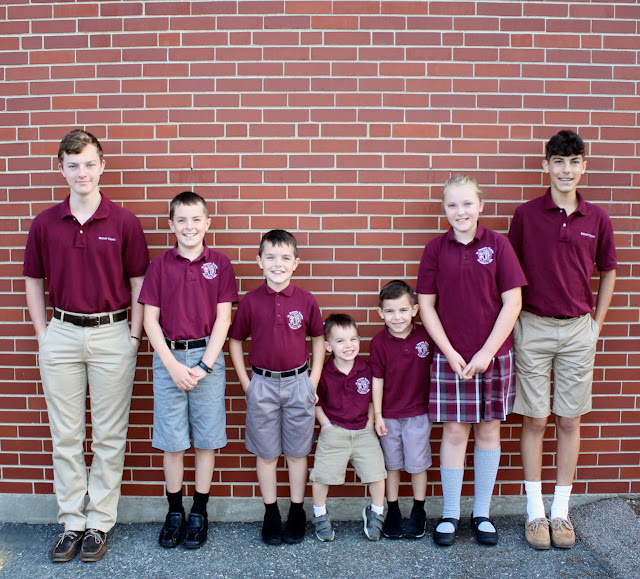 From L-R: JP is a Junior, Eamon is in 7th, Xander is in 3rd, Brendan's in P3, Declan is in Kindergarten, Maggie's in 6th, and Andrew is a Freshman.  Five kids in one school, two kids in another - all the same colors!

3)
Brendan said goodbye to his Portuguese Vavo and Vavu, after being lovingly cared for by them since he was 6 weeks old.  I hope he remembers all the Portuguese (they only spoke to him in Portuguese) or at least has an easy time learning languages when he's older! 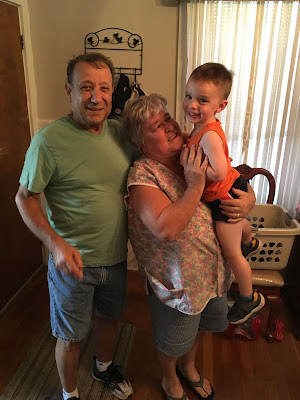 4)
Phil and I are still the only drivers in the house, but JP goes for his license this month, so that should help take some of the chauffeuring off our plates.  We have five kids playing soccer this Fall, but due to the EEE deaths, three of those kids are only having games on weekend mornings, and no practices during the week.  So it's made a normally hectic schedule so much easier...until the first frost when the mosquitoes die and we can have a million practices again.

5)
Eamon's soccer league has been playing since July, and because he's going to turn 13 this month, he's on the 15U team, and it's making my tiny 12 year old look even tinier.  He's such a great soccer player, but the coach this year doesn't seem to know him or his skills yet, and the missing practices aren't helping him prove himself.  Oh well, time will tell! 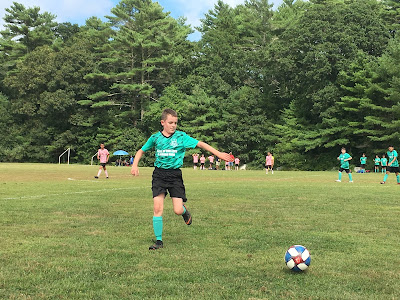 6)
JP and Andrew both play soccer in high school and have daily practices/games.  JP is a Junior on JV, playing beastly defense and is a captain on the team.  Andrew is a Freshman on Varsity (!!) playing some awesome offense for both teams.  It's nice when he plays with JV and we can see them in action together. 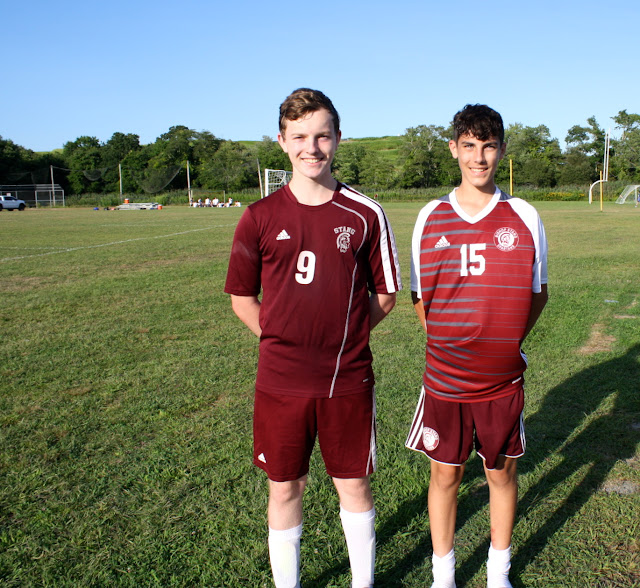 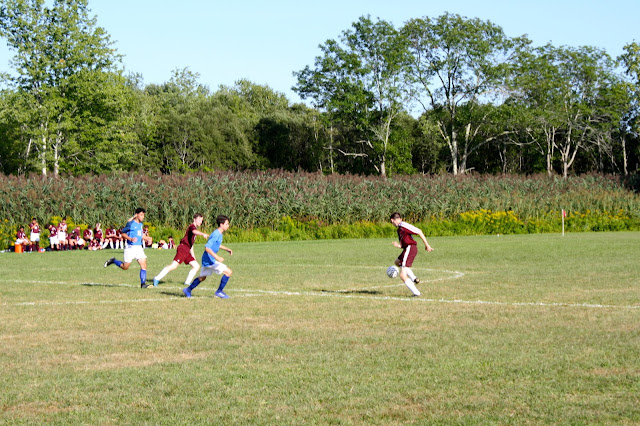 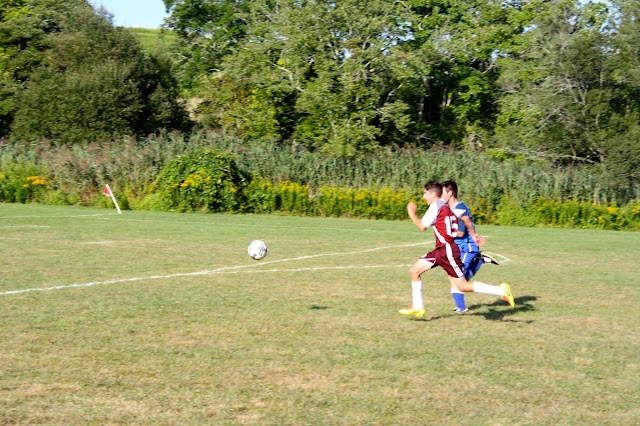 Tomorrow Maggie and Declan will start their soccer seasons at the more recreational league (less competitive) which suits them just fine :)

7)
We spent Labor Day weekend trying to fit in a bunch of fun family activities, starting with family confessions on Friday night followed by ice cream.  On Saturday morning, we took the kids swimming at an indoor Y pool, and then out to breakfast on Sunday after Mass, and watched an episode of Human Planet each night.  It's awesome, and a great family show to view and discuss.  There is some nudity but I try to act like a grownup and suppress my giggles to model maturity for my kids.  The last hurrah of summer was to use a groupon for indoor rock climbing on Monday.  It was really nice to have some forced fun family time and ended summer on a sweet note (literally, because I made indoor smores!). 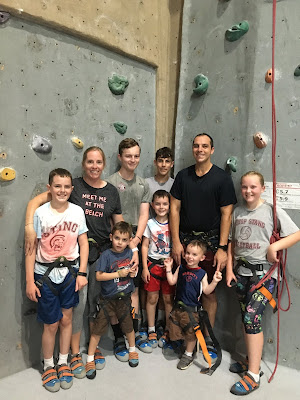 Hope everyone is enjoying the new school year and football season!  Linking up with Kelly as always, whose post today is especially great.  Cheers!
"Thunk" by Colleen