Helllooooo!  What a fun week we had, starting out with tons of weekend activities.  Let's roll...

On Friday night, we went to our high school's performance of Arsenic and Old Lace, which was fantastic.  You can see the set and my boys in their roles over here.  That's right, my sports loving boys are now thespians!  Haha!  They played the roles of dead bodies, and only came up for the bow at the end.  BUT!  They can now truthfully list theater involvement on their college applications :) 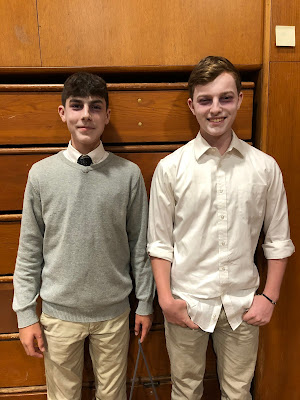 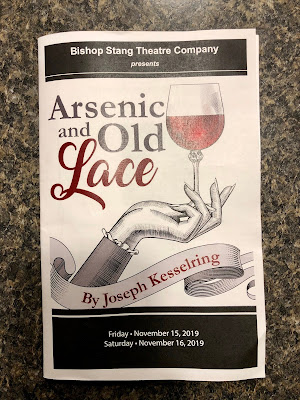 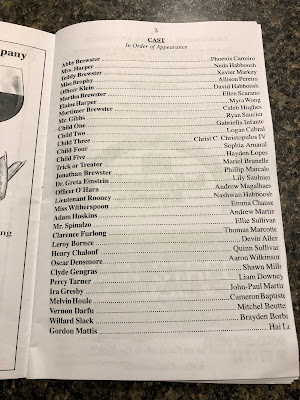 Andrew was actually supposed to have a bigger role in the play, still as a dead body, but specifically the dead body that gets thrown in the window seat, and then later buried in the basement.  They figured out a few days before the play started that the boy who was supposed to put Andrew into the window seat couldn't physically lift him out of the box.  Even though Andrew is skinny, it's really hard to reach down into a box and try to lift dead body weight out.  So instead, they just did that whole scene with the lights off and no actual body in the box.

On Saturday, we took the family for a little pilgrimage to the Museum of Family Prayer over at Stonehill College.  It's a museum dedicated to Fr. Patrick Peyton, who is now declared Venerable, and will hopefully be a Saint soon.  He is the man behind "The family that prays together, stays together" and I learned a lot about his life at the museum,  including that he came to America from Ireland at age 19, just like my own dad! 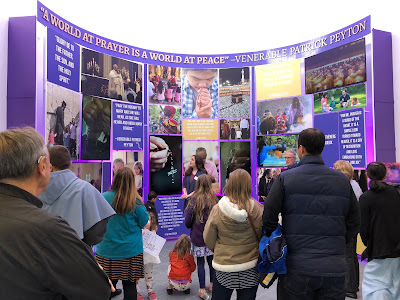 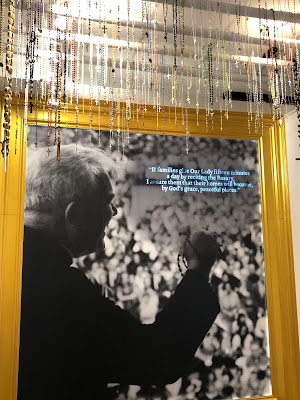 We saw families we knew at the museum, and a tour guide was a former student of Phil's.  Such a small Catholic world! 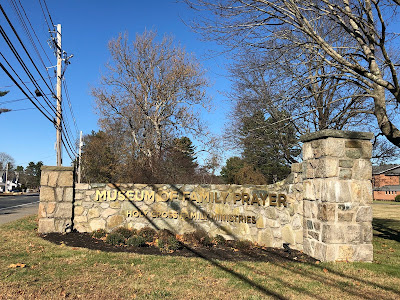 We went from the museum to a goodbye party for a priest friend of ours.  He is moving to Michigan, and I don't know why our Diocese is shipping off all of our good priests.  Urgh.

That night, Phil and I attended our parish's fundraising event: Family Feud.  I got picked to be on a team, and we won!  I was even in the fast money round at the end, and did pretty well, despite my extreme stage fright.  Just look at that uncomfortable face! 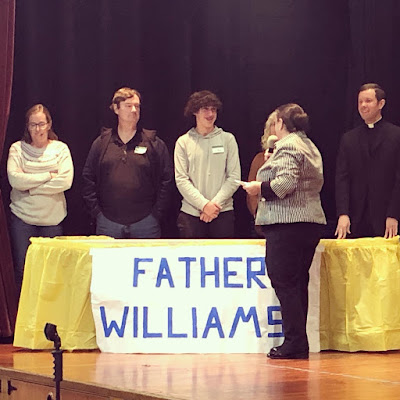 Have you started Christmas shopping yet?  I need to update my gift list and book list, but it feels overwhelming at the moment.  Maybe I'll get a burst of energy over Thanksgiving break next week?!?!

CYO Basketball games have started.  We only have two kids playing CYO this year - Eamon in 7th grade (shown below on left) and Maggie in 6th grade (her first game is tomorrow).  Andrew (grade 9) will try out for the high school team in December.  JP is taking a season off from Winter Track, as he finishes up the college program he was a part of.  Poor kid has so much on his plate!  Xander is sticking with weekly piano practices, but soon he and Declan will start swimming lessons again, I just can't bring myself to add it into our schedule right now. 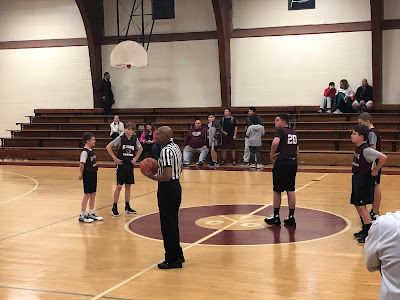 My beautiful (inside and out) friend, Sarah, sells Beautycounter, which I'm sure you've heard about.  It's a clean, natural based makeup/skincare company that has a huge following. 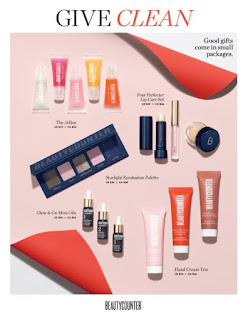 I have the sheer lipstick and concealer and overnight peel, and I'm about to order the foundation and brush and lip gloss.  Maggie will be getting this in her stocking this year.  If you're interested in shopping, please use this link to support Sarah and her family through this business.  Thanks!!

And that's what's been going on up here in Massachusetts.  Have a great Thanksgiving-prepping weekend everyone!
"Thunk" by Colleen