Andrew turned NINE on Friday. His last year of single digits.  Sigh.  They never listen to me when I tell them to stop growing up.

For his big day, he wanted to go to the Homecoming football game at our Catholic High School.  Andrew loves him some football.  He is more than happy to watch any and every football game he can.  This apple doesn't fall far from the Phil tree.

So we gave him one of his birthday gifts, a Nerf football, and headed out to the game.  We made a pit stop at the local frozen yogurt joint for his birthday dessert. 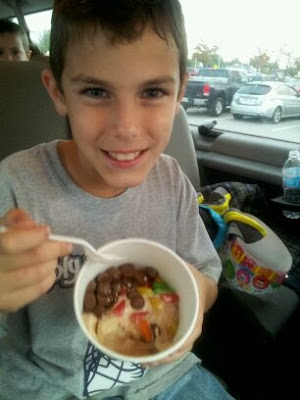 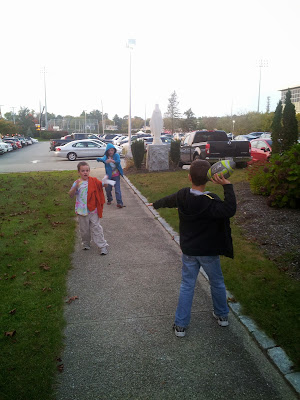 Once we got to the game, the kids found some friends and just ran around and played for an hour and a half. 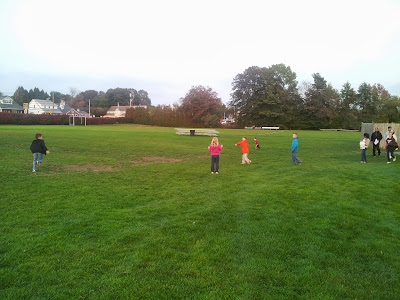 Then we came home for some baths and presents!  I made him blow out that candle so we could sing and it would all be official. 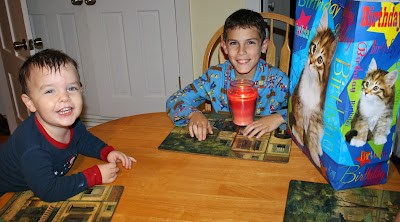 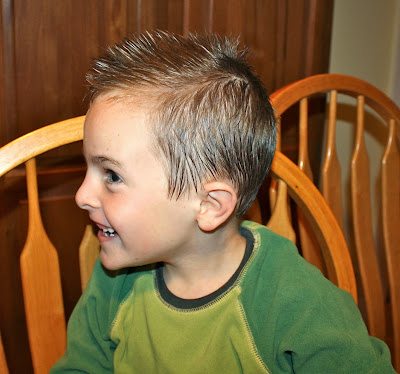 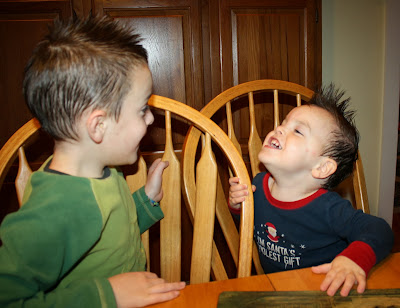 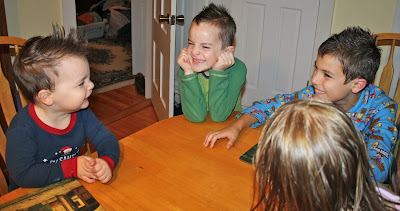 He was thrilled with his Lego watch: 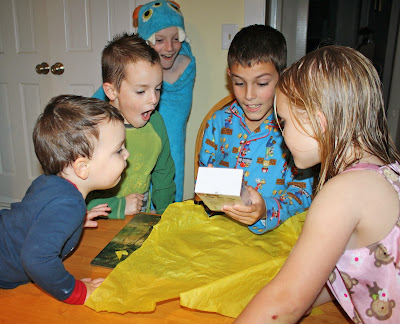 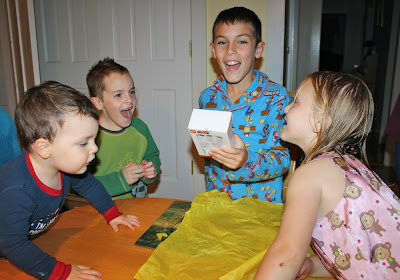 And his Patriots Tervis cup: 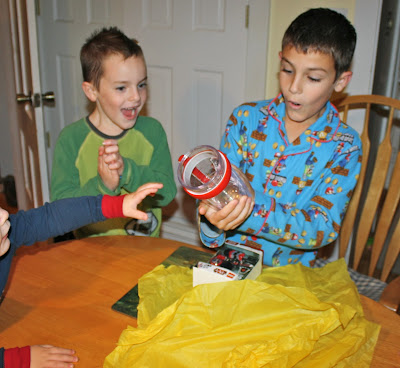 Eamon was very supportive and excited as well.  What a cutie! 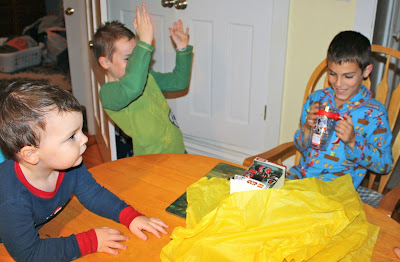 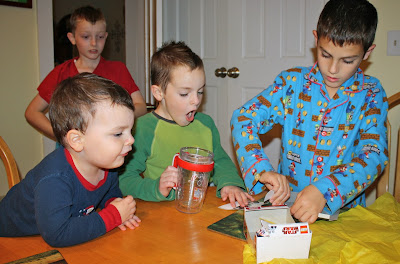 My kids crack me up when they make birthday lists.  He really wanted a 2014 Kids Almanac, and he's barely put it down since. 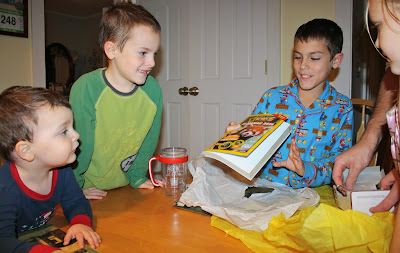 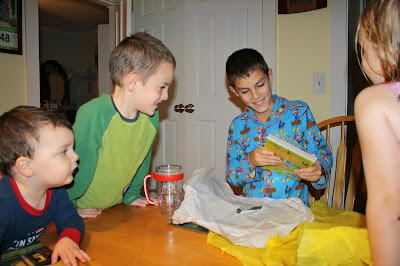 All in all, it was an "awesome birthday" for our favorite nine year old. 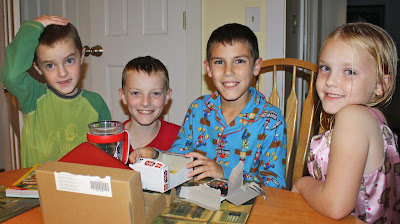 This tired Mom is glad birthday season is almost over.  Today Evie (the cat) turns one, and then on Friday Phil turns 33.

Then we're done until December.  Phew!