The Birth of The Sixth Baby, Part 1

Wow, I can't believe he finally decided to show up!  Declan definitely did not follow Martin baby protocol, but I guess if you're going to be the 6th child, you have to make a grand entrance into this world. 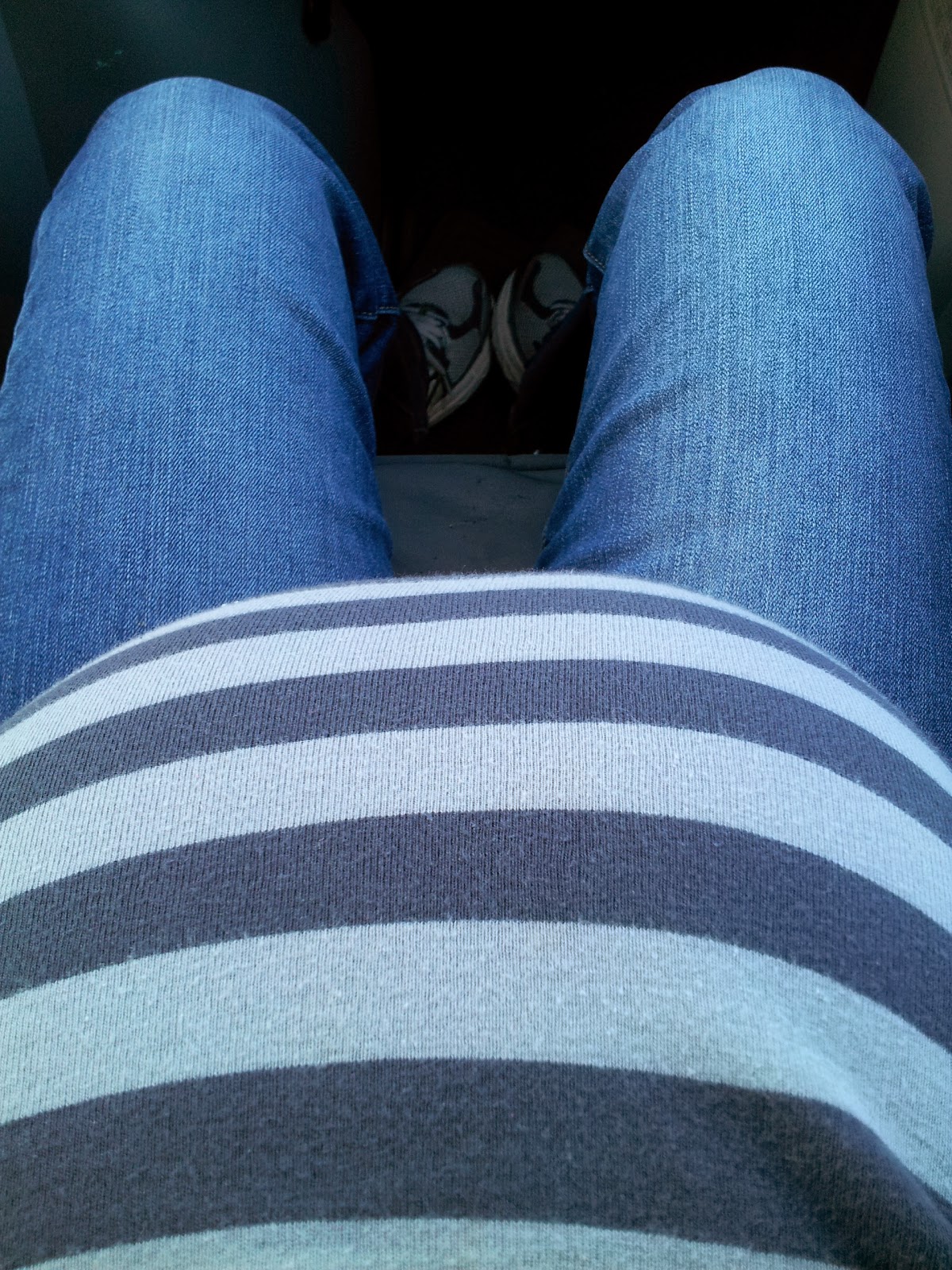 And this is his story...

Baby Martini, as he was affectionately known throughout this pregnancy, did not come as planned, which was earlier than his March 23rd due date.  All of his siblings came nice and early, and I had hoped and planned on a St. Patrick's Day or St. Joseph's Day baby.  I stupidly told everyone who would listen that this baby was coming in the middle of March ("because I always go early!") and was busily wrapping up any loose ends at work and home to be ready for that impending labor.  I had even joked to God (because He loves my sense of humor) that since this Lent would find me 9 months pregnant and having a natural childbirth (hopefully), that I didn't have to sacrifice anything else.  God decided to make my Lent a little more sacrificial by making me go wahahahahay past my due date (10 days past a due date = approximately 47 regular days) and I'm still trying to figure out His sense of humor.  Hmmph. 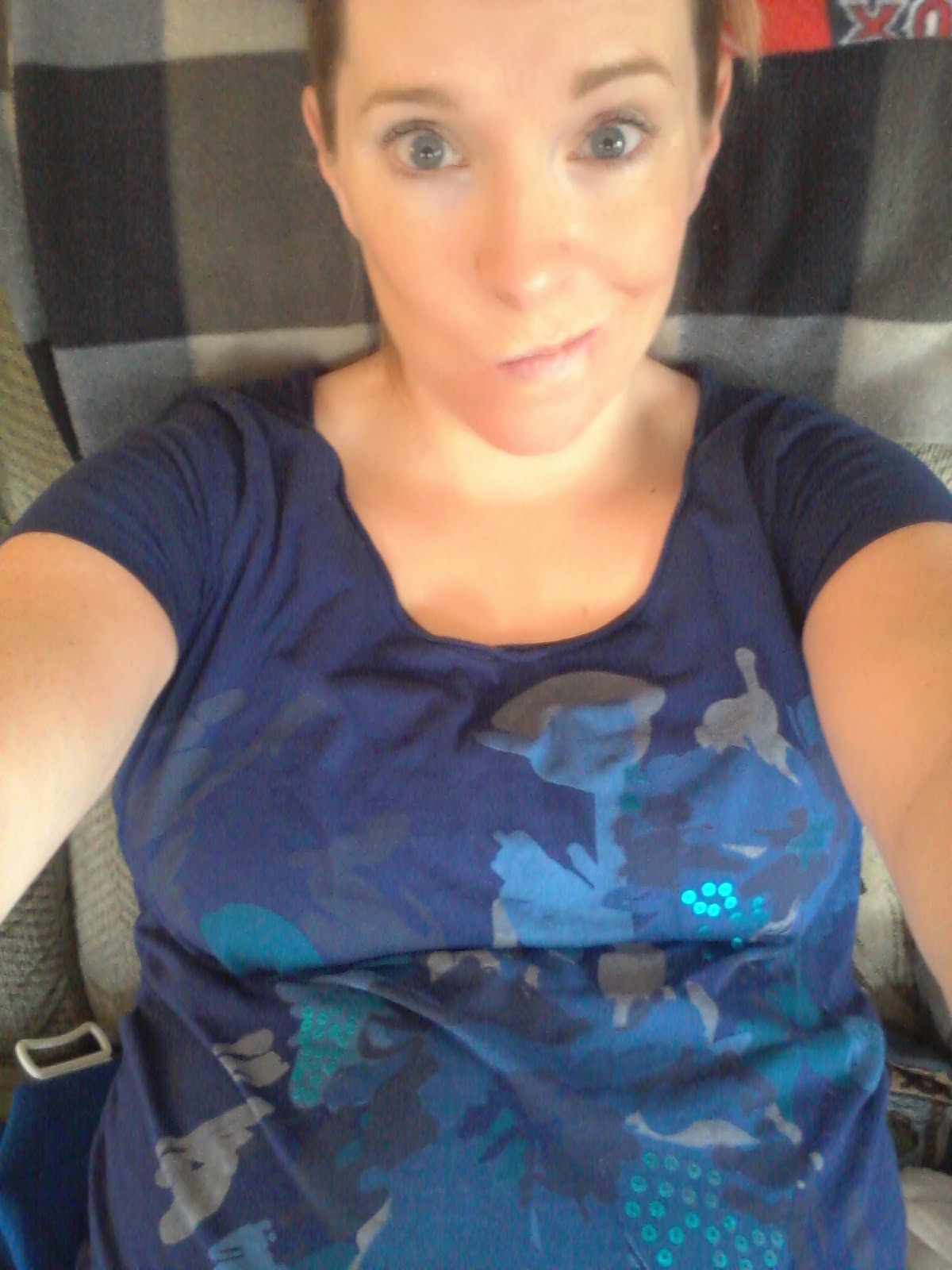 So there I was, large and completely not in charge at 10 months pregnant, just waiting on the contractions to start.  Because my last two labors had been very fast (2 hours and 3.5 hours) and in the middle on the night, we decided it would be best to start sleeping at my parent's house (close to the hospital) near my due date.  My parents wholeheartedly welcomed all 7 of us into their two guest bedrooms and we all played the waiting game together.  Every morning, Phil would get up and feed the kids and then drop them all off at school on his way to work, while I stayed at my parent's house and was babysat by my mom, who would not let me out of her sight.  My mom had six babies herself, including one precipitous birth (me) and one stubborn and large and late baby (her 6th).  She knew all too well that labors could go incredibly fast and as I went later and later past my due date, she became more convinced that I was going to have one contraction and then give birth in her house.  So all eyes were on me and my gigantic belly.  We did have fun while we could, going shopping, for walks, getting my nails done, going out to lunch, anything to pass the time and keep my mind off the fact that this baby was not coming until December, apparently.  We also said lots of prayers, Rosaries, Chaplets, watched EWTN and generally had a retreat atmosphere going.  I kept telling her that I didn't know I was going on retreat when I agreed to stay there, but that's what happens when you have parents who are 3rd Order Franciscans :)

In between all the praying and eating and gallivanting, I had a few midwife appointments.  Let me pause to say how amazing my midwife is.  She's amazing.  OK, so she was very sympathetic to my plight that I was overdue with my 6th baby, living at my parent's house with the whole family, and willing to try anything to help labor start.  She stripped my membranes on two separate appointments with no results.  On Friday, March 28th, she made me an appointment for a non-stress test on Tuesday, April 1 and scheduled me for an induction on Friday, April 4th.  She also reminded me that babies come on their birthdays and giving up control is hard for Type A people like me.  She assured me the baby was not ten pounds like I was convinced he must be, and confirmed that with my perfect blood pressure and small weight gain, we had nothing to worry about.

I felt better knowing there was an end in sight, but was still determined to start things naturally (they don't call it the Pit Drip for nothing).  I drank through three boxes of raspberry leaf tea, walked 2 to 3 miles a day, ate spicy foods, ate scallops (they put me in labor in the past), and finally started researching castor oil.  I emailed Michaela and Sarah to get their castor oil advice and techniques, went to the pharmacy on March 31, found the castor oil, held the precious elixir in my swollen pregnant hands, and ultimately decided to wait until after the Non Stress Test the next day to buy it.

On April 1st (I couldn't even pretend to have given birth as an April Fools Joke...it just wasn't funny) I went to the Non Stress Test, and discovered that the fluttering and tightening sensations I had been feeling for weeks were actually contractions.  Uh yeah, 6th pregnancy, and I still didn't know what early contractions felt like. D'oh!  During the test, the contractions were 6 minutes apart, so I was hopeful that things were starting for real.  I went home, took a nap...and nothing.  At least nothing regular or strong.  I felt defeated.  My friend, Michelle, happened to text me that evening asking if I wanted to go to breakfast the next day, and after NOT making any appointments/commitments for the past 2 weeks, I finally thought, what the hay, and agreed to meet her for Mass and breakfast the next morning.

I went to bed that night and on my 3rd bathroom trip, around 4 am, I noticed contractions had started again.  This time the contractions felt a little stronger and lower than the ones I had been having earlier in the day.  I stared at my sleeping husband and after a few more decided to wake him up so he could time them just in case it was actually for rizzo this time.  We timed them for the next 2 hours, and they were about 8 minutes apart...then 12...then 13.  Defeated again, I decided to go back to bed and Phil got dressed for work.  When he came to kiss me goodbye, and I saw him all dressed up in his shirt and tie, my gut told me that he shouldn't go to work.  Then my head told my gut to shut it because I couldn't ask him to stay home when contractions were nonexistent when I was laying down.  But then my gut started yelling that these contractions were different and Phil should NOT GO TO WORK.  My heart got involved and told my eyes to fill with tears as I tried to explain to Phil that I really needed him to stay home even though this baby wasn't ever going to be born EVER and it was the one day that I had made breakfast plans and how could I cancel them if I thought I shouldn't go but wasn't even in real labor?!  My smart man (knowing that insanity was a signpost of impending labor) decided to call in to work and say that contractions had started and we thought today *might* be the day, and texted Michelle to cancel our morning plans.  Then he changed into jeans and a sweatshirt and left to bring the kids to school, and Xander to the nanny's house.  I went to sleep and woke up before he had returned feeling really bad that contractions had stopped completely.  I got up to eat breakfast and much to my surprise, felt the contractions pick up again!  Phil got home and we hatched a plan to go on a long walk to get things more regular.  It was April 2nd after all, which was the anniversary of the day Pope John Paul II entered eternal life, and he would want to help us bring a new life into this world, right?