Hello from inside my house!  Can you believe we're still all doing this?  Crazy times.  Phil and I made a Quarantine Bucket List of (mostly fun family) activities we wanted to accomplish before we went back to work/school.  Then on Tuesday, the governor of Massachusetts closed school for the rest of the year.  Oy vey.  So now the kids are staring down 2 more months of home learning, and we are not feeling rushed to check items off the list super fast, so here are the seven things we did this past week while on April break...

This one has been on my todo list for a looooong time.  We had an unorganized filing box of all our important paperwork that I wanted to sort into binders with sheet protectors.  On a rainy afternoon, I sat on my bed, watched some brainless tv, and got it done.  Isn't it funny the amount of time we take to put something off vs. the amount of time it takes to get it done and feel awesome?  Why do I ever procrastinate? 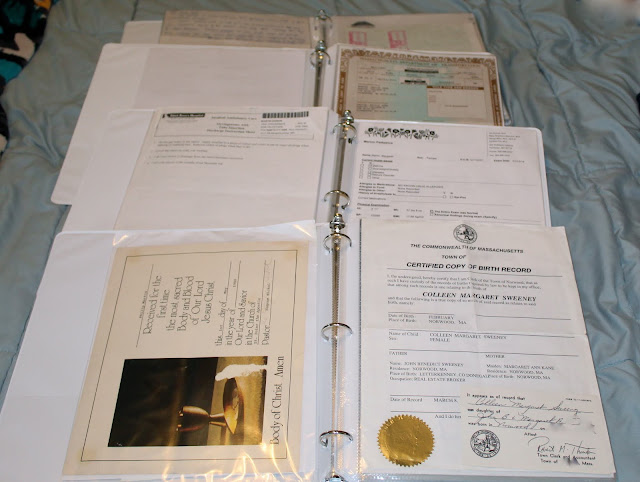 We keep looking for family activities we can do together (or at least the kids can do together) because we want them to have shared experiences and memories instead of each playing/watching individual screens.  Learn to Draw videos have been amazing!  They really get into it, and they are all so much better artists than Phil or me. 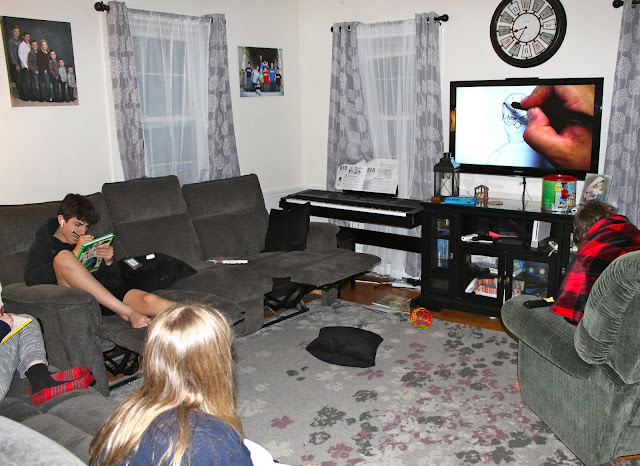 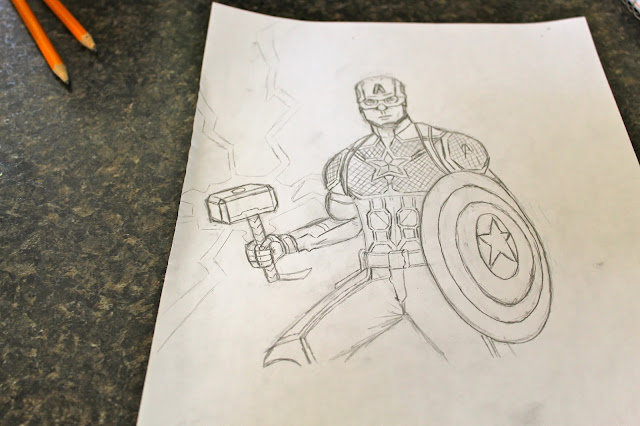 We have told each kid over the age of eight that they need to learn how to cook one meal and one dessert during this time.  Maggie was up first, making one of her faves, Korean Beef Bowl, with strawberries and homemade whipped cream for dessert. 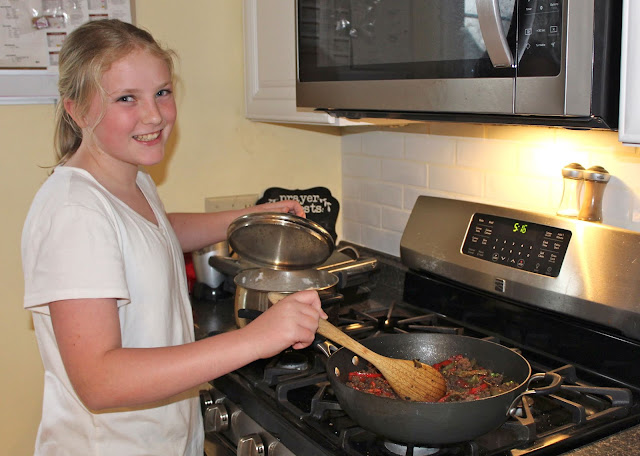 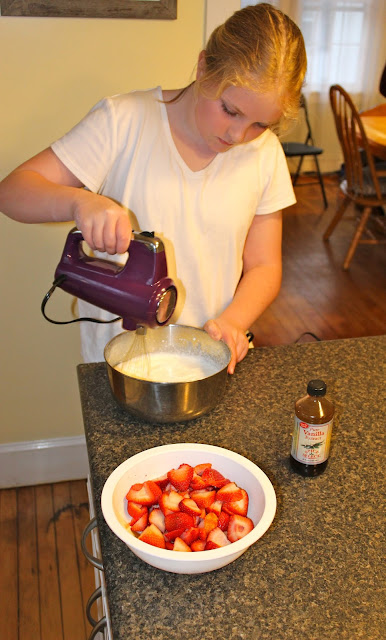 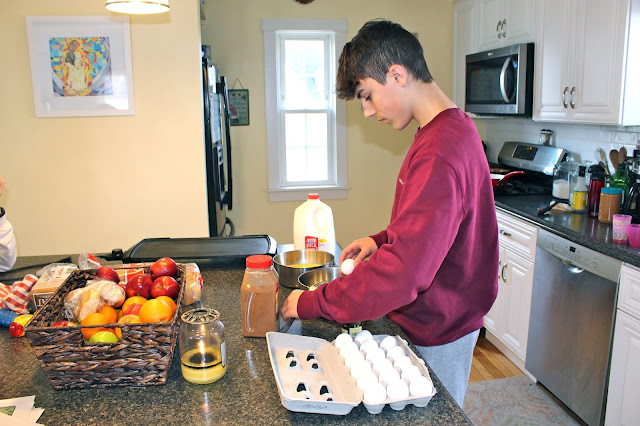 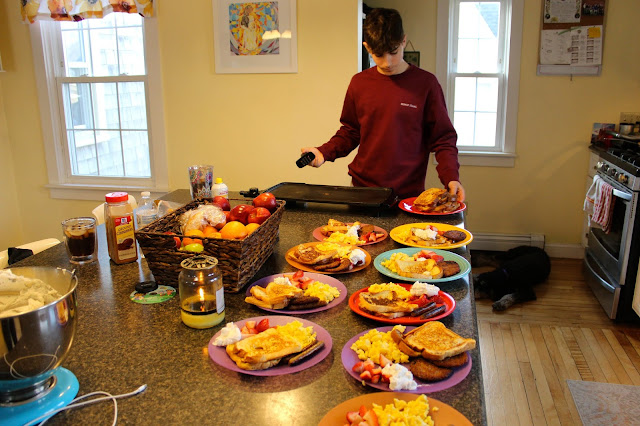 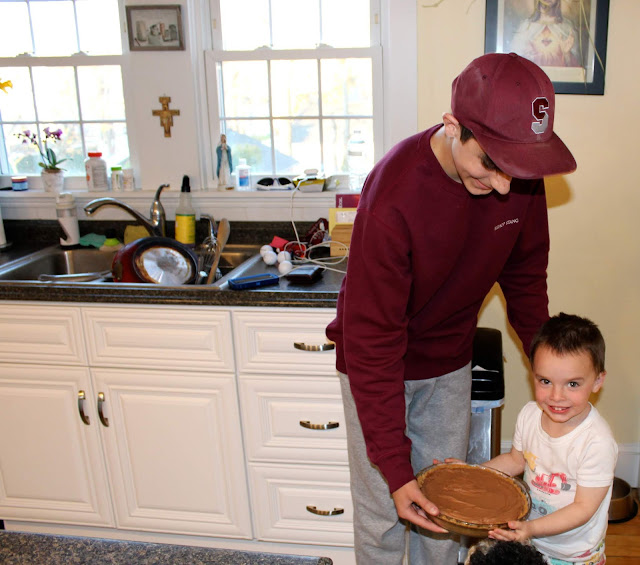 Phil and I played a game on our last date night, where we googled a list of questions, each had a whiteboard and marker and had to guess one another's answers.  We thought it would be fun to do with the kids, with each kid getting a turn as the "victim".  JP was the first victim.  Phil would ask a question (actually, Declan took on the role of reading it aloud) and we would all write down our answer on our whiteboard, including JP, then we would all show our answers and see who matched JP's answer, thereby earning a point.  It provided a ton of laughs and cute three-year-old Brendan had his own board, and was SO INTO playing even though he can hardly write.  He would scribble out some letters, say he was ready, and show his answer with the rest of us.  It was adorable.  We would give him a point for any answer that nobody else got right.  He almost won! 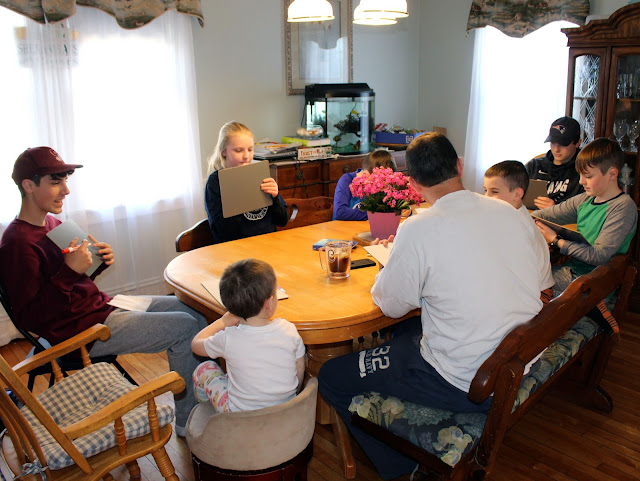 Yardwork was on Phil's list, and he was able to make the front of our house look so much better by getting rid of a dead bush, planting some new ones, put down fresh mulch, and uncovering a stone walkway to our front door that had been covered with grass since we moved in.  Score! 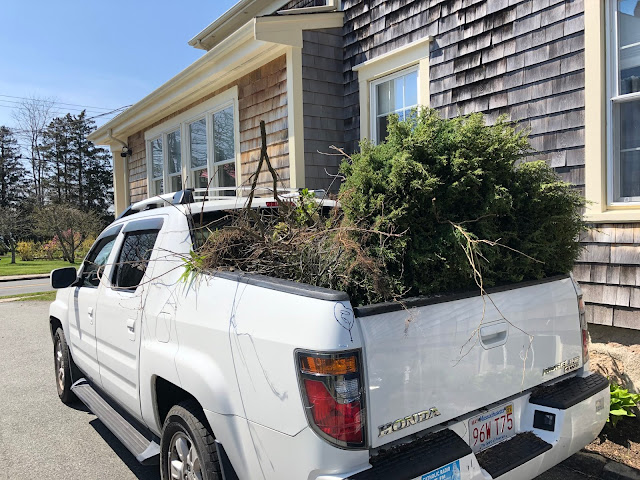 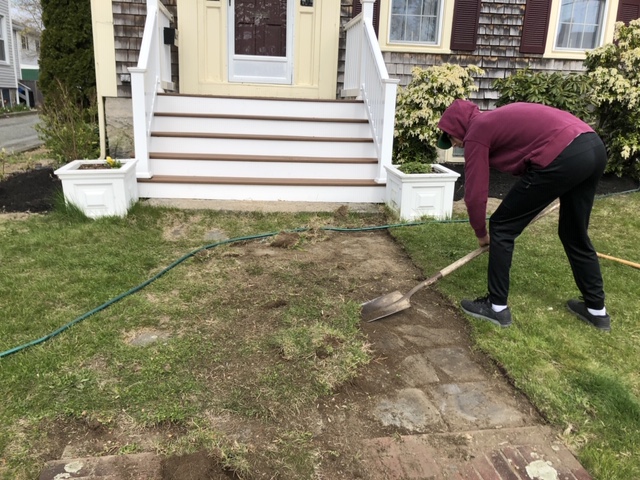 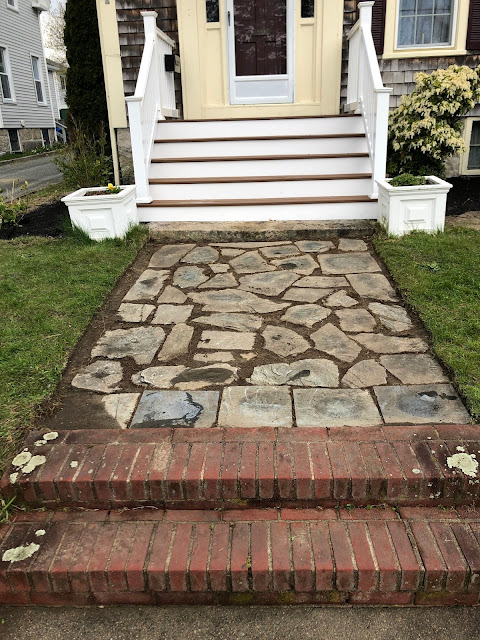 Andrew planned and executed an Escape Room for our family.  He spent a long time working on the clues, and setting it up.  We were all gated into the family room with a 30 minute timer and had to solve the clues to escape to the kitchen where dessert was waiting.  It was very fun and nervewracking for me, who doesn't do well under pressure.  But we made it out!  Now Phil and I are working on one for the kids to complete soon. 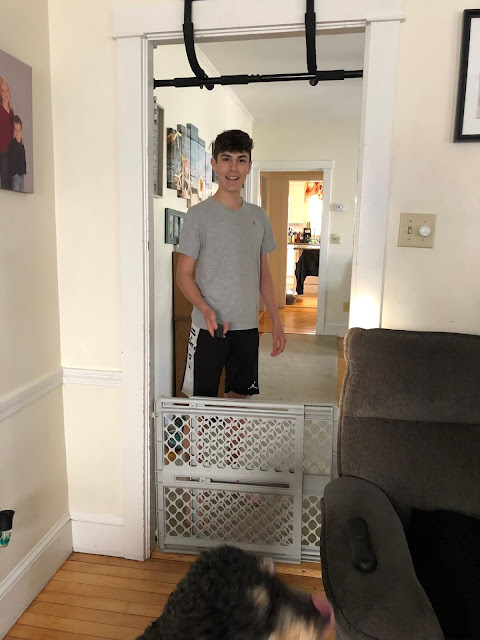 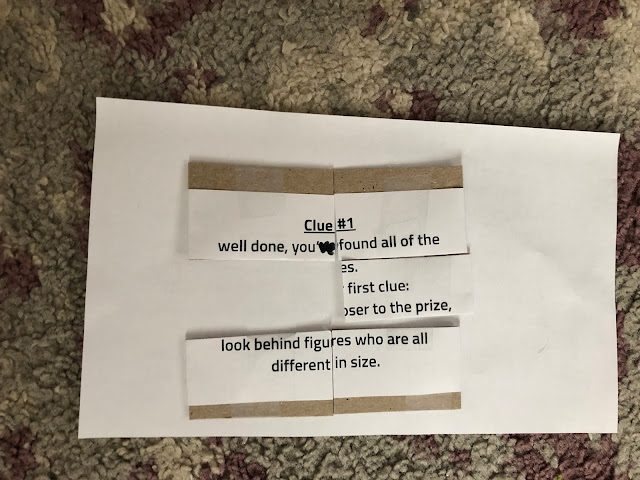 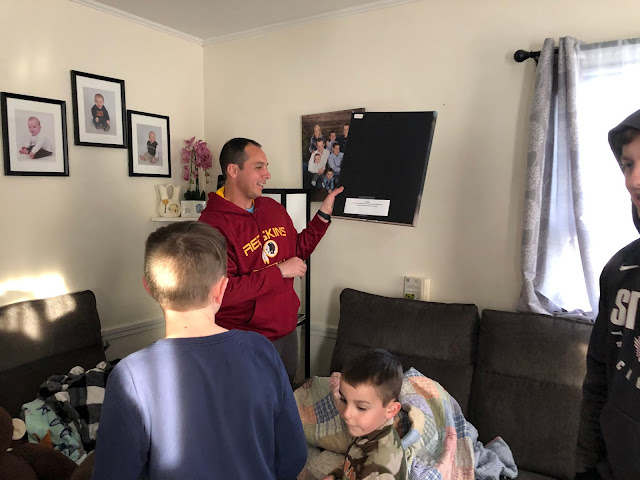 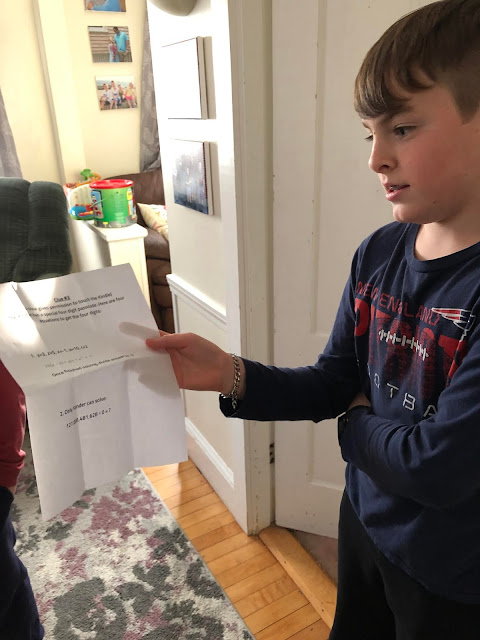 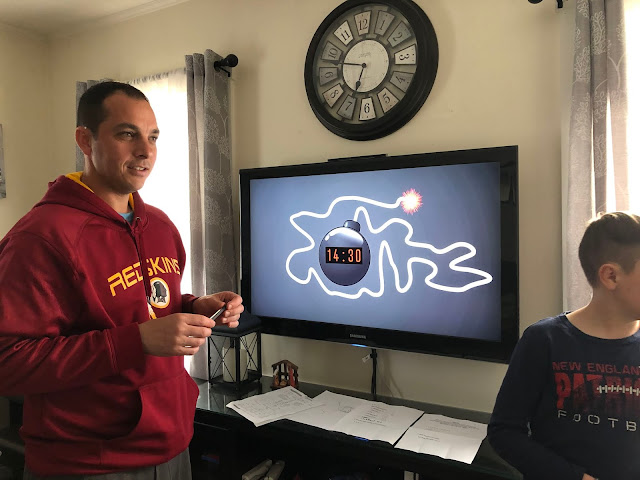 Yesterday was a beautiful day, so we took the family out for a little hike and then picked up some homemade ice cream for dessert.  It was very nice, especially since today is rainy and cold.  Boo. 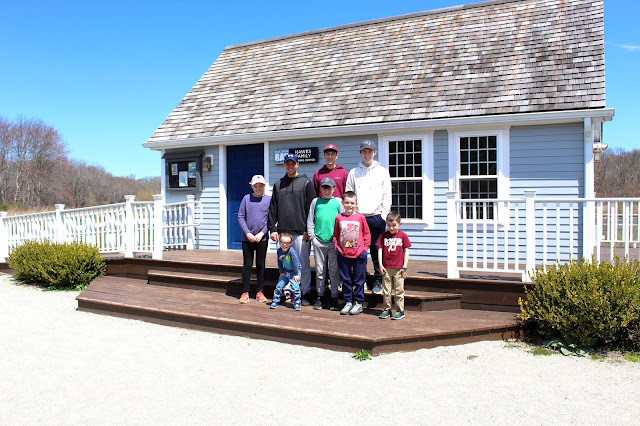 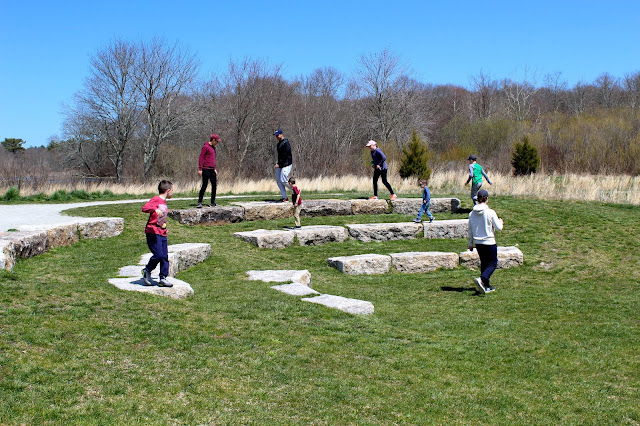 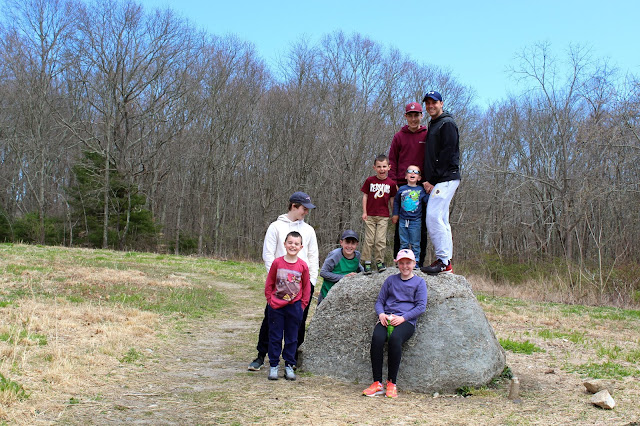 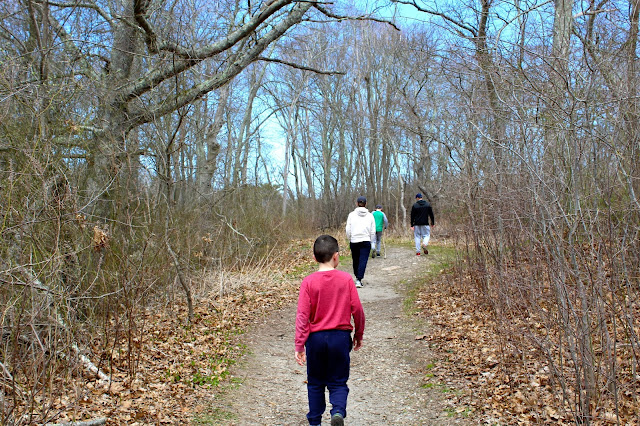 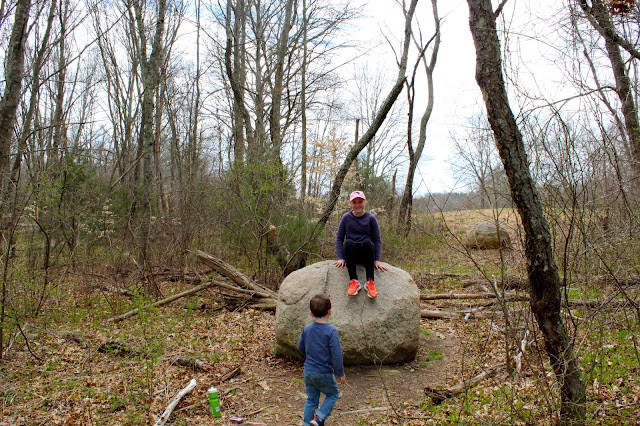 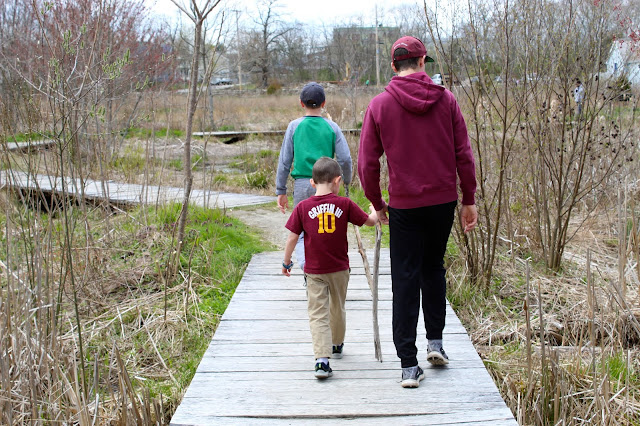 I gotta say, as much as they can drive me crazy at times, there are truly no other people I would rather be quarantined with than these goons.  I love my crew! 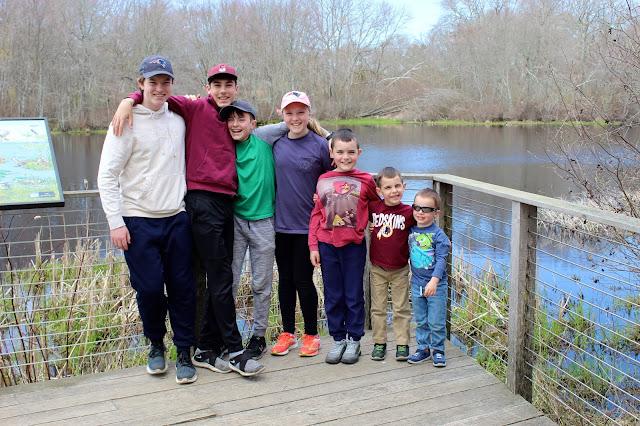 I hope you all have a Quarantine-Bucket-List-checking-off kind of weekend everybody!
"Thunk" by Colleen