Hello again, we've just returned home from a trip to Maryland which is my excuse for not blogging in a long time. Phil's grandfather passed away merely two months after his grandmother died. At least they are now together, which is exactly how he would have wanted it to be. The wake and funeral were at the beginning of this past week, and then we visited friends and family for the remainder of our stay. We took the kids to the DC Zoo and they had a great time seeing all the big animals that we are missing from our zoo; pandas, tigers, chimpanzees, gorillas, lions, etc.

On Saturday, my cousin Eddie got married in DC, and the wedding was awesome!! I got to meet cousins that I had never met before from Ireland and Scotland, and they were so amusing. Especially Grant, the Inspector from Glasgow who wore a kilt, and when asked about what was underneath it, refused to answer. His wife (my cousin) however, happily told us that what they say is true (nothing!). I actually forgot to take my camera to the wedding, but I will get pictures from my Mom to post later.


On the home front, when I went to the gym last night, they were having a special promotion for 2 hours where you could join for $0 down and $19.99/month. When I signed up 2 years ago, I had to pay a $200 fee to join and then it was $19.99/month. Needless to say, this was a great deal and I signed Phil up so that we can both be gym rats together!!

Eamon has just been moved into the "big boy room" with John-Paul and Andrew. It's a big bedroom, and we have 3 beds in there for them. So far, the transition has been smooth sailing.

Hmmmm, what else has happened recently???? Oh yeah, here's big news: Maggie got her ears pierced! I know, I know, I never thought I would be one of those moms that pierced their baby's ears. Turns out that I am. After three boys and then finally having my adorable, but bald, baby girl, I really wanted her to have earrings. So we did it, and she cried for about 20 seconds and then got over it, what a trooper!

Here's some pictures of our vacation week (minus the wedding pics which I will have to get later):

Here's a bunch of pictures of the boys playing outside at Nana & Gramps' house. They have a lot of land and a basketball hoop, and the boys love being outside. Plus, it was low-to-mid 70's the whole time we were there! 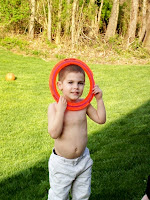 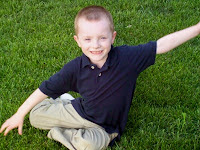 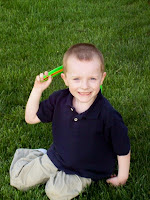 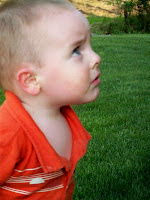 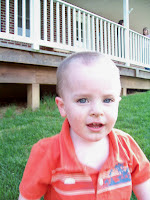 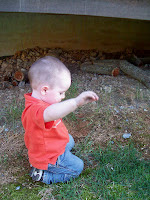 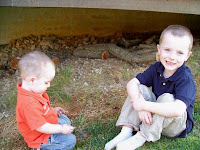 Below are two pictures of Maggie and me getting her ears pierced. Notice my nervous smile in the first one, and my shameful mother face in the second... 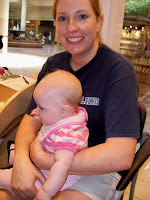 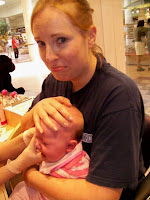 Here are some zoo shots... 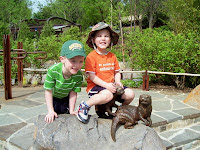 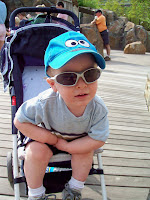 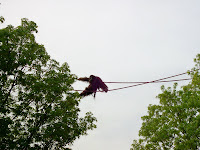 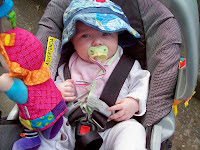 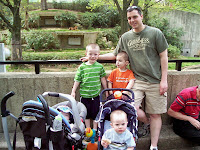 In other Maggie news, here she is trying oatmeal for the first time. She did pretty well and seemed to enjoy it! She also finally began rolling over on the floor just before she turns 5 months old. But at 18 pounds, rolling over was quite a feat! 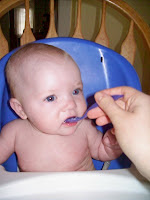