Happy Last Day of November!  Linking up with Kelly of course... 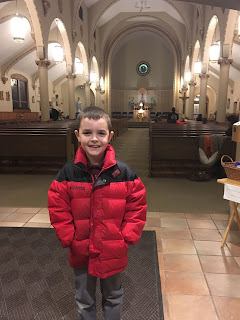 As soon as it was over, he said "You're right, it DOES feel so good!"  Then we went and picked out a treat at Cumberland Farms (his choice).  He picked BubbleTape (remember that stuff?!)
Read more »
"Thunk" by Colleen 7 comments:

Jenny asked me to write this post awhile ago, before summer had even started, but I think having waited this long and made it through another summer (aka screen season) has given me more food for thought to write this now. So I guess procrastination does pay off sometimes!
But not when it comes to family rules about screen times.
It’s never too early to discuss expectations, set rules, and enforce them even if it means being the mean parent. I recently came across this quote:

Read the rest of my article over at Mama Needs Coffee (thanks Jenny for having me guest post!)

Since it's almost Black Friday, and that means deals, deals, deals, here's a list of tried and true gifts we've bought through the years.  Hope you find something for your special someone :) 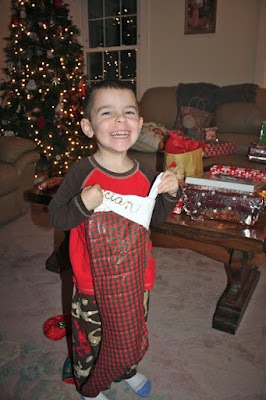 (List contains affiliate links, which don't cost you anything extra but help us get a teeny tiny kickback if you shop through my links - thanks in advance!)

Also, I always shop through EBATES to earn extra cash (they send a check!) while I shop. 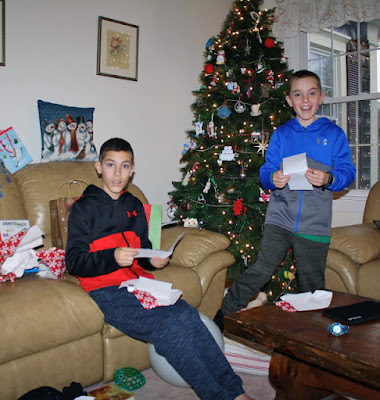 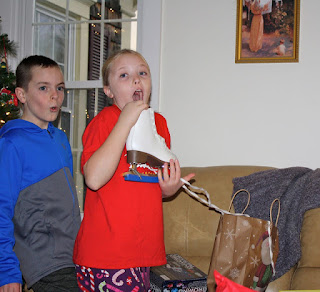 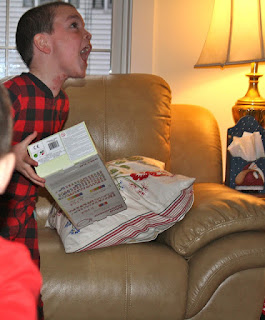 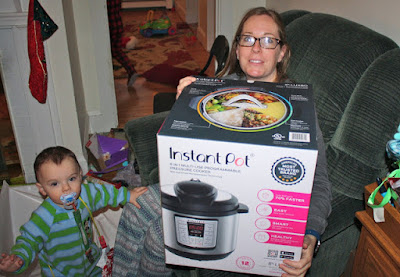 Gifts for the Lady
Fitbit Blaze with changeable wristband
Sanitizing toothbrush holder
Cute belt
My favorite tea
My favorite daily water bottle (so easy to clean)
Running water bottle (Handheld and I don't run without it)
Great book for women for the new year
Running shoes for her
Favorite mom running pants (only $16 right now!)
Garment steamer (For the gal who hates ironing...which is like everybody, yes?)
Fiestaware plates (I'm adding to my collection)
Willowtree Nativity Set
Catholic tees (I'll take any of these :)
Fire Stick
Catholic Journaling Bible
My favorite scented Mrs. Meyers
Instant Pot 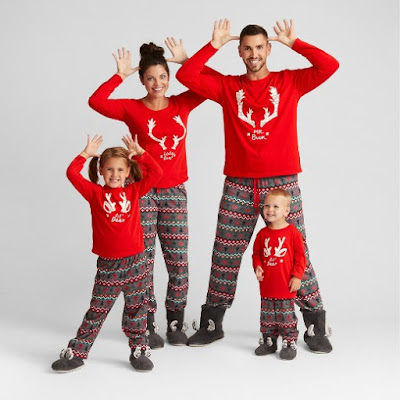 Boxing Gloves for adults, kids, and mitts (so fun to spar together)
Krypto (the BEST math game for all ages)
Connect Four
Bose Bluetooth Speaker (how we dance every night!)
Groupons for bowling/ice skating/rockclimbing
Movie tickets (AAA has good prices)
Pajamas for everyone (see photo from Target website above)
Fire Stick
A vacation getaway (even just an overnight with an indoor pool!)
A pet (may I suggest a fish?) or Greenies for your pup :)
Subscription to Covenant Eyes (to keep the internet safe!)

And that's all for now....hit me up with your fave gifts in the combox and I'll try and add them here :)  I'd love some new ideas for what to buy this year!
"Thunk" by Colleen 4 comments:

So many times I want to share news and family stories in this little space, but then I think that all of the stuff that is keeping us busy would be really boring for other people to read.  So I don't share and then weeks go by and I feel guilty for not recording memories of the kids' lives that move so fast and are so forgettable unless I write it down.  So here's a quick update of what's happening, it's very sports heavy, but you all know I have 6 boys and a tomboy, so that's what you've signed up for.

Well, lucky you!  You get this riveting content for free!

Oh, before I begin, I just need to take a minute to bemoan the fact that I never have my "real" camera at my disposal anymore because JP uses it for Photography Class at school and keeps it there.  Bad phone photos it is! 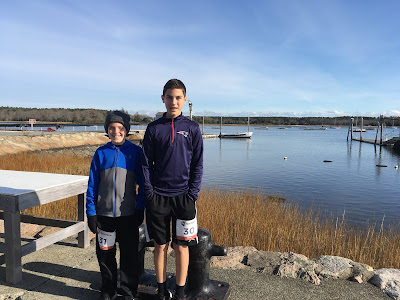 Soccer Season officially ended on Sunday with playoff games for Andrew and Eamon (they both got to finals then lost!)  My cutie patootie forwards played so well this year - lots of goals and assists.  JP ended his JV soccer season recently as well, and played strong in defense.  That boy is fast and strong!

But there's no rest for the weary...CYO basketball games started this week.  Andrew, Eamon, and Maggie all play.  Xander plays in an instructional league at school and for our town, and JP will run Winter Track again.

A coworker was telling me a story this week that involved a bodyguard, and I thought, I would love to have a bodyguard.  Not the kind of life that warrants a bodyguard necessarily, but someone to keep me safe and show me where to go sounds wonderful.  And maybe also drive my kids around (see #1).

We had Christmas photos taken of the kids at JC Penney with an amazing Groupon I got last year too.  It's for a photo session PLUS 60 Christmas Cards all for under $25.  You can't go wrong!  If you have a JC Penney in your area, check out the deal here.
Read more »
"Thunk" by Colleen 1 comment:

It's a rainy Friday morning - still dark but full of promise because...

I woke up to this beautiful email

That means I should be able to check my long run off this week's training plan, but alas, the rain.  SO it's cross training at the gym instead.  Unless I can talk myself into running 9 miles of the dreadmill?

Me, after mile 6, minus the happy dance.
Read more »
"Thunk" by Colleen 3 comments:

Halloween and All Saints 2018 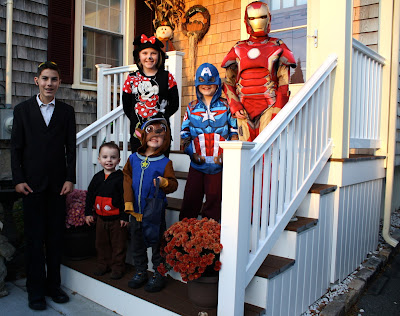 We've got a CIA agent & Chase, Mickey & Minnie, Iron Man & Captain America.  Brendan was not letting me put up his hood, which has Mickey's face on it.  I was frustrated and complained the whole way to the pizza shop that I didn't get a good photo...and he would never be 2 again...and I just need a good photo on every holiday...and on and on.  Why does this mean so much to me?  It's like I can just see how fleeting time is, and while I'm pretty ok with my kids growing up and moving along, I need photos from when they are young to cry into.  Moms.  Ya know?
Read more »
"Thunk" by Colleen 1 comment: