One weekend morning, John-Paul and Andrew woke up early, and J-P decided to make Andrew a word search. Pretty cool for a 6 year old to come up with, right? 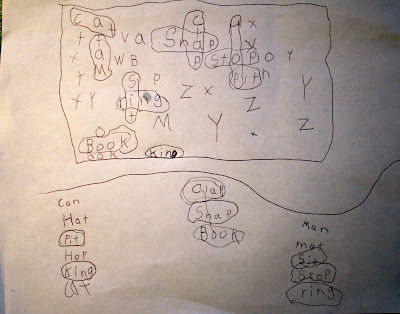 John-Paul started CCD this year at our parish where Phil is the Director of the program. On the first day, his teacher asked them to draw a picture of their family doing something together. He drew us praying. So sweet! 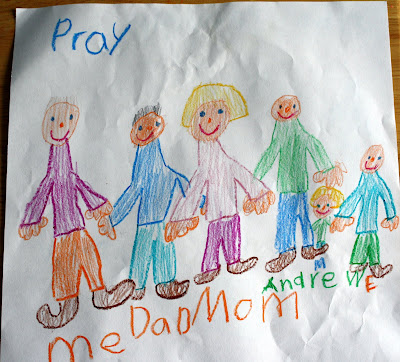 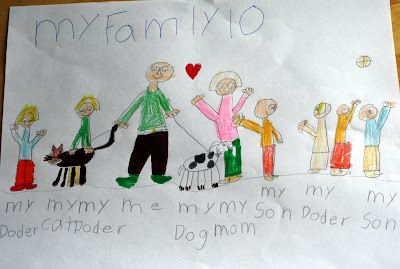 I am so loving this picture because:

1) He spells daughter "doder".
2) He shows love (a heart) between the parents.
3) He has the kids in action poses: playing ball and petting the cat.
4) Most importantly because he chose me to be his wife!
(See, he wrote "My Mom" instead of just "Mom" or "My Wife").
"Thunk" by Colleen