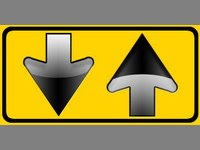 HI's:
1) We went to a local children's musical group on Saturday, and both John-Paul and Eamon volunteered for and got called up on the stage. They were turned into an alien and an astronaut, respectively. I'm so proud that they are not too shy to do things like this! 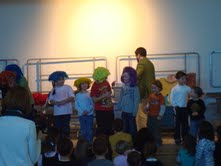 J-P is in the purple wig

Eamon always stands like this, with both hands behind his back :)

2) Phil became a Knight of Columbus. He was inducted in a super secret ceremony on Tuesday night. I think they have to make everything top-secret just to get men to be interested! 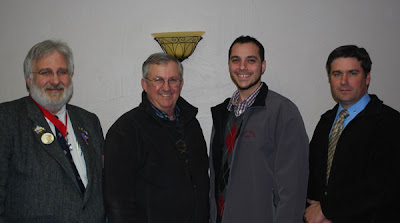 That's Phil, second from the right....yes, even with his new beard, he is still probably one of the youngest Knights at 29 years old!
3) On Wednesday, I brought all the kids in for a haircut. I have always cut the boys hair myself, but I was feeling tired and wanted to watch a professional do it. They were so good in the salon, after they realized that it wasn't a place just for girls (eeeww, gross!). One of the hairdressers even cut a few bangs for Maggie for free. I always said I wouldn't cut her hair, but it was always in her face. I'm even thinking about giving her a bob until it grows in thicker. What do you think? 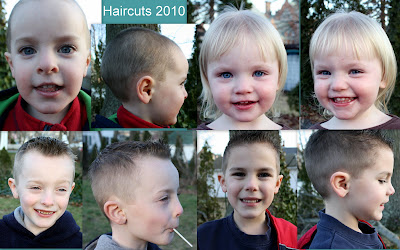 4) John-Paul is taking his first Tae Kwon Do class tonight. We decided to give him lessons for his (upcoming) birthday present. He is beyond excited!

5) Old Navy is having a sale this week on their khaki's. And I heart their Women's Perfect Khaki's to wear to work. They are comfy and flattering and come in so many colors. I love them so much, I have even bought them at full-price in the past (which is not like me) but this week they are only $17. Gotta love a bargain :) 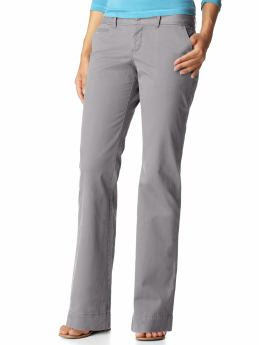 6) The biggest news of all is that we had an appraisal done on the house, and everything is falling into place, and we just got approved for the loan. Woot-woot! We should be closing on our very first house next month!

1) We have been very busy this week with meetings and new schedules, so not enough family time for sure.

2) Phil had to call in sick from work yesterday because we had nobody to watch Maggie. This is something I really hate about being a working mom ~ all the juggling around with the kids, and worrying about who can babysit. I'll be thankful when they are all in school, or when we get rich enough so that I can stop working :)

What were your highs and lows this week?