The Boy in The Striped Pajamas 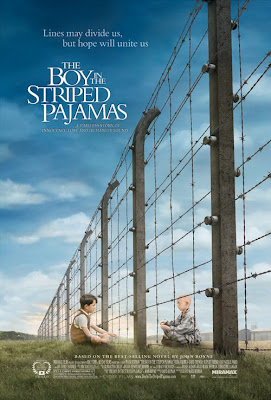 Phil and I are enjoying our free month trial of NetFlix, especially because we can get movies instantly on our Wii. I love technology, I don't understand it, but I love it.

Anyway, one of the movies we had to chose from was The Boy in the Striped Pajamas, and Phil had just finished the book. He needed to see the movie because the book was required summer reading for all the students at the high school where Phil teaches, and he needed to be able to "catch" those lazy students who only saw the movie and didn't read the book. 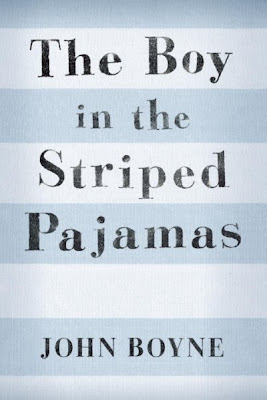 I had absolutely no idea of the story line, and was so thoroughly touched by this movie. I feel it is a must-see, but want to warn you that it is hard to watch. I can't stop thinking about it. 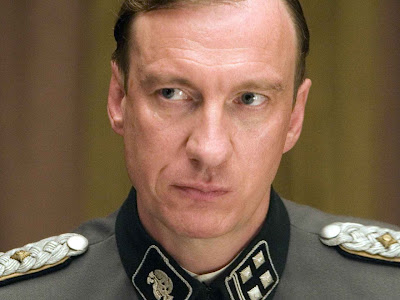 The family moves into a gated house where the boy is not allowed to go exploring, a tutor is brought in from the outside, and Dad has plenty of secret meetings behind closed doors. Bruno, the little boy, dreams of playing outside and making friends with the "farmers" he can see from his bedroom window.

There is a young soldier assigned to the house, who heavily influences the older sister's views of the Holocaust, and opens up the eyes of the mother to what is really going on in the camps. In the book, Phil said this soldier has an affair with the mother, but that is not portrayed in the movie. 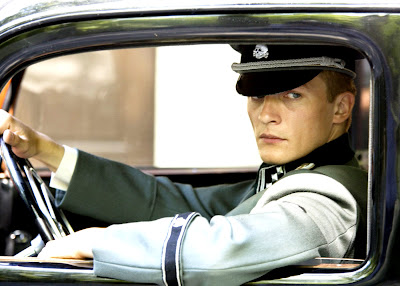 On one day, when the mother (who is steadily entering a depressed state) is gone into town shopping, 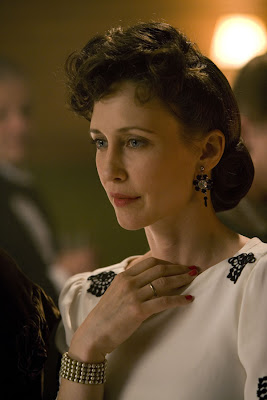 Bruno sneaks away from home and finds a young boy wearing striped "pajamas" playing in the dirt. They become fast friends, and without quite realizing why this boy is behind an electric fence, Bruno starts bringing him food and conversation. 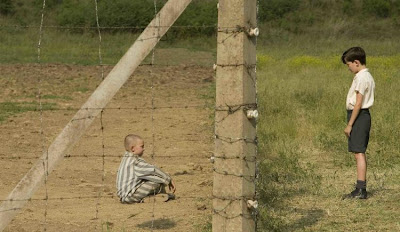 Without wanting to give too much away, I'll just say that the boys' friendship is tested and Bruno fails miserably, yet seeks out and receives forgiveness from his friend in the Auschwitz camp. In order to make it up to him, Bruno decides to help him on a mission, and everybody's lives are changed because of it.

This movie is filled with so many poignant scenes and one-liners that make you think. The hypocrisy of what the father thinks is "okay" to do to the Jews in the camp and yet how protective he is of his own children is absurd. The brainwashing that occurs at the hands of the tutor was all too common back in the day. And when the mother finally realizes what is happening to the prisoners of Auschwitz, she gets mad, but then accepts it along with all the other people at the time.

More importantly, there is such a strong parallel between this movie and abortion.

In the movie, when the mother finds out what is causing the black smoke coming from the camp, she is sickened but does nothing to stop it. How alike are so many of us who are disgusted by the thought of unborn babies being murdered in their mother's wombs yet do NOTHING to stop it. While we may not be able to physically stop a woman from getting an abortion, we can try to change their mind, we can protest (peacefully) at abortion mills, we can vote pro-life, we can pray for an end to abortion, we can support young mothers in crisis, we can teach abstinence, the list goes on and on.

I hope that one day we will be able to look back on this time of legalized abortion with the same horror that we remember the Holocaust. And both events will be just shameful pieces in our history, a past that we will never allow to happen again.