7 Quick Takes On the First Friday in November 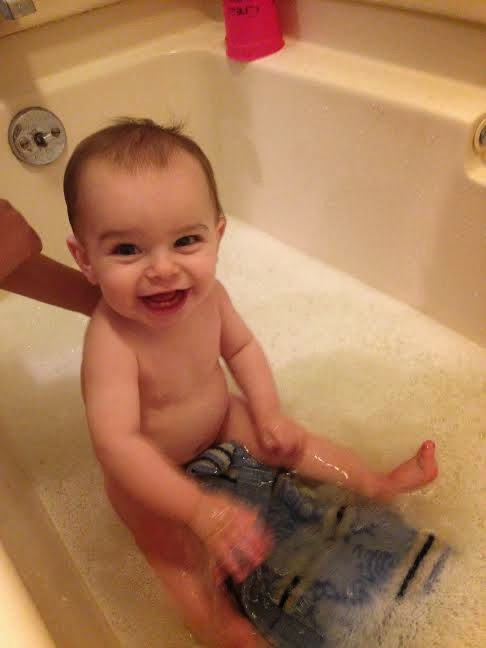 He still seems younger than that to me, as he is a petite little guy, but he is so loved around this house, it's awesome. 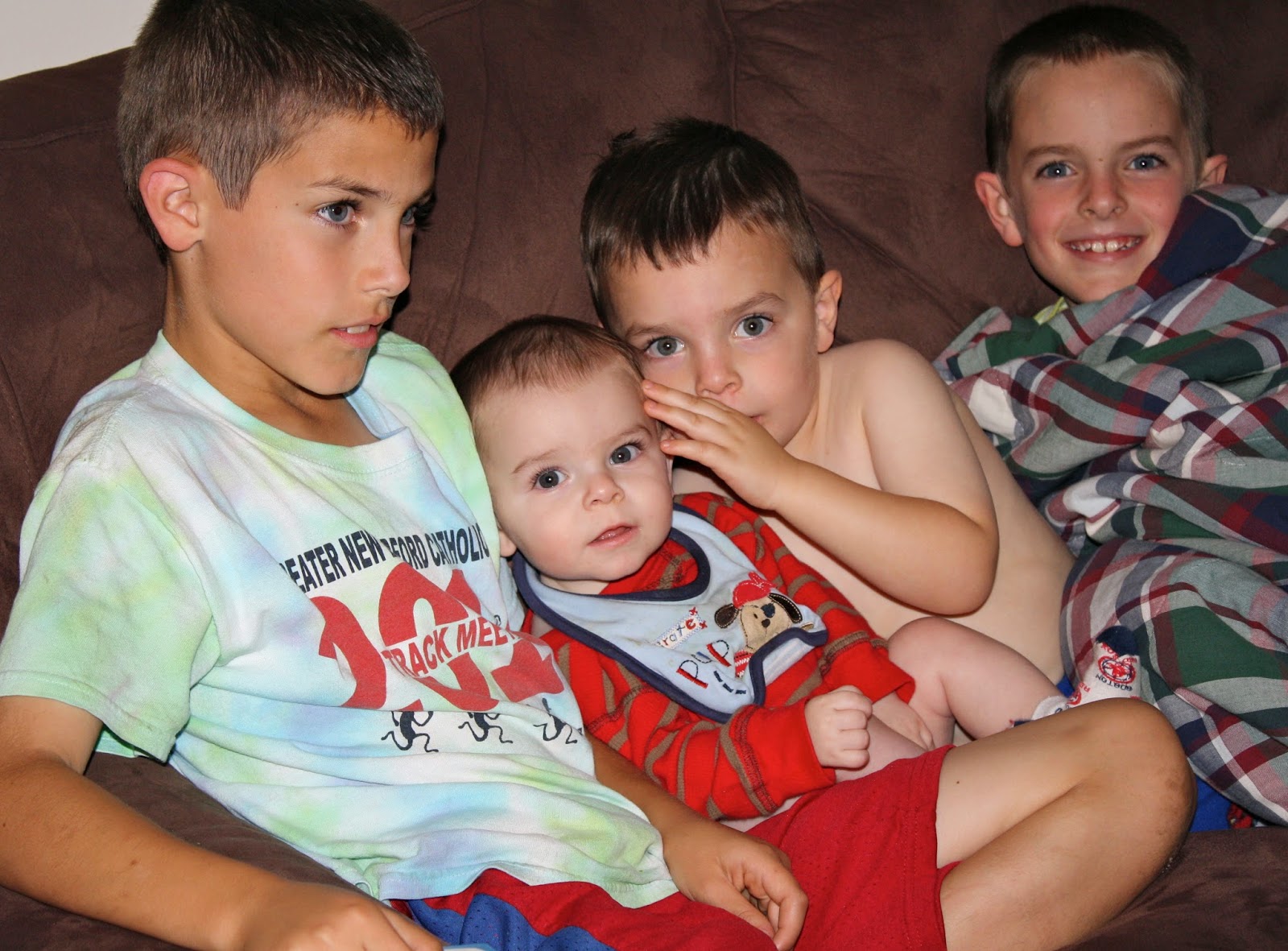 He's not sitting on his own very well yet, he loves baths and he loves to eat baby food - any and all veggies and fruits and oatmeal.  We never even used a baby spoon with him, just went straight to the big kid spoonfuls.

Halloween happened.  This was a "Go pick out something from the costumes we already have" kind of year.  New additions can do that to a family :) 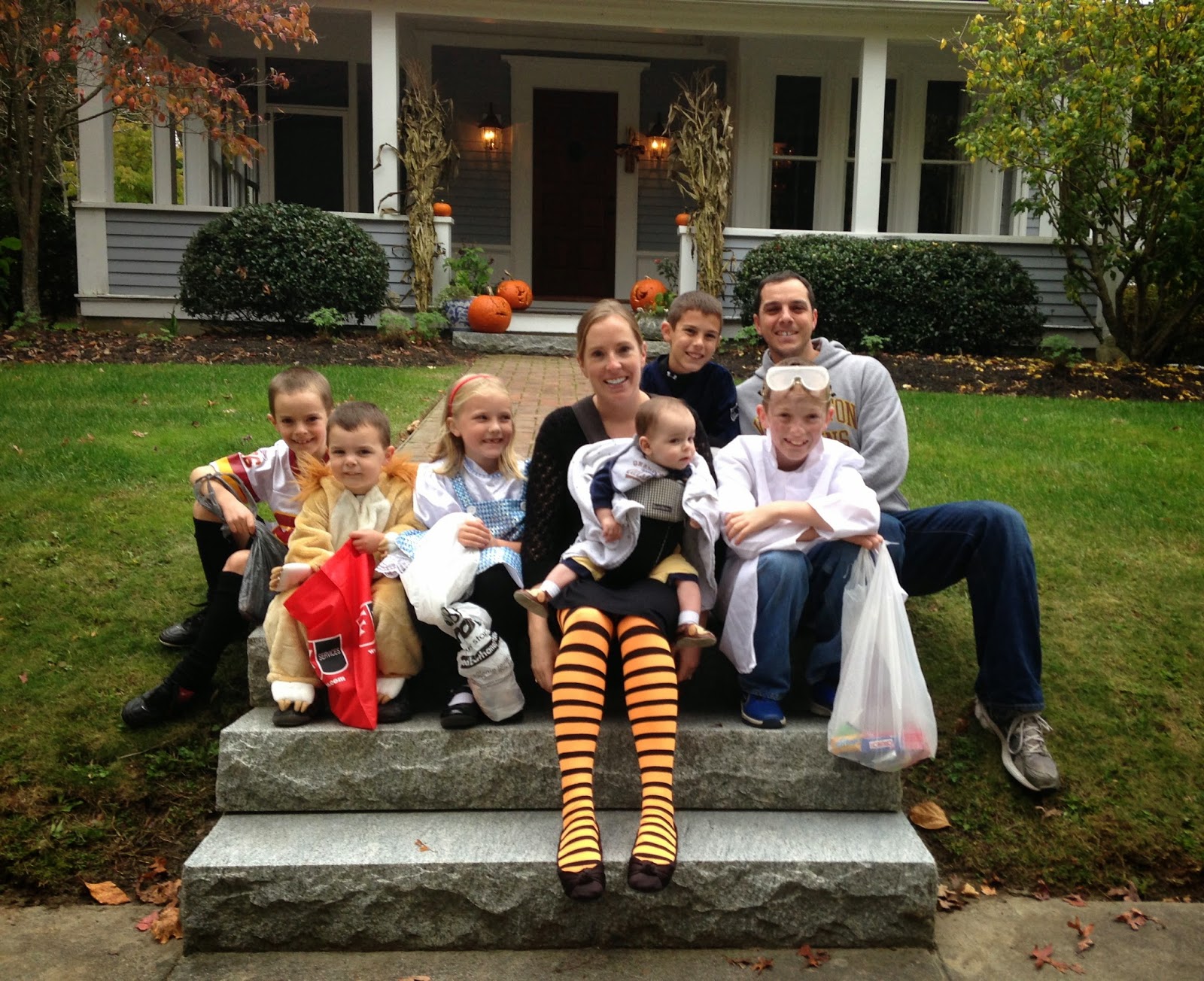 Declan's First Halloween.  He's a bee, but Xander didn't believe it because he didn't have a stinger.  He's a nice bee. 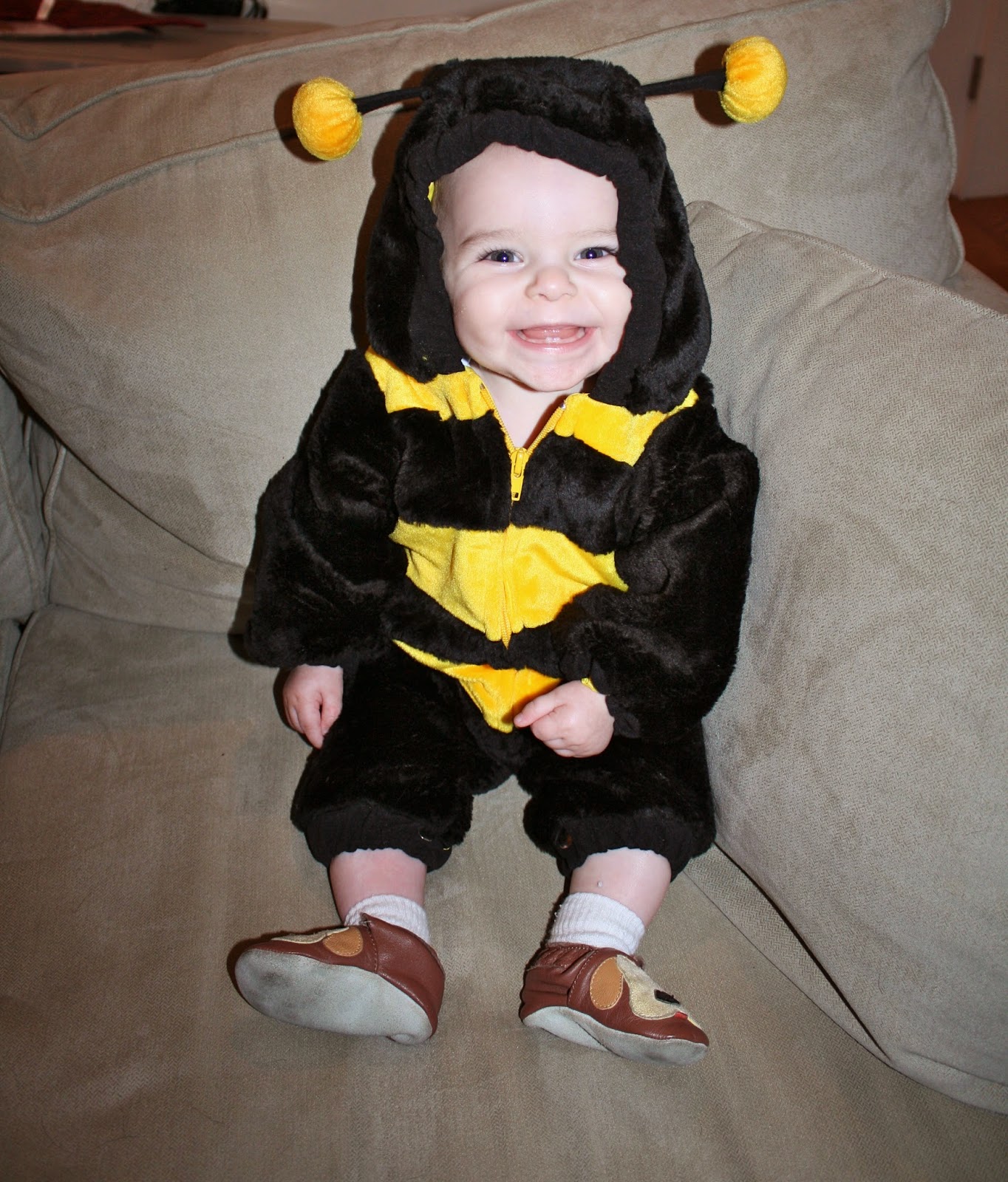 Xander was a lion, and I tried to get a good picture of him, but he was too busy telling me that "The lion needs to pee!" 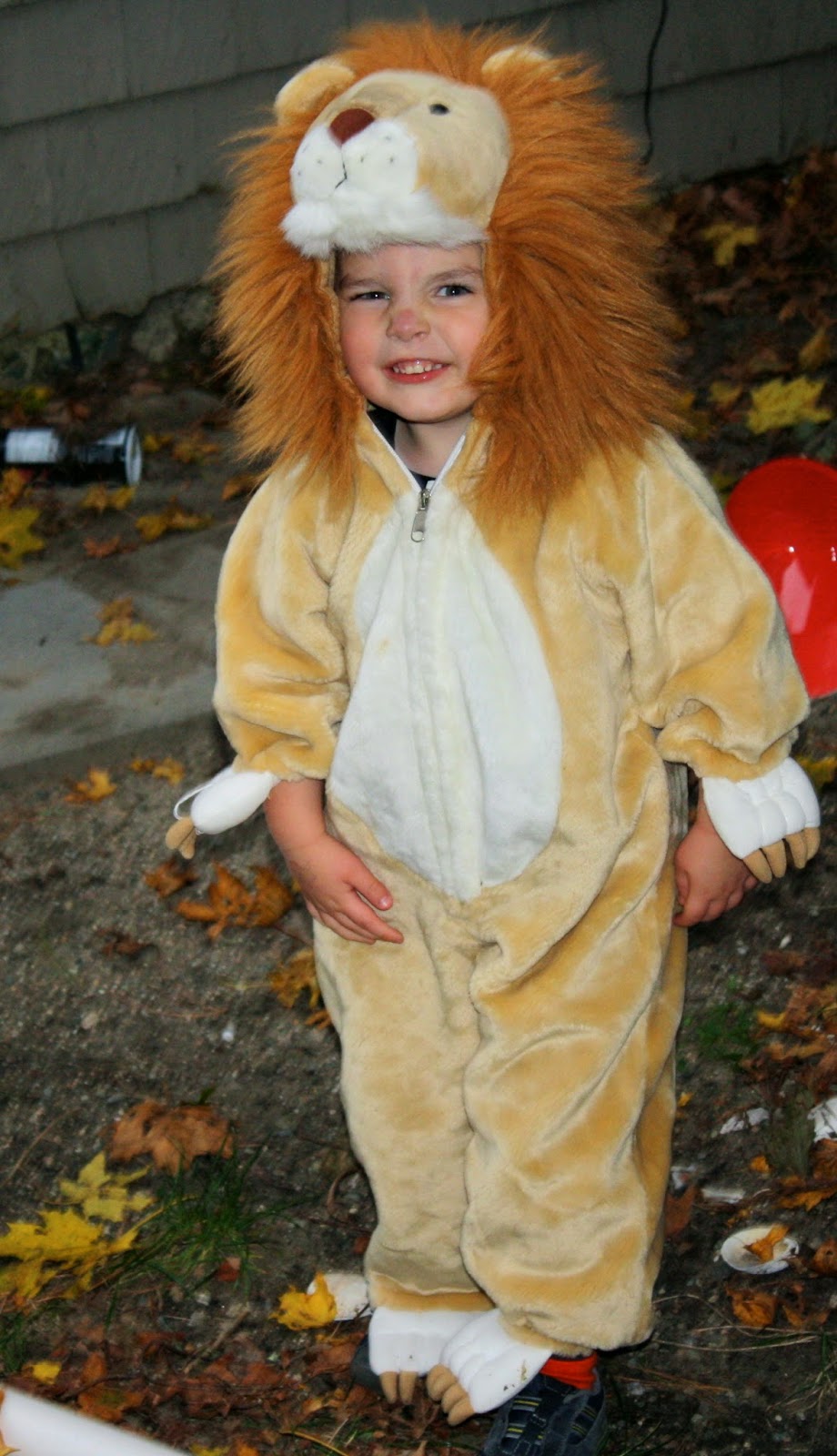 Oh mylanta.  This video cracks me up every time I see it.  You can stop watching right after she says "Doubt it!"

Alexander eats a squeeze fruit every Mass (yes, we bring snacks to keep him quiet and yes, it needs to stop because he's 3 now).  He is always curious to know exactly what he's eating, so when we give it to him, we usually say, for example, "It's Blueberry, Apple, Carrot" and on this day I handed it to him without saying what the ingredients were and he looked at the picture and said: 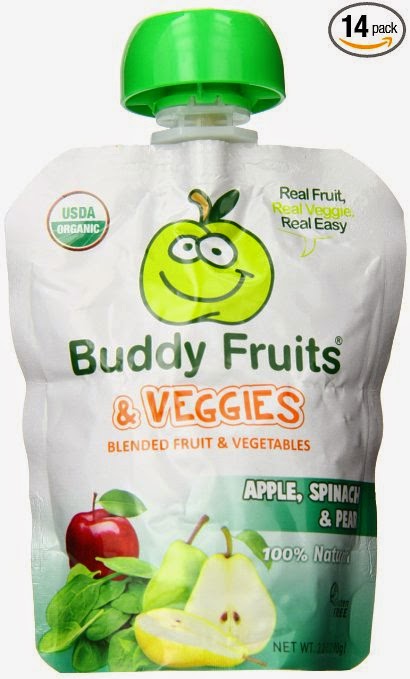 Tomorrow is the last game day for FALL SOCCER SEASON 2014!!! 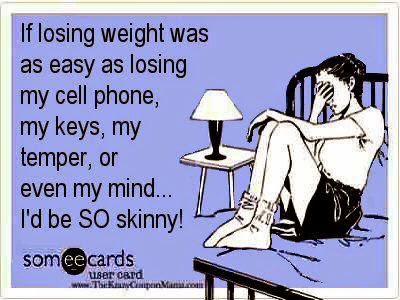 Have a great carrot stick eating kind of weekend, my friends!