Hello and TGIF!  Why I can't seem to blog unless Kelly has a linkup, I'll never know.  Blogging FOMO I guess!

Andrew turned TWELVE!  My second baby will be a teenager next year.  Excuse me while I mop the puddle of myself up off the floor. 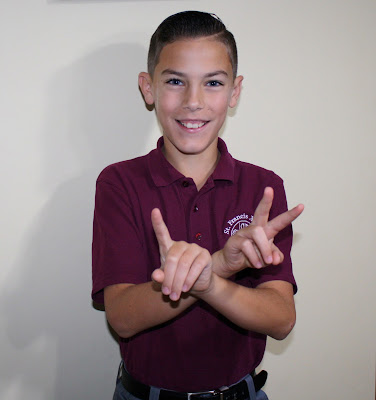 Ok, I'm back, but still weepy, because look at this cutie patootie!  Can I just freeze him and his handsome little face?  Please? 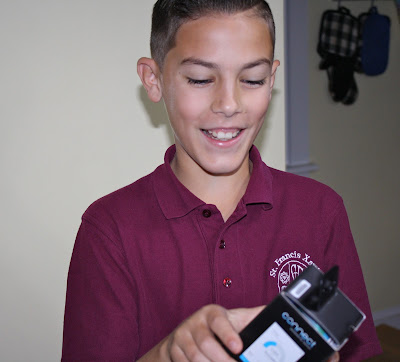 Andrew wanted a Fitbit for his birthday, but I looked at the prices and didn't think a 12 year old who plays three different sports (and would constantly have to take it off for each game) would be able to keep it in his possession.  So the much more affordable Garman Vivofit it was!  He was thrilled!  In fact, Eamon used his birthday money to buy one for himself and they compete with each other every day to see who gets the most steps.  They totally put shame in my step game, no wonder they're so thin! 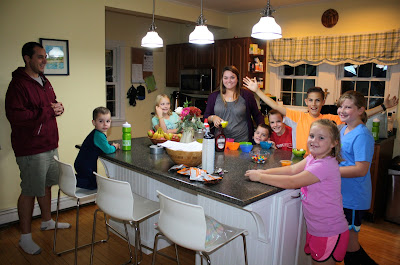 On his birthday, after track practice and soccer practice, we celebrated with ice cream sundaes and some cousins.  Andrew loves to be celebrated (unlike some of my other shyer kids) and we had already had a birthday cake for him a few days before at Brendan's Baptism party (because that's where all the people were) hence the easy sundae choice :) 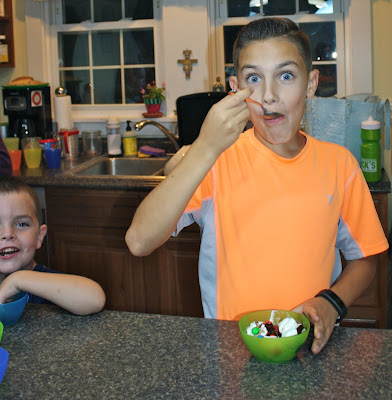 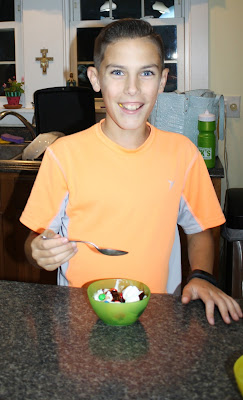 Being the sports nut that he is, all his gifts were sports related... 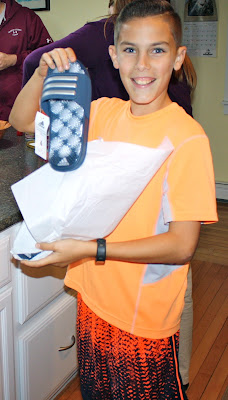 He got "slides" which Phil and I remember being big when we were in high school, but we called them "sandals".  My my, how times change. 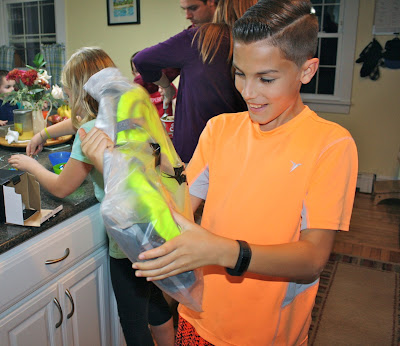 He also got an Under Armour sports bag.  He loves it so much that he doesn't want to use it and get it dirty.  Ha! 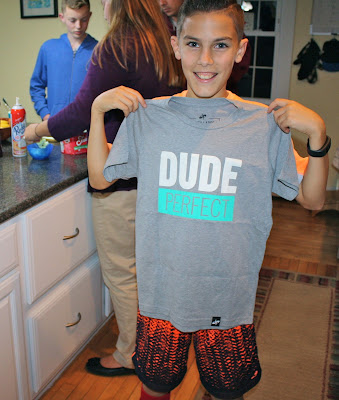 And of course, a Dude Perfect shirt because obsessed is his current state.  He's also getting this book once it's released. 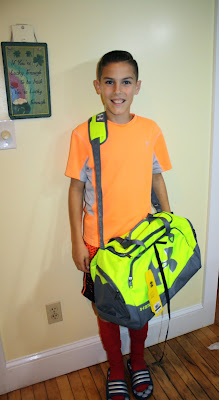 We love you Andrew with the funny middle name!

2)  My babiest of babies is 8 weeks old today!  He enjoys nursing, pooping, burping, sleeping, and keeping his parents up at night.  Hey when you've got 6 siblings, when else are you gonna get some quality parent time? 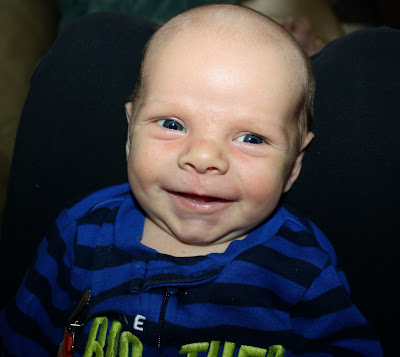 His smiles are a nice addition to his otherwise stunned or crying faces.  It was touch and go there for a while, but we decided we'll keep him ;) 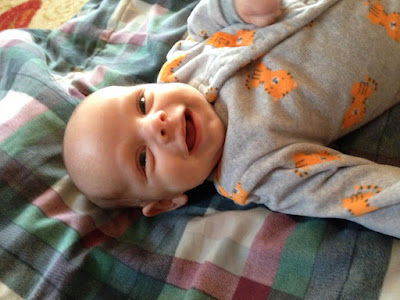 Phil turned 36 this week!  We went out to dinner at a local bar and took BB with us, cause he loves to get tipsy on milksy.  I always feel like Phil gets the lamest birthdays because it's the third birthday in our family within two weeks.  And we added a Baptism in that time period this year! I did bake him a lemon cake and gave him one gift, and he got one from his parents too.   Thank goodness being showered in gifts is not this guy's receptive love language!!  Can you guess which love language he prefers?

The kids did make him cards! 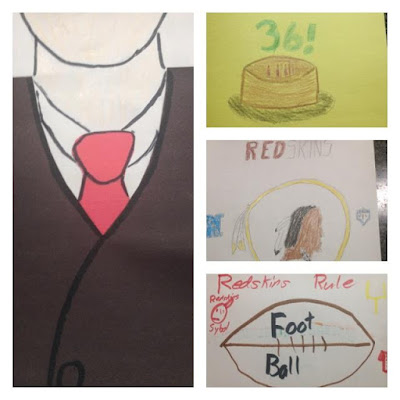 My friend sent me this as a possible Halloween costume this year.  So easy and clever! 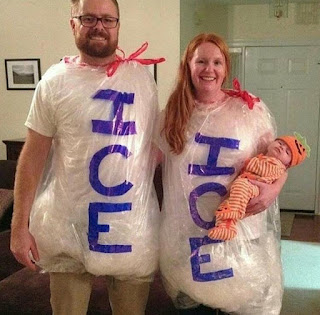 Phil's sister who is a Sister came to visit us all the way from Texas.  She got to meet her newest nephew and spend time with her goddaughter, whom she lavished in jewelry :) 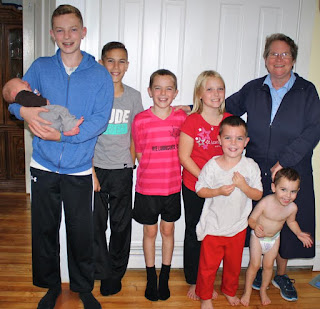 Declan decided to streak in honor of her visit, just to make her feel more at home.

We have totally skipped apple picking this year, which makes it the first time ever that I can remember since having kids.  What a sin to live in beautiful New England and not go apple picking.  Maybe there will be some pumpkins left somewhere this weekend if we can find time to squeeze it in amongst the 6 soccer games, two variety show rehearsals, and a funeral!  Eeek!

Let's talk baby weight.  Not Brendan's weight, but the weight he left behind.  Due to the gestational diabetes, I was dieting for his pregnancy and only gained 14 pounds total.  A week after he was born, I was back to my pre-pregnancy weight (not my goal weight, but what I weighed when I got pregnant).  However, as soon as he was born, I started eating all the carbs and sugars I had been restricting, and now have gained weight.  This needs to go.  It's not really baby weight, it's just weight, and I'm not making healthy choices.  Plus, I would like to be able to wear my clothes again.  I have a physical coming up in less than a month, and I would like to have lost at least 5 pounds by then.  I've been running again during kids' soccer practices which feels so good, and I've started eating healthier (modified THM diet) and not devouring chocolate and chips at night.

If anyone has any tips on trying to lose weight without affecting milk supply, I would love to hear them!

Have a happy Soccer Playing, Pumpkin Picking, Football Watching kind of weekend everybody!
"Thunk" by Colleen