Back in May, Phil was talking to the dad of one of JP's classmates when he mentioned how they love to take their family to a Polo game in the summer.  We never knew this was even a "thing" around here, and we certainly didn't feel like our family were exactly polo-watchers (insert elevated pinkie).

A few weeks later, when we were discussing what to get my really-hard-to-shop-for-Dad (because he's so easy!  You know the type!)  for his upcoming 77th birthday.  I said we should just DO something with him instead of buying him another pair of shorts.  We remembered the fancy-schmancy polo thing and looked into it. 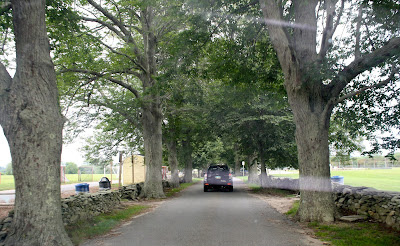 Wouldn't you know, these international polo games had been happening only 35 minutes away for 26 years, had games on Saturday evenings with VERY reasonable prices ($12 per adult, kids under 15 free!!!) and it was lawn seating where you just brought your own chairs and food.  Totally doable! 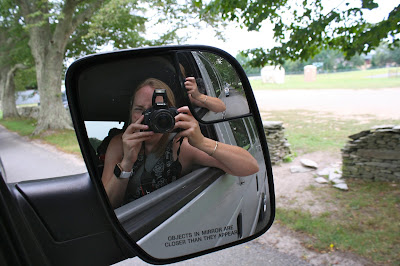 As luck (of the Irish) would have it, America was playing Ireland in July, the month of my father's birth!  We told him our plan, and headed off to the much anticipated polo match last weekend.  We arrived an hour early, and the place was mobbed!!  People set up tents and grills and had bottles of wine and it was so much fun! 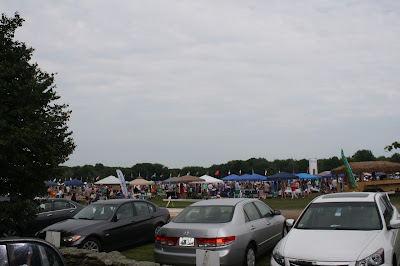 The birthday boy and his bride... 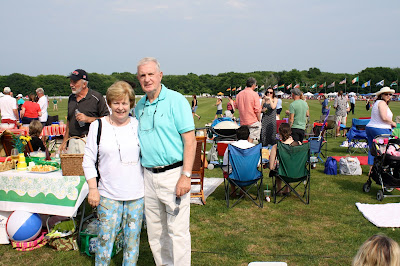 And the rest of our gang! 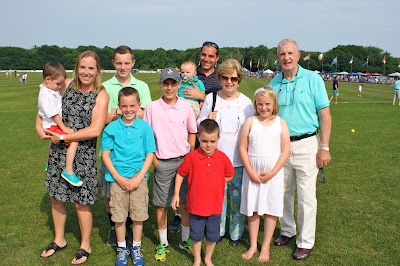 I put the boys in polo shirts because well...duh.  My dress is here for super cheap! People were dressed at all levels - dressed up with fascinators (look at that hot pink number below!), wearing shorts and t-shirts, there were all types and it was soooooo fun to people watch. 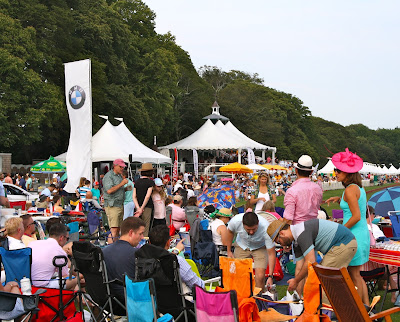 The announcer had either an Irish or English accent (sorry Dad, I should know!) and was really great at explaining the rules of the game as it took place.  Two of the Irish teammates arrived by helicopter... 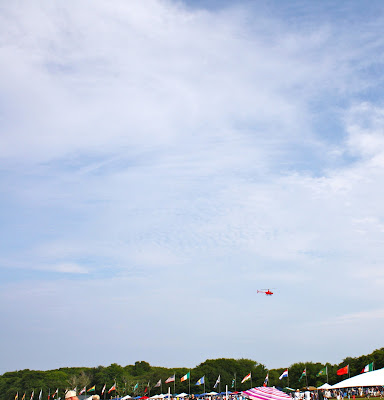 Brendan ate his weight in chicken salad and doritos :) 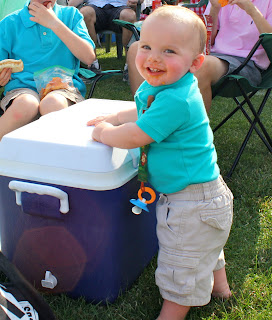 One of my sisters and her daughters came with us also, and had suggested we pick up some sparkling apple cider for my pioneer parents so they could join in on the fancy!  Slainte! 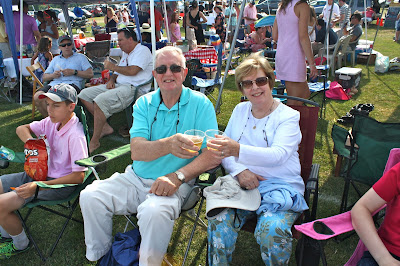 The kids had so much fun eating all the snacks and desserts we brought. 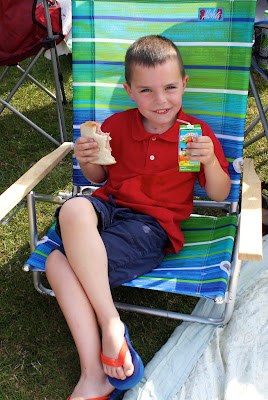 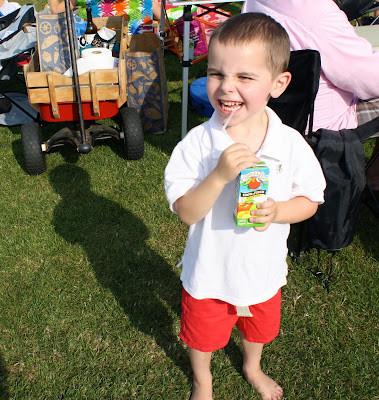 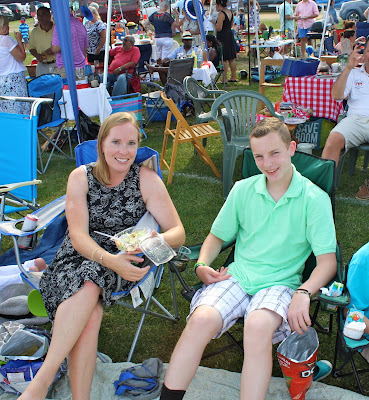 There was an actual polo match going on, which two of my boys (the sports nuts) were very interested in: 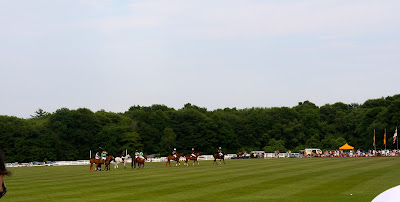 ...and some of my other children were not... 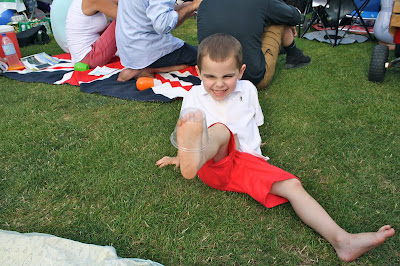 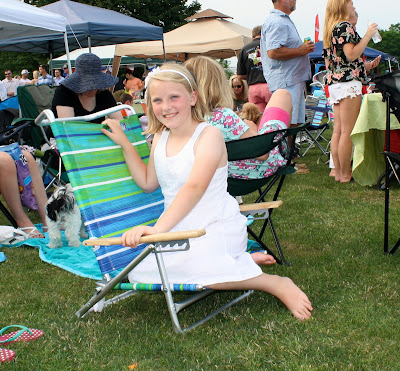 For dessert, I brought all the fixings for cannoli, and made them right there, because what's worse than a soggy cannoli shell?? 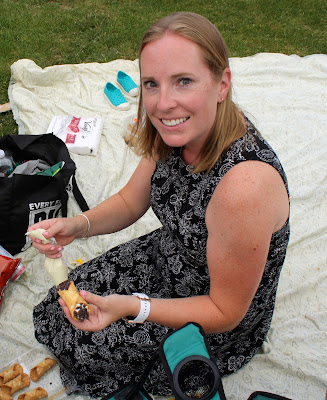 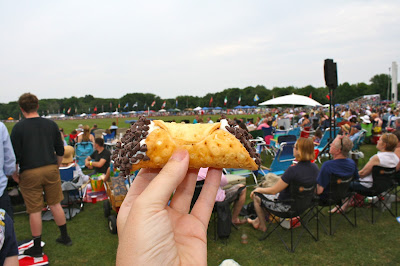 At half time, they invite everyone onto the field to stomp divots.  It was just like in Pretty Woman!  But G-rated :) 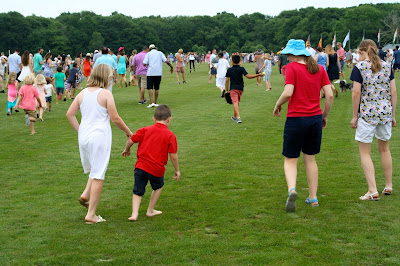 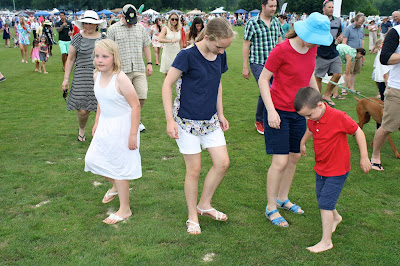 They had Irish music playing to honor the Irish team, and so we danced... 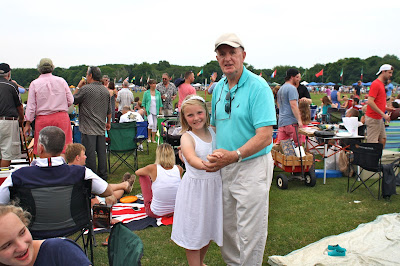 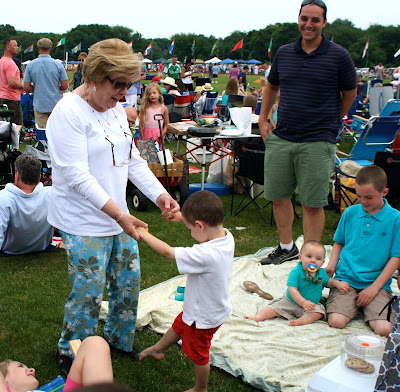 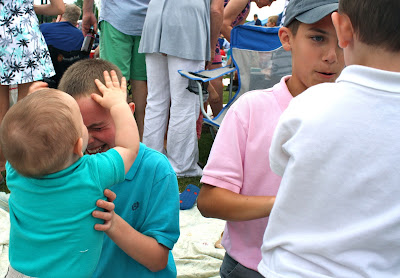 It was a wonderful evening, and we all want to go back ASAP!  Next time we will just arrive earlier to get better space for seats and maybe not bring the little ones so we can stay later.  And hey, if you're going, let me know!  As they say, polo is always better non-solo ;)
"Thunk" by Colleen