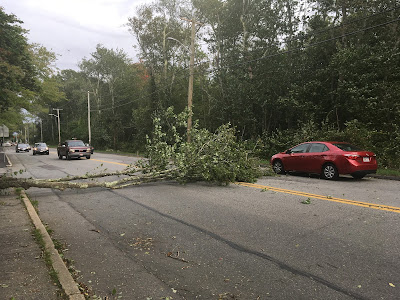 It's definitely gotten easier as time goes on and we know what kind of foods we like to prepare and eat.  I'll do a while post on it after I'm done, but you can follow along on @colleengetsleen in the meantime.  I will say that I am really happy that I have actually stuck with something for this long.  I am more of an everything-in-moderation type girl and strict diets like this are typically failures for me. 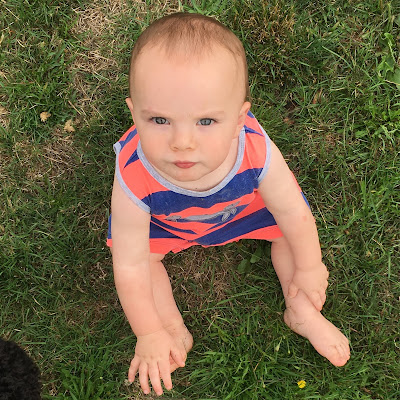 Brendan is 13 months and starting to talk more.  He has been saying "More" for months (like weirdly early but the kid loves to eat!) but now he can say Mama, Dada, Bubba (bottle), Car, Ball, Good Girl (to the dog), Hi and Bye, and we are working on Please and Thank You.  He is so much more smiley and happy now that he has found freedom in walking/running and is much more of a joy to be around.  This photo is from him being upset with me when I told him "NO!" as he was eating goose poop.  Baby boy can give a mean stare-down.

One of the best pieces of advice my parents taught me was that "The squeaky wheel gets the grease."  My husband thinks I have too much of a sense of justice, but things really bother me that seem unfair.  For example, we bought Declan new school sneakers from Keen and two weeks later, the little loop (that the velcro strap feeds through) broke.  To laid-back people like my husband, they would just let that be.  But not me!  I took photos and contacted the company and started a claim.  I was hoping they would just send a new loop to replace, but instead they sent me a gift certificate for $55 to buy a new pair of shoes.  Keen has an awesome warranty for their products.  Squeaky wheel = grease.  I've done this with backpacks (LL Bean is the best for replacing items) and twice with our Tervis cups that broke (Tervis also offers lifetime warranties).  I tend to shop at companies like these, knowing that I buy once and replace for the rest of my life. 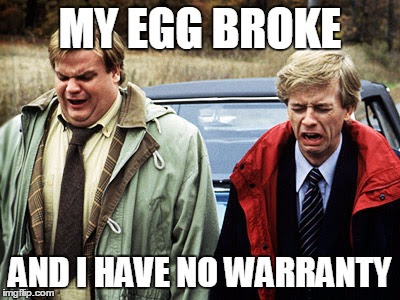 Amazon Prime sent me a few items longer than their two day promise, so I emailed them and they sent a gift card.  I've complained after having a horrible dining experience (it has to be really bad, I never make a fuss at a restaurant) and received gift cards to let them try again, I've gotten money back on old Groupons when the company closes down, returned cell phones that were too slow, etc. etc. etc.  I truly am a nice person, though this makes me sound like a jerk, but I can't deal with inferior goods or inept customer service.  I always respectfully and politely ask what the company can do for me.  It's the business woman in me, and I like getting the grease. 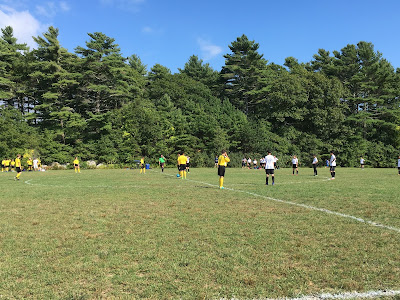 We are about a month into soccer season, and as usual, the schedule has been a doozy.  JP has a practice or game 6 days a week, and then works as a referee on his day off.  Andrew and Eamon have 2 practices and 1 game each week (separate teams), and Maggie has 1 practice and 1 game every week.  Andrew and Eamon also have Flag Football once a week (same team).  I don't know what we're going to do when Declan starts playing next year.  We will just have to hire them ubers ;)  But they love playing, and it's so good for them, and we want to be involved parents, so we just manage each day and look forward to the spring when we don't play many sports.

I shared this on Instagram, but will repost here.  This is how we haven't left behind a kid (yet!).

My husband sent me this article after my last post about Guarding Our Kids Eyes.  It talks about seven celebrities who are speaking out against pornography.  The most surprising one to me was Russell Brand:

I'm not sure why he's dressed like that, but good for him for speaking out!

Have a great weekend of healthy eating, soccer watching, and football games everyone!
"Thunk" by Colleen