My two highschoolers went to Homecoming last weekend, and JP drove them home after the dance, and a hangout at Friendly's after.  We were awake until 11:30 waiting for them to get home safe.  So while it's nice not to be chauffeuring, it's also nerve wracking to be waiting at home, but so far, so good! 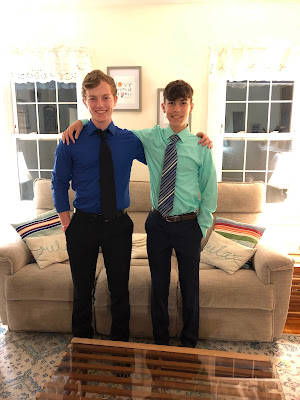 It was Parent Teacher Conferences this week!  The kid's elementary school had them on the same day as our high school, so Phil played the role of Teacher and I played the role of Parent and conferred with nine teachers about my little devils angels.  No, they really are good students, so we're very lucky.  The biggest feedback for improvement I got was for Declan, the Kindergartner, to use his voice more.  He is a shy kid at school and tends to nod instead of saying "Yes".  At home, he overuses his voice ;) so we're trying to quiet him at home and they're trying to make it louder at school.  Funny how that works.

I saw this recipe on Billy Jo's blog, and it was very easy and yummy!  My little kids keep asking for the Spider Web Dessert now.  Here's the recipe. 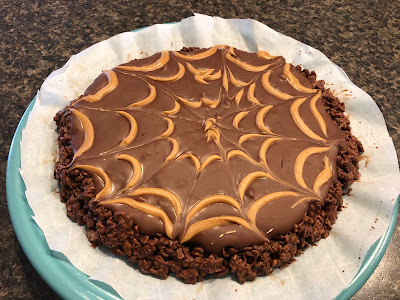 Some photos of Phil's birthday for the blog book: 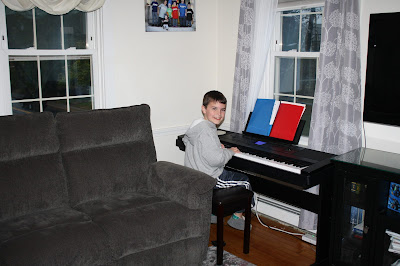 At his piano lesson prior to Phil's birthday, Xander and I asked his teacher to show him how to play Happy Birthday on the piano to surprise Phil.  His teacher quickly wrote it out and showed him, and Xander played it for Phil as his gift.  So sweet! 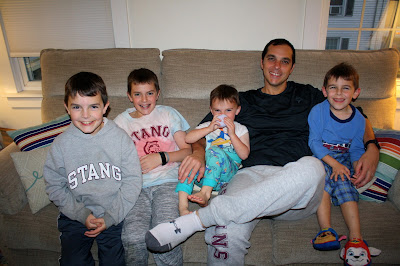 Who's more excited to open presents? 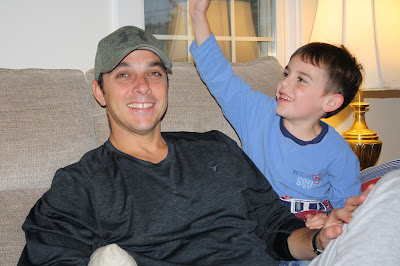 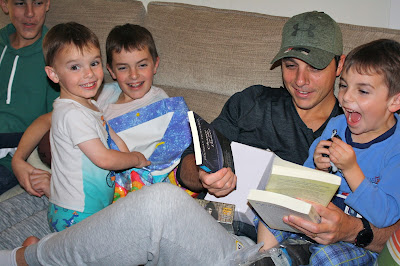 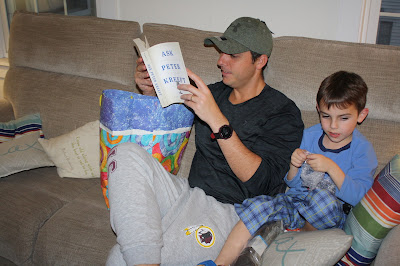 What do you get a theologian/dad/teacher for his 39th birthday?

Under Armour hat (that matches his eyes)

A game he mentioned hearing about (have you played it yet?)

Three theology books and my mom got him this one too

And a cake decorated by the kids! 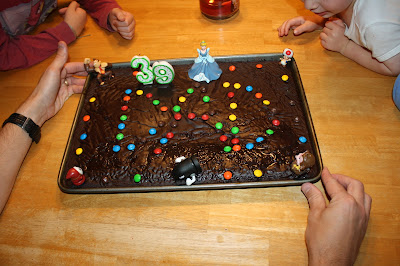 We love you so much Mr. Martin, even though we have a funny way of showing it :)

On Columbus Day, it was kind of a rainy day, so we took advantage of the morning and cleaned kids bedrooms and switched clothes sizes for the youngest two kids.  They now have bureaus filled with 3T and 5T clothes.  I really detest that parenting job.  But it does make me feel soooooooo accomplished when it's all said and done.

Basketball practices started last night!  We're still deep in soccer season, and when the seasons overlap it's always incredibly difficult.  This winter we will only have 3 playing basketball (Andrew, Eamon, and Maggie).  Xander and Declan will swim, and JP is taking a break from Winter Track to join Debate instead.  Brendan will just continue to be schlepped around to kids activities like the good toddler he is.  The kids love getting new basketball shoes every year (and I'll love when their feet stop growing).  Here's the shoes that Andrew picked, and here's Eamon's and Maggie's were on clearance and I can't link to them anymore, but they look like this: 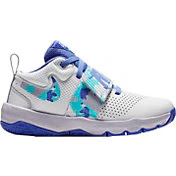 What do we have on tap this weekend - hmmmmmm - five soccer games, a piano lesson, Religious Ed class, work shifts for the teens, and Middle School Youth Group for the tweens.  Not too crazy!  I think I'll bake something yummy too now that it feels like Fall.  Leave me a good recipe to try...hahaha leave, like Fall, okay, I'll stop now.

Have a happy soccering, baking, youth grouping weekend everybody!  Linking up with Kelly!
"Thunk" by Colleen