Happy Friday in May!!  Here's what's been happening around here...
1)

JP decided on a college for next year: 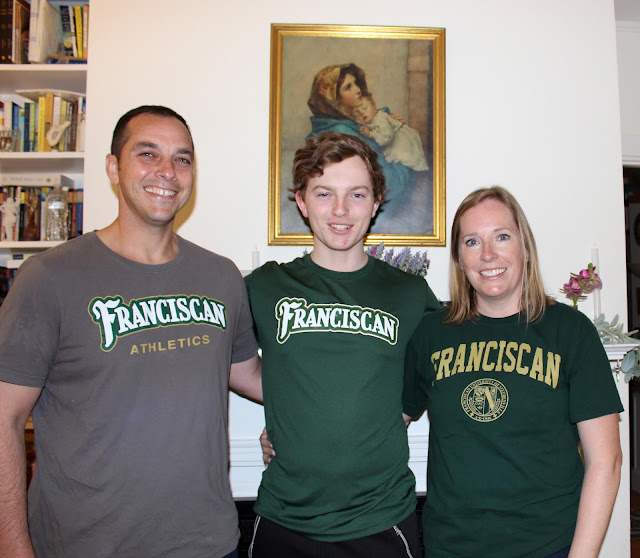 And we couldn't be happier!!  Franciscan, 2nd generation.
2)

Phil and I saved a house from burning down.

We were walking the dog and passed by a house with smoke coming out from the back.  Phil went back to see if they had a bonfire going, only to discover that their back steps had a fire going underneath them.  He ran to the front door and an older guy answered, and Phil said "There's a fire on your back steps!" and the guy goes "No.  Not my fire." and shuts the door.

Right at that moment, an undercover cop pulls up and says "Is there a fire?" and I said "Yes!  Call for help!" and he replies "On it!"

Phil runs back and finds an old soda bottle and tries to suck up rainwater that had been collecting in a bucket to spray on the fire.  The police man grabs the hose but he and Phil can't see the water hookup so they both throw more water on the fire.  I run over to the side door of the house and see an older woman outside.  I yell "Your house is on fire!" and she says "I know!" and then WALKS BACK IN THE HOUSE!

I tell the cop that there are people in the house and he does the really cool bang, bang, bang on the door as he opens it and yells "Police! Get out of the house!"

Wouldn't you know that there were three adults and three kids inside?

They all came out and the firefighters came and everything looked under control so Phil and I left.  I honestly felt so weird to stay as if we were searching for a thank you.  But then another police officer pulled up behind us with his lights on to get our names and address and phone number in case the fire dept. had any questions.  I channeled my inner Billy Joel and told him that:

Masks are no longer required to wear outside here, which I never agreed with anyway...because science.  Phil and I were walking the dog down a sidewalk as a lady was walking up to her trash bin to bring it back in from the street.  She had on gloves to touch the trash bin but no mask on, and neither did we.  When we got close to her, she put her masked hands up to cover her mouth and nose as we walked by.  I could tell that she was covering her mouth and nose to make a "mask" and so I said "We're vaccinated" to make her feel more comfortable.  She replied, "You can still get it".  Ugh, how crazy is the world right now that she felt safer putting her dirty-touching-the-trash-can hands over her mouth than having us walk by her outside without a mask on?  Like, just wear your mask outside if you're that scared of people walking by you for a split second.  You took the time to put on gloves!  When will this end?

My niece Lilly got confirmed last night and I was her sponsor.  She is one of the best people I know and I was so proud to be chosen by her.  And no, I'm not short, she is just a supermodel at age 15. 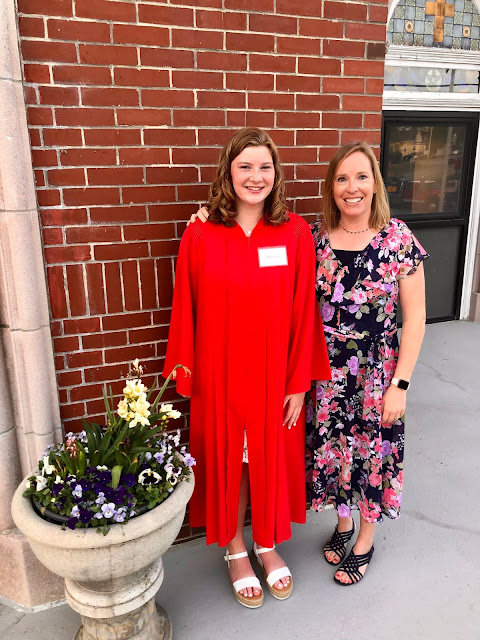 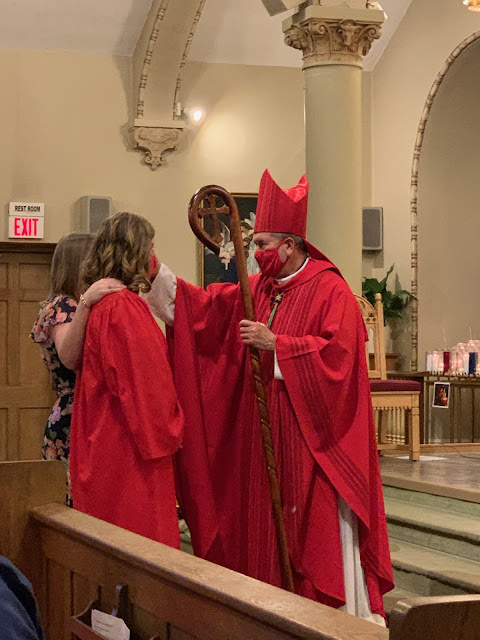 Did I ever tell you about the time I went to a Trey Kennedy show and casually waited like a stalker for him to exit the stage so I could get this super awkward photo with him? 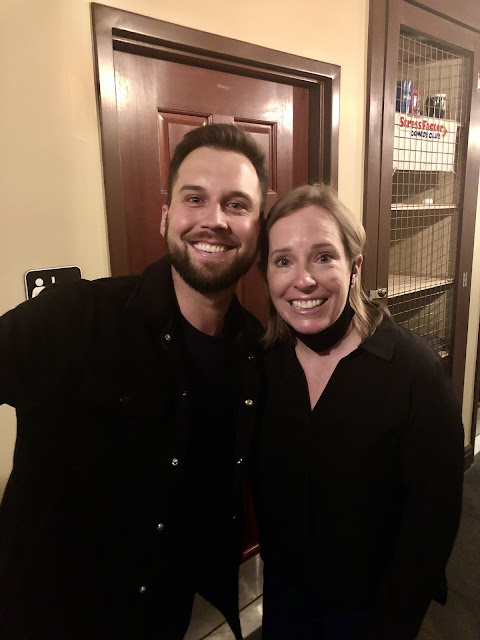 He is just so funny and talented and not terrible to look at.  Phil totally thinks I have a crush on Trey but I told him that he's married to a model, to which Phil replied "Yeah, I said you had a crush on him.  I never said he had a crush on you." Guess I married my own comedian ;)

Alexander submitted his piano recital song for his virtual contest this year.  Is this gold medal material?

To all you moms - have a wonderful Mother's Day Weekend!  I hope you get treated like the queens you are. 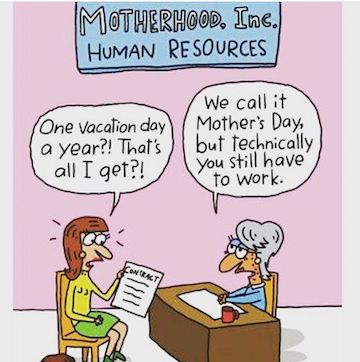