In Need of Some Purging

Fat Tuesday is the last day of indulging (defined as: To yield to the desires and whims of, especially to an excessive degree) before Lent. And so indulging we will be! We had a big breakfast of coffee, juice, scrambled eggs and english muffins. We have leftover Valentine's cake in the house, and will be making chocolate dipped strawberries today with the kids. 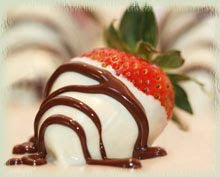 For dinner, I will prepare Phil's favorite: Maple Chicken (I could give out the recipe, but then I wouldn't be his hero any more!). 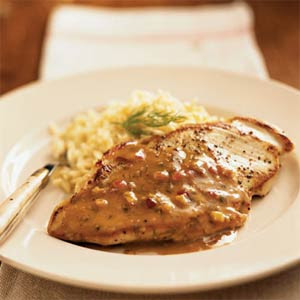 During Lent my focus is going to be on deeds of service, and offering up all my cravings by not satisfying them. I'm also going to get more focused on healthy eating and increasing my running...not so much for Lent, but because the half marathon is next month! I am hoping that Lent can help me with the discipline part of the training, that even when I want to stop, I will persevere. 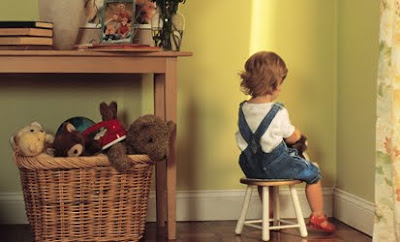 (Lent = discipline through denial and good deeds)
~
Speaking of perseverance, did you all see Alexandre Bilodeau, the first Canadian gold medal winner of this Olympics? 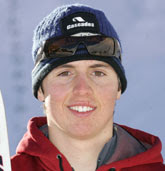 He is such a stand up guy, and I love how much he respects and looks up to his brother with cerebral palsy. In one interview I saw, he told the reporter that his brother never complains and that has made him so much stronger as an athlete. Because if his brother can face every day with the courage he needs, then what is stopping him?

I was so proud to watch him win that gold medal. You can read a little more about his story here.

Now it's time for a confession. Somehow this season I have been sucked into watching the Bachelor for the first time ever. And while I love dating/love/romance...this show is DISGUSTING. 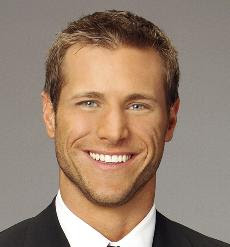 Never mind the fact that all these girls are dating and kissing the same man, but they are all apparently falling in love with him too. Do they not realize that he is saying/doing the same things with the other girls??
Last night the remaining three girls travelled to St Lucia with the Bachelor and each had a date with him. Every date ended up with the girl in a bikini (Phil refused to watch the "pornography" on tv) and then the Bachelor (Jake) gave each girl, on separate nights, a key to stay in the luxury suite with him for the night. And each girl accepted!!!
So they all stayed overnight with him (hmm, wonder what they did all night?) and it was all played out on tv like this was a normal next step in a relationship. Puh-lease! I know it's mainstream to live together before marriage, but to be seen on national tv, staying overnight in a man's room that you have so recently met and knowing that he is sleeping with 2 other girls at the same time?!?! Those girls are crazy!
One of the girls, Tenley, had been married before and had even saved herself for her husband. Then he ended up cheating on her and they got divorced. So she was constantly talking about how she had only been with her husband, and how she had such high values and morals, and then she still slept with Jake.
I was getting so mad at the girls for giving it all away so easily, and then Phil pointed out that Jake was the man-whore who was seducing all 3 women at the same time, claiming to be a man of integrity and values, and then sleeping with them all in order to help make his decision on who should be his wife. And of course, while committing all these heinous acts, he is claiming to be falling in love with all of them. Eeew, yuck, disgusting. Seriously, how is this show allowed on tv? I was so stunned and sickened by it.
~
I feel so dirty and need a spiritual cleansing - Lent can not come soon enough for me!
"Thunk" by Colleen