Unplanned, The Movie That Can Not Be Unseen (a review)

On Saturday, Phil and I and our friend, who's a priest, all went to see the movie Unplanned.  This movie is based on the book by Abby Johnson with the same title. 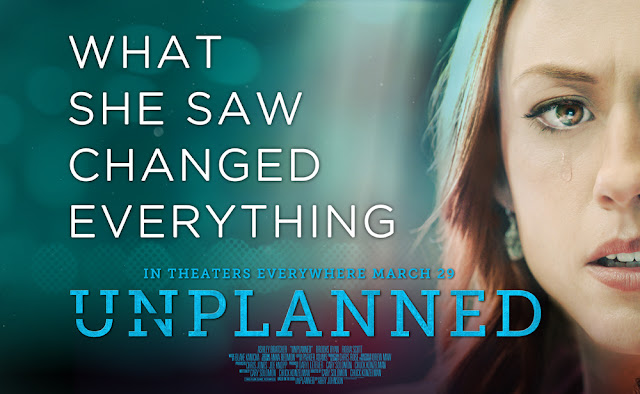 I already knew Abby Johnson's story, as I think most pro-lifers do.  Abby is sort of a hero of our times in the pro-life movement.  She was the Clinic Director of Planned Parenthood down in Texas, and she switched sides after seeing an ultrasound-guided abortion.  How did a little girl, raised in a pro-life family, become not only pro-choice, but eventually Planned Parenthood's Employee of the Year?

Simply put, she believed the lies.

Abby went to college, started sleeping with her boyfriend who was ten years older than her, and got pregnant.  Her boyfriend told her he could take her to a place to take care of it.  She went, not wanting to admit to her family that she was even having sex, never mind pregnant.  She believes the lie that she can put the whole experience in a box and hide it deep down and not think of it again.  For some reason, she stayed with this guy, married him, and divorced him after he cheated on her on Valentine's Day.  Right after, she discovered she was pregnant by him again.  Not wanting any connection to him for the rest of her life, she chose to have another abortion, this time by taking the abortion drug, RU-486.  She takes the pill and settles into bed to wait for her uterus to "gently empty out".  The scene that happens next is one that deserved the R rating, I couldn't even watch it fully.  Abby believes she is going to die on her bathroom floor, and hopes it's not her mom that finds her.

All of this takes place before Abby is even a junior in college, when she meets a Planned Parenthood recruiter at a college fair, and enters a conversation with her about what Planned Parenthood is all about.  The recruiter tells her that they are advocates for women's rights, protect women's choice, and they do good work that provides prevention of pregnancy and therefore decreases the number of abortions needed.  Abby likes the sound of helping women and decreasing the abortion rate (having been raised pro-life) and heads to the clinic to start volunteering as an escort.

This is the part of the story where you can see how easily and quickly Abby is sucked up into the Planned Parenthood agenda.  She truly believes she is helping women, and is rewarded over and over again with promotions.  She is flattered at being asked to be the youngest clinic director ever in Planned Parenthood's history.  Her volunteer position soon becomes her career, and the movie does a good job at portraying the workers inside the clinic as well as the pro-lifers praying outside the fence.  Neither side is painted as evil villains (except the clinic director and the pro-lifers not associated with the 40 Days for Life campaign).  Abby develops real friendships with her coworkers, who after a day full of abortion appointments, throw her a baby shower for her first baby with her new husband (the irony!!).  Abby also develops friendships with Shawn and Marilisa Carney, the team in charge of the pro-life campaign who pray outside the clinic's fence. 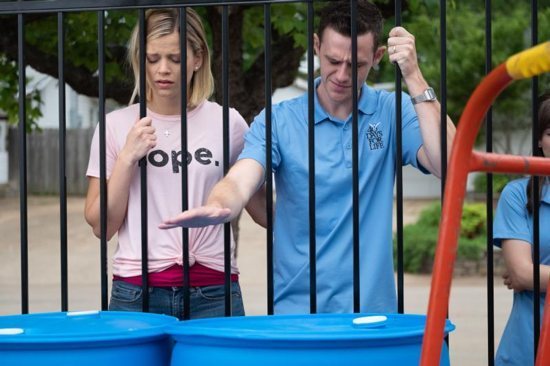 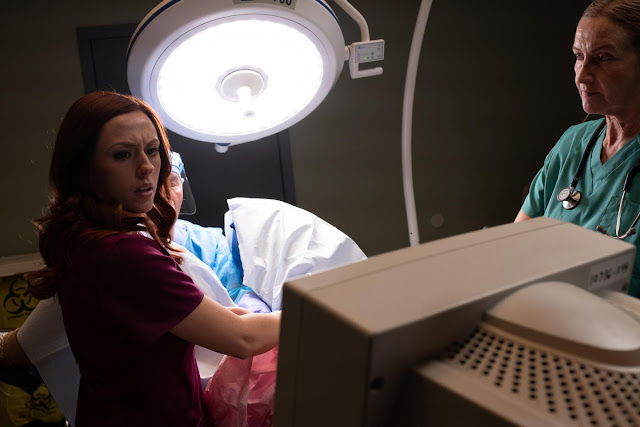 Soon after she is called, uncharacteristically, to assist in an abortion.  The doctor says he only uses ultrasound when he performs abortions to help guide him.  He asks Abby to be in charge of the ultrasound, and she watches on the screen as the baby is sucked out of his mother's womb.  Abby sees the baby struggle and fight to live, and then...nothing.  She is horrified and runs to cry in the bathroom.  Abby knows she can't do this anymore.  She secretly reaches out to Shawn and Marilisa and says she wants to be involved with their pro-life cause.  She quits her job as clinic director, and goes to pray at the fence soon after.  We can see her helping to change the mind of a young woman going in for an abortion, when she tells her exactly what's going to happen inside the clinic walls, and says: 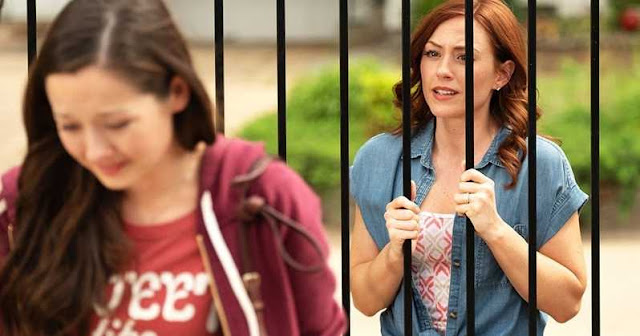 Abby is finally seeing the truth amongst all the lies she has been fed for years.  Her parents and her husband all play huge roles in her conversion by loving her and praying for her change of heart.  One night she can't sleep from the guilt of being complicit in over 22,000 abortions and she's crying to her husband asking him how God could ever forgive her?  Her husband reassures her that God can forgive her because He's God.  Abby gets sued by the clinic, who is afraid that she has now switched sides and will spill secrets, and they hire a billboard lawyer (who definitely adds some comic relief to the story) to defend them.  She is found innocent and goes on to write her book, become a well-travelled pro-life speaker, and is currently pregnant with her 8th baby (on Earth). 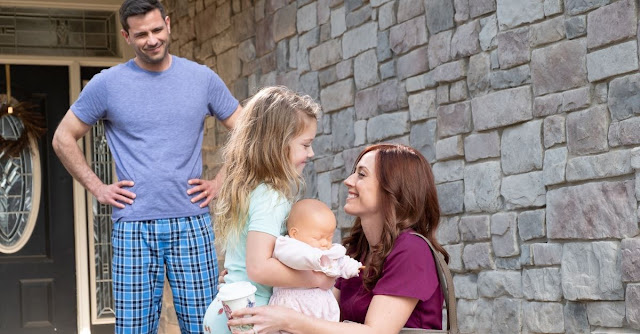 Overall, this movie was very good.  The acting was at times lacking, as I tend to think most films of this kind are.  There were a few very hard-to-watch scenes that keep coming back to me, and for that I would suggest the movie for highschoolers and older (I'll let my 14 year old 8th grader see it, as he knows Abby's story and has been on the March for Life twice).  Those bloody scenes are necessary to understand the horror of abortion, and while I don't think we will win converts through graphic images, I do think we all need to see the results of abortion at least once in our lives to fully understand the evil.  I liken it to seeing Holocaust images or visiting Auschwitz to truly understand what can happen when we believe the lies. This movie strengthened my pro-life stance and reminded me of how powerful prayer and the 40 Days of Life campaign truly are.  There are many "fence scenes" of these dedicated pro-lifers that are heartbreaking and powerful.  The movie also allowed me to empathize with all of the clinic workers who believed they were helping women, and the young girls (some so young!) who were basically forced into making their "choice" to abort.  The images of these young girls, out of it, all sitting lined up in the recovery room is a painful one to see.  Unplanned is one of those movies that can never be unseen, and that's good because we all need a little tuneup to our moral compasses once in a while.
"Thunk" by Colleen