Happy Friday the Thirteenth!!  Are you superstitious?  I'm just a little stitious ;)

Every time I sit down to write these takes, I have to do three things:

Do you know why I do all these things?  Because otherwise my frazzled, tired mom brain can't remember what we did, which therefore means I have nothing to write about in these weekly updates.  OK, just thought you should know how being me works.  Thank you, next. 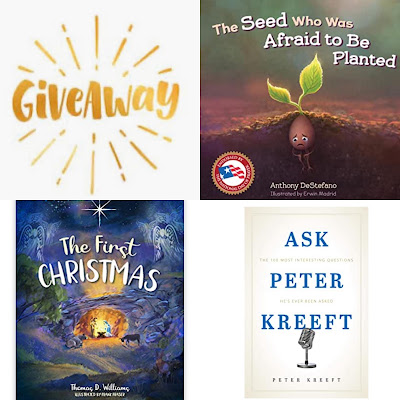 Don't forget to enter the giveaway right here to win THREE wonderful books from Sophia Institute (I reviewed them in my last post). 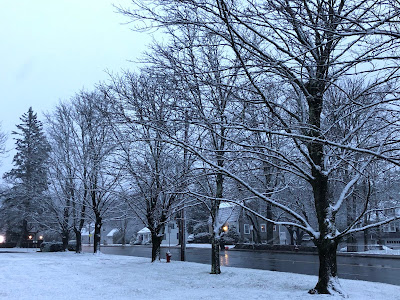 Guys, I'm so so sad to report that my real camera broke last weekend.  I had asked Phil to take photos of the kids playing in the snow, and they were playing at the high school near our house, so he sent Maggie back to get the camera.  She was holding the camera and the dog, on a leash, and some dramatic event happened (it's always dramatic if my girl's involved) that left the dog with a bleeding paw, Maggie with a bruise, and my camera all banged up.  Everybody's fine but RIP my sweet Canon Rebel. 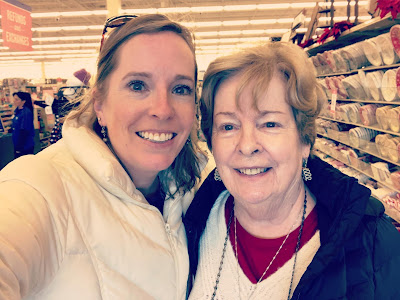 My mom and I went to Hobby Lobby for the first time on Saturday.  I didn't even know we had one anywhere near us.  This one's about 35 minutes away, but it was worth the drive to experience it.  Such cute things!  I got a few Christmas gifts, and some mantel decor for after the holidays.  I could have bought so many signs for the house - but I didn't want to become a hoarder.  They're so cute though!! 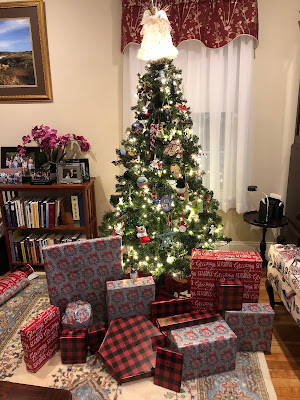 I was able to wrap presents on Monday night, and watched most of a Hallmark Christmas movie (my first!) downstairs at my parents.  I took the photo when I was done wrapping, and then had people ask me if I left presents under the tree until Christmas??  Ummm, no way.  They would be opened by the littlest crew members.  They get hidden away and taken back out on Christmas Eve after the kids are in bed.  Somehow, my parents used to put presents under the tree as they bought them, and we didn't open them.  We shook them, and tried to guess, but I never wanted to ruin the surprise.  Maybe because we were mostly girls, and I have mostly boys?  I don't know but I wouldn't trust them. 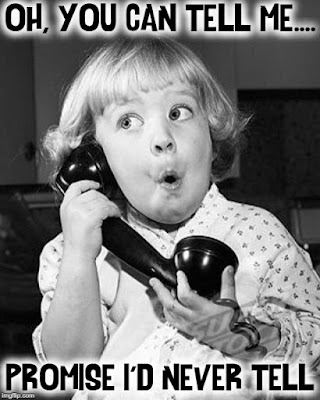 The kids got to shop for each other Secret Santa style at the school's St. Nick's Workshop fundraiser.  It cracks me up to see their personalities/maturity come out during this time.  We had them pick names from a hat, and right away, certain kids spilled the beans.  Then they went shopping and came home with gifts, and again, certain kids just.can.not.even.keep.the.excitement.in.their.little.heads.and.it.comes.out.of.their.mouths.  Brendan bought Xander a princess ball, just in case you were wondering.  Oh wait, maybe I see where they get it from ;) 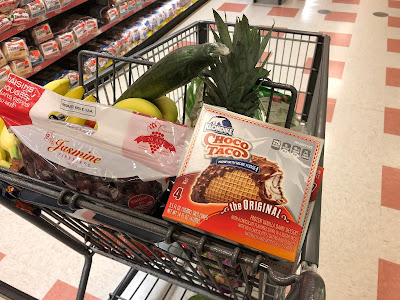 Yesterday we celebrated Our Lady of Guadalupe with chicken tacos and then choco tacos.  We rarely succeed at liturgical living, but this one is a fave.  If you don't know the story of Guadalupe, it's really amazing.  Jim Caviezel stars in this version.  Today is St. Lucy's Day, which is also the anniversary of when we chose our goldendoodle (hence her name of Lucy), so maybe I'll throw her an extra treat tonight to celebrate!  Here's a photo of Maggie from Kindergarten, when she was picked to be St. Lucy because she had blond hair, and the other girl with blond hair was misbehaving.  Moral of the story: If you don't misbehave too much, you also can become a saint.

And that is a Christmas present wrap.  Linking up with Kelly.  Have a great prepping weekend everybody!  Stay strong, we all know it's the moms who make the magic happen :)
"Thunk" by Colleen