Helloooooo!  It's been a minute or two since I last checked in here.  I hope you are all settling into 2020 with perfect vision :)

Here's what we've been up to: 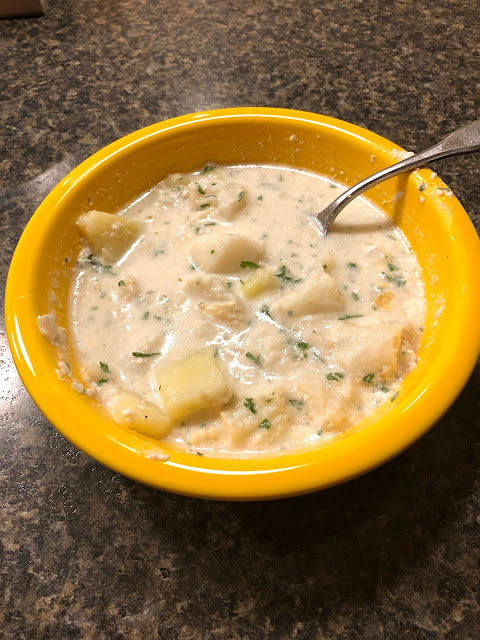 Behind my parent's ice cream shop on Cape Cod was a little restaurant that served THE BEST fish chowder in all the land.  The owner was Chef Sigmund, an immigrant from Poland, who rented the building from my Dad and was the source of my lunches a couple times each week in the summer.  I could eat a pint of chowder with two packages of oyster crackers like it was nobody's business.  When Mr. Gajowniczek (the man St. Maximilian Kolbe saved) came to stay at our home, it was Chef Sigmund who lovingly prepared a traditional dish from his homeland and shared the meal with us.  Long story short, an old friend of mine let me know that Chef Sigmund's son had reopened a shop selling his dad's chowder in a different town on the Cape.  I was able to pick up a couple quarts while we were down before Christmas, and the memories tasted so good! 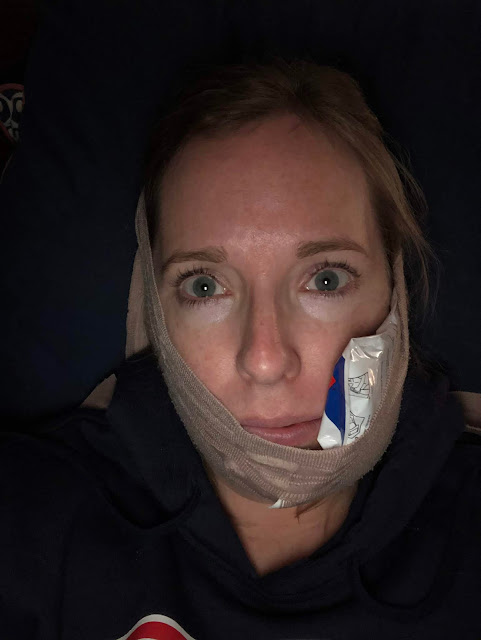 That chowder came in handy after my dental implant surgery I had after Christmas.  My second-to-last bottom tooth on my left side has been the biggest money pit.  I had previously gotten a root canal and crown on the tooth a few years ago.  Last year, it became infected and had to be pulled.  Then I had a bone graft done to build up my bone to take an implant in the future.  After 6 months of healing, I was able to get the implant done.  Now I have to let that heal for four months, and then I get a new crown.  Yippee!  I'll be Queen Colleen with two crowns in the same exact spot.  Thank God for dental insurance, but still...$$$$$$. 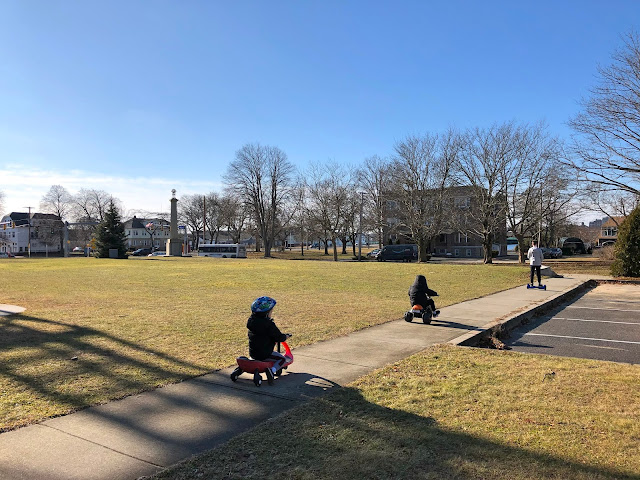 Phil and the kids all had two full weeks off of school for Christmas break, and the weather was glorious!!  There were sunny days in the fifties, which came in handy to test out the new hoverboard and motorized scooters (as well as the old PlasmaCar and Harley Davidson trike). 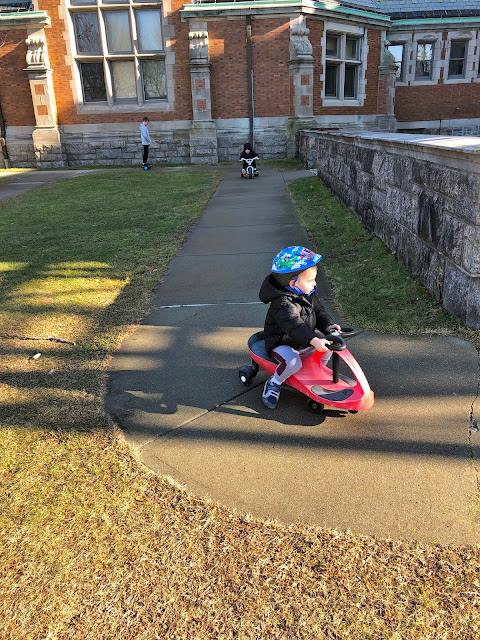 My brother's family came to visit and we all walked (some of us drove) down to the fort together.  We live in such a beautiful place, and it never gets old! 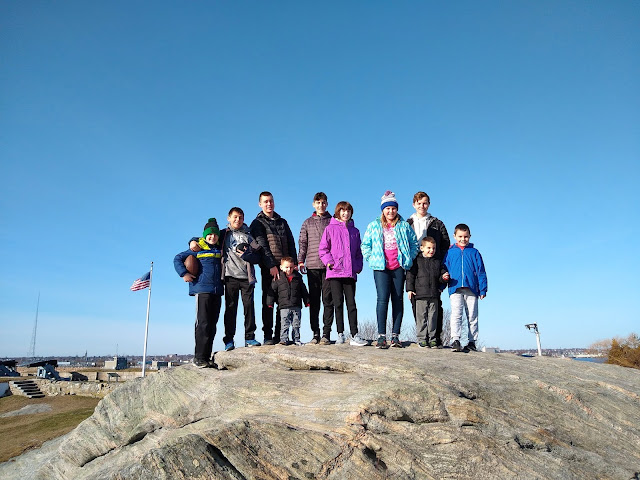 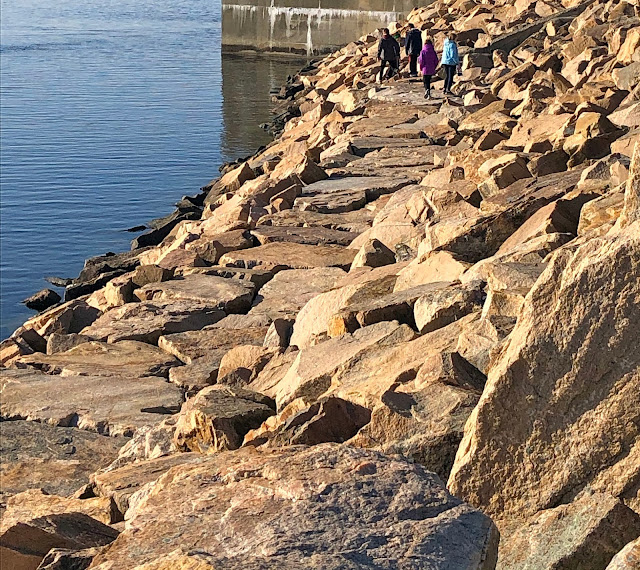 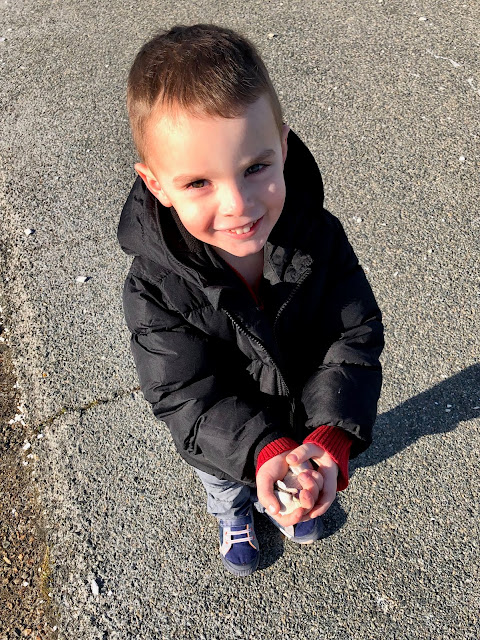 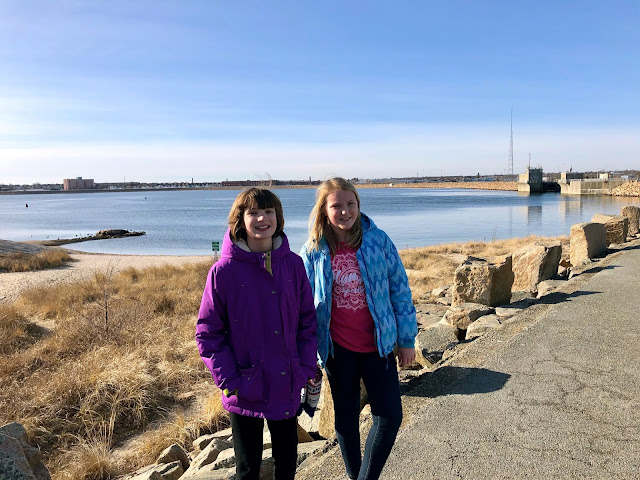 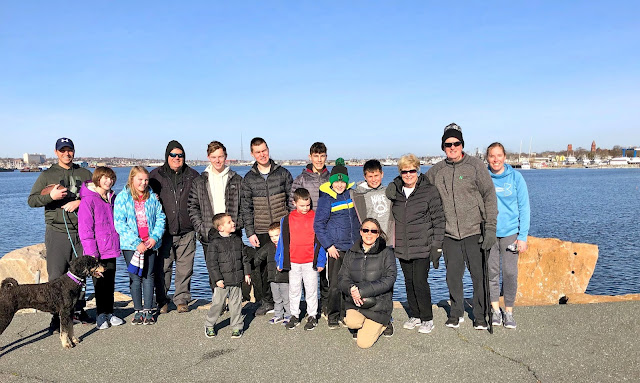 On New Year's Eve, we went to Mass at 4pm and then out to an Italian restaurant with four of our kids and my parents.  The place was way fancier than we expected, but the little boys behaved pretty well (after a few rounds of guess-whats-under-the-napkin and I Spy), and it was a different celebration than we're used to! 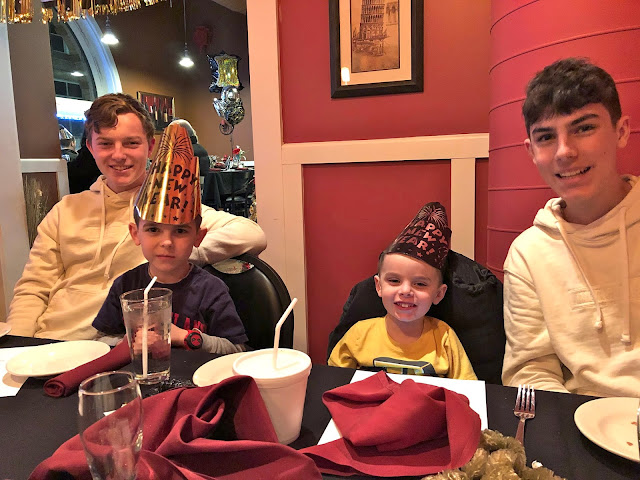 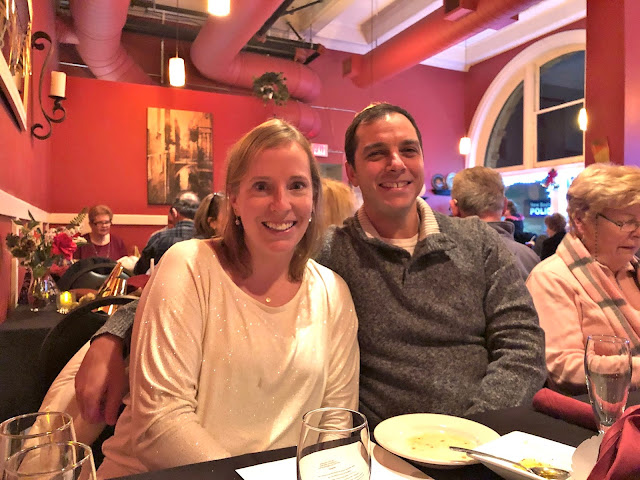 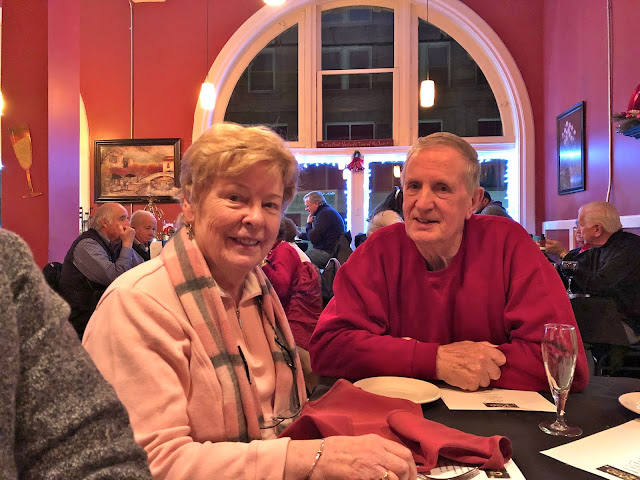 The middle three kids were sleeping over with cousins and having their own fun celebration.  They even stayed up until midnight!  Not me, no thank you, I was in bed by 10, reciting my motto that "Nothing good happens after 10pm" :) 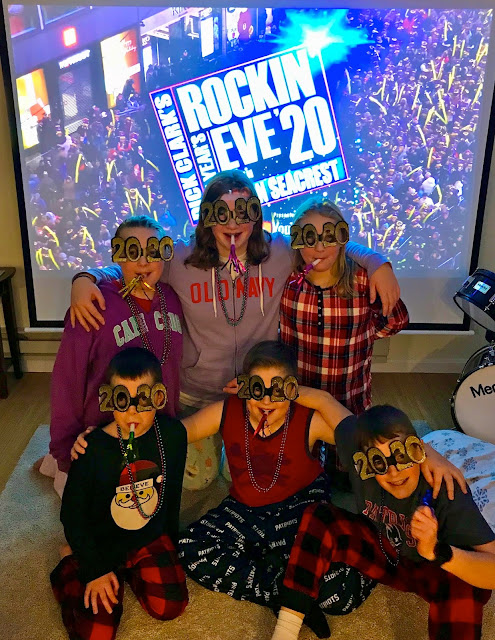 The next morning, I excitedly went to work on my new planner that Phil bought me for Christmas!  I would link to it, but I think it's sold out??  I borrowed Maggie's pens, then had to get a set of my own because they were great. 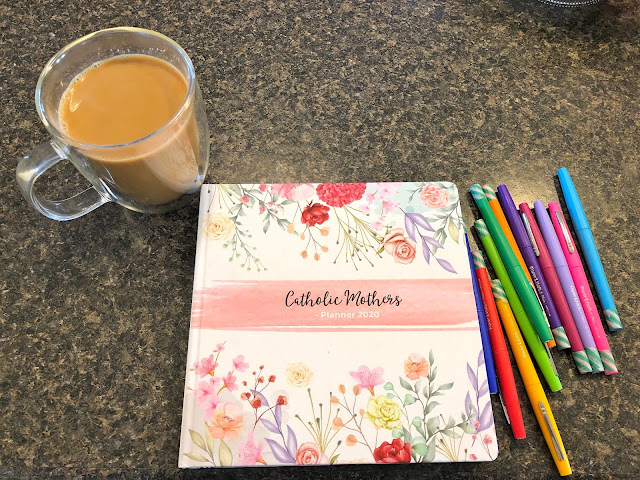 My New Year's Resolutions are:

I'm doing very well on both, so far.  Ask me in February, when I'm sure to have failed but Lent will refocus me ;)

My Word of the Year was "Birth" to which I quickly said nope! and picked another.  "Unwind" is where I landed.  Not sure what that will look like in my busy life, but time shall tell!

My Saint of the Year is St. Gemma, whom I'm excited to learn more about.  Also, Phil picked a Saint of the Year and got St. Gerard, who is the patron saint of pregnant mothers.  We looked at each other and panicked briefly.

We took the youngest five kids to the zoo one day, the older three boys went ice-skating one day, friends were played with, movies were watched, and all in all, it was a very nice break! 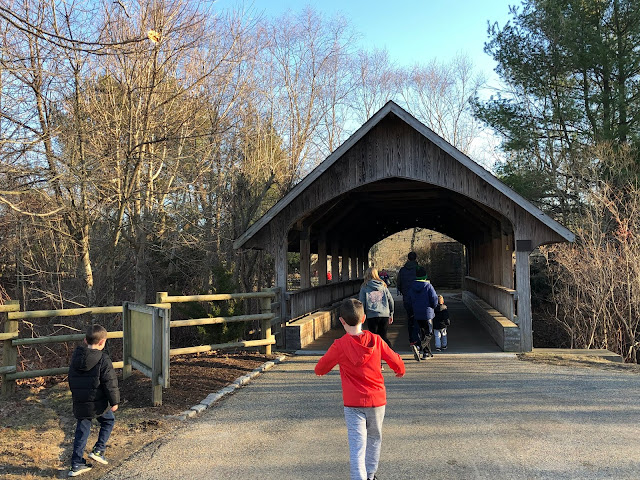 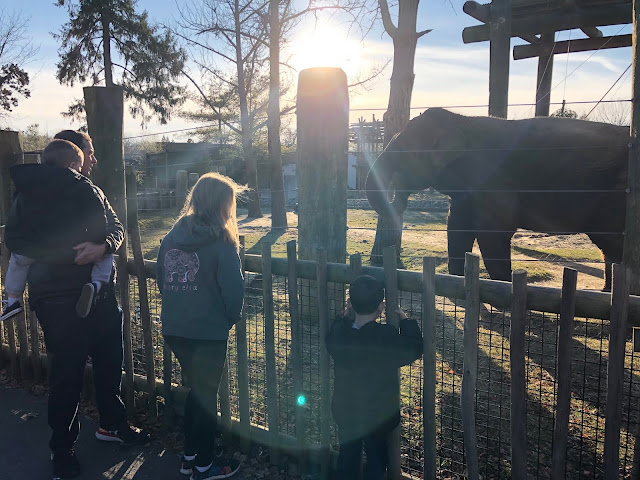 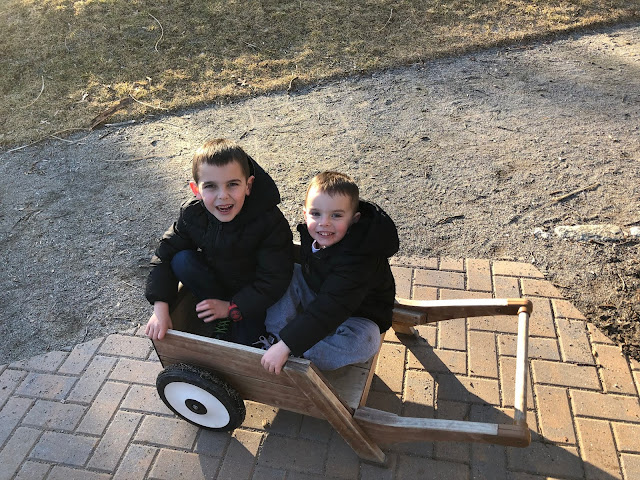 Until the Patriots lost.  Blech. Yuck. Sick to my stomach season ender. 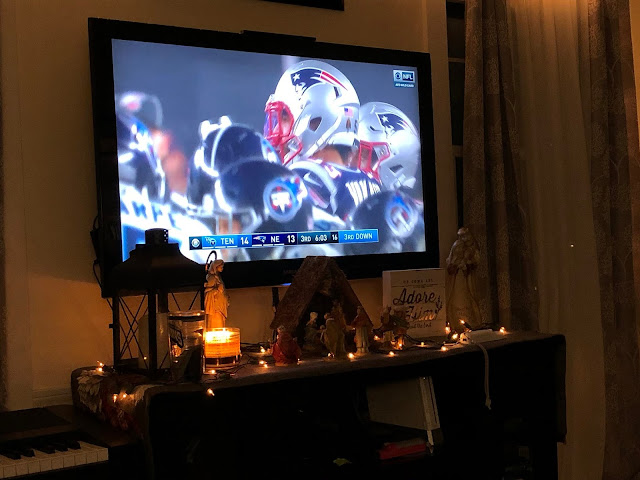 7)
On the last weekend of break, Nana and Gramps and Aunt Diana and Cousin Anya came up to visit!  We had second Christmas with them, had some friends over for dinner, and made gingerbread houses for the first time.  The gingerbread houses were $2 at Walmart (note to self, always buy in January!) and the kids had fun putting them together.  I did not have fun cleaning up the mess, but it was still worth it! 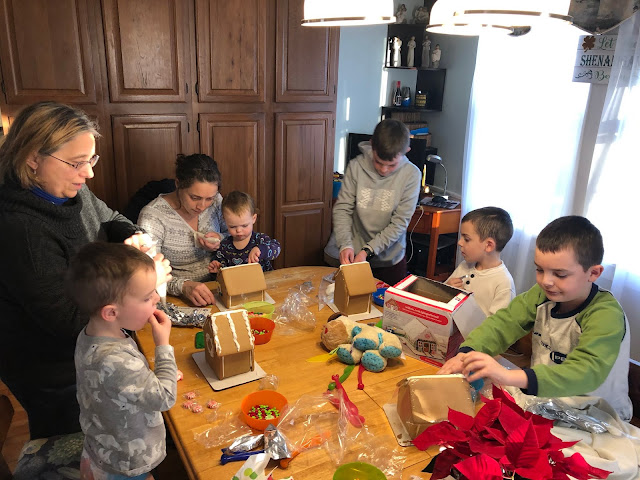 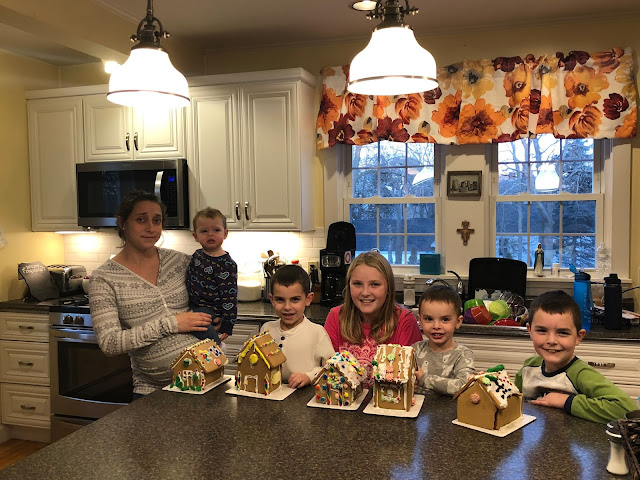 Declan and Brendan loved having Anya around.  Every time Brendan would wake up from a nap, he would ask if Anya was still here.  And Maggie, oh boy, she was in heaven having a little girl to take care of! 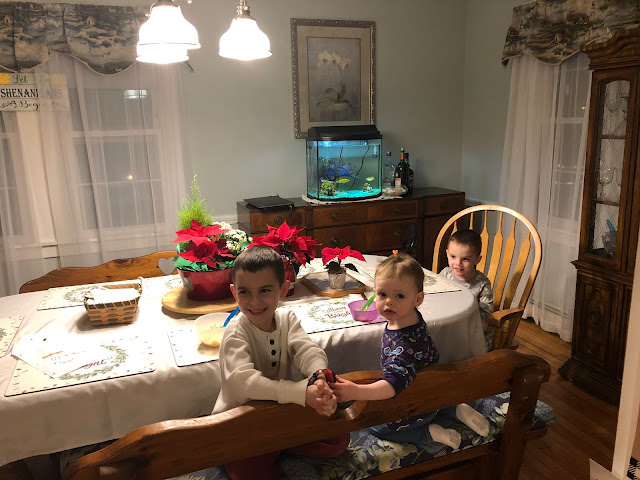 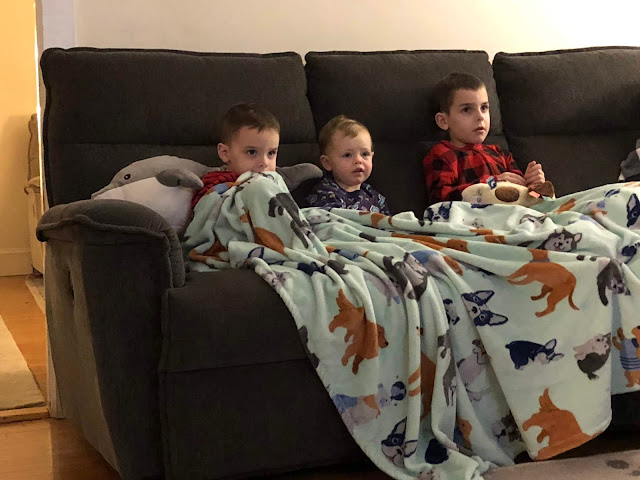 And that, my dears, is more than I thought I had to type out.  Happy Friday!  Have a playoff football watching, cheap gingerbread house making, resolution cheating kind of weekend!  Go see Kelly for better quick takes :)
"Thunk" by Colleen