7QT: Two Spidermen and Two Elections and Two Much To Think About

1)
I never posted our Halloween pictures...mea culpa!  It was a weird but fun Halloween, which is probably the story of all holidays in 2020.  Maggie went to a friend's birthday party and dressed as a minion: 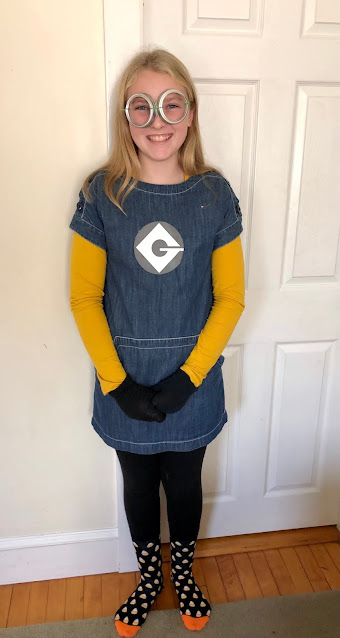 JP worked at the ice cream store, in costume as Hawaiian Punch: 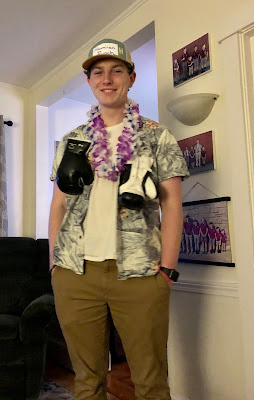 Andrew was in quarantine from what turned out to be a FALSE positive close contact student from school.  So annoying.
Eamon dressed up as Edelman (a Patriots player) but did not want to be in any photos.
The littles went as Captain America, Spiderman and another Spiderman (Brendan is big into imitating everything Declan does). 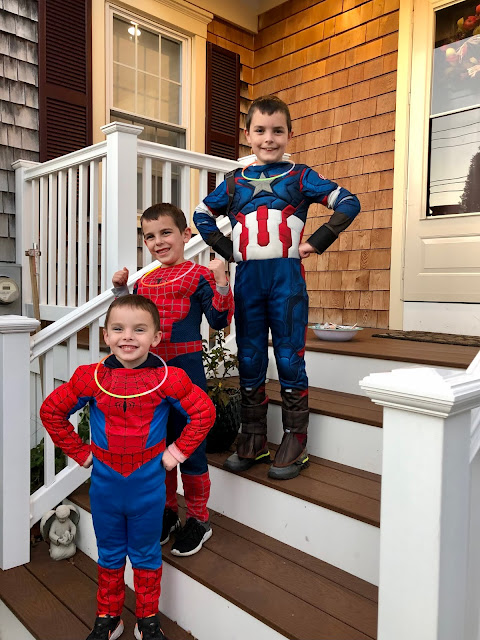 We left our house around 5:30 and it was cold (in the thirties!) but still light out.  I was so happy we brought the wagon and the youngest two kids jumped in and out all night. 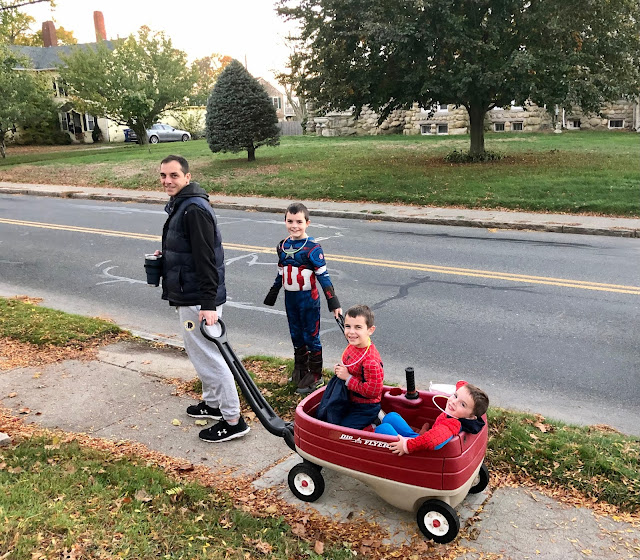 We have actually never been trick-or-treating in our neighborhood!  We have always gone to my sister's house in another town, had a family party and then hit up a few houses over there.  But alas, covid has changed social gatherings for the rest of the year at least, so we were on our own.  Our neighbors were so clever and had set up lots of different ways to give out candy safely.  Some had chutes, some had tables set up and decorated, and others threw out candy from their front porch.  It actually ended up being very fun! 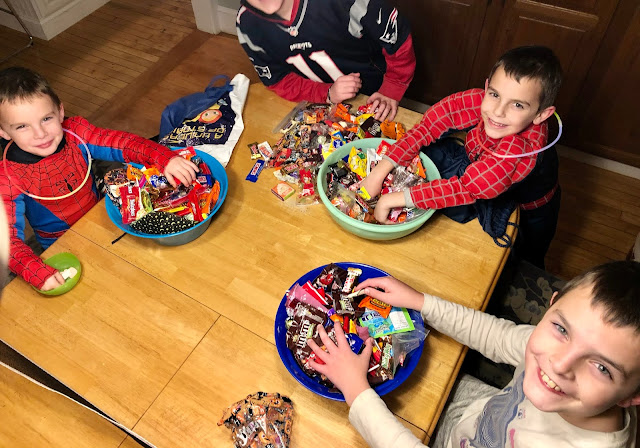 I've realized during this 2020 pandemic, that my role as Mom is more important than ever.  My good attitude and energetic spirit are so needed by my kids when everything can seem like a disappointment at first glance.  Special meals and impromptu dances and intentional fun plans are the keys to keeping our spirits up.  When the kids are happy and well adjusted, then it's a wonderful circle of positivity instead of negativity.  It's not easy, but most things in life worth doing aren't ;)  Personally, I was sad about how Halloween was going to look this year, after so many past big family parties, but I rallied for the kids, and it actually turned out very fun!  Fake it until you make it :)

Massachusetts has created stricter rules starting today.  Masks now need to be worn outside (!!) as well as inside, and indoor gatherings are limited to ten people.  Our own family barely makes the cut!  Two weeks of slowing the spread has turned into way too long.  I don't know how it's going to end, but I do know that this life is fleeting, and focusing on the state of our soul is more important than ever.

The election has been....interesting.  Every morning I wake up and ask Phil if we have a president-elect yet, and every morning he says no.  Doesn't it seem like, in this technological age, we should be able to walk up to a machine, scan our fingerprint, and vote electronically?  When I voted, they didn't even ask me for my license.  I literally could have said I was anyone from my town and voted multiple times.  Calling states for Biden when they are less than 90% counted, and not calling them for Trump when they are 98% or 99% counted?  Why?  Just to keep up the appearance that Biden is in the lead?  Or to find more Biden votes in the nick of time?  Dead people voting...mail-in votes counted overnight that all voted for Biden...sharpies being handed out at voting stations...it's a corrupt election no matter who wins.  The whole system is broken.

In other election news, Eamon is running for Class President, and I helped him make a few campaign posters.  These were all ideas I found online, just for the record.  Apparently, I enjoy my humor more than he does, but I'll let you judge for yourselves (poor quality because I took pictures of my computer screen): 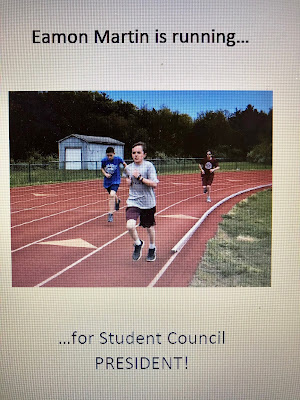 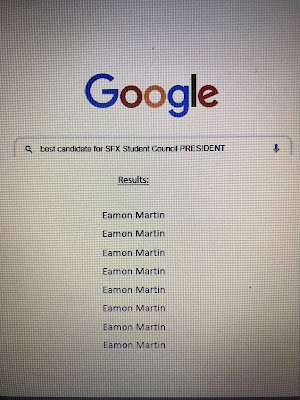 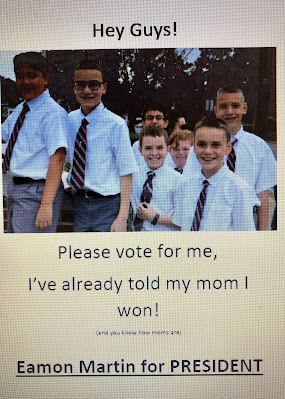 Hope you all have a great one!  Stay positive!  Don't forget that God wins in the end :)