Long time, no post.  Life's been busy, and after a year of not having too many commitments, even the few activities we are involved in feels like a lot.  The pandemic made me weak.  But I'm working out my taxi driving, logistics planning, calendar keeping muscles and I'll get stronger soon.  Right?

The end of March means financial aid season at work, which is my least favorite season of all.  In order, my seasonal preferences go: Christmas, Fall, Ice Cream, Spring, Winter, Summer, Financial Aid.  So work has kept me busy and cranky and on top of that, I had to go to the dentist twice last week *shudders from post traumatic dental visit* to put a crown on top of my dental implant.  Long 2 hour story short, the crown was not created correctly by the lab, and no amount of resizing worked.  I had to get another impression done (gag, literally) and am now waiting for a new crown.  Hopefully, that one goes in quicker and smoother and I will be the Queen that I was always meant to be ;)

My amazing mother turned 83 last week, and loved hugging her grandkids since she is now fully vaccinated.  I gave her the best caramels from Cape Cod as a gift and listened with delight as she told us in detail everything she ate for the day.  There was ice cream and fried seafood involved, the apple doesn't fall far from the restaurant tree.  The lady loves to enjoy life! 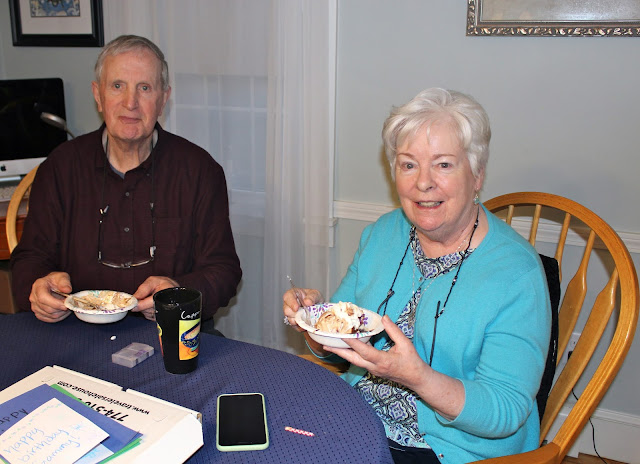 Speaking of ice cream, the shop where the boys work just opened for the season, and JP worked opening day from 3-8 with three other people, and they each made $90 in tips at the end of the night!  What?!?  That's pretty much double what he makes on a busy summer day, and if we ever need to borrow some cash, we know where to go.

Alexander was signed up to perform a "Standard Non-Classical for 9 year olds" piece for his virtual piano recital, but his teacher thinks he should enter the "Jazz/Rags/Blues 10 and Under" division too, so that's what we're doing.  I think he can use the same song for both, but he has two songs nearly perfected, so we shall see.

Andrew's football team lost their first game this season, but he caused a fumble (is that football terminology correct?) and I caught the action shot.  He looks so cute in that outfit.  I mean uniform.  Go Number 24! 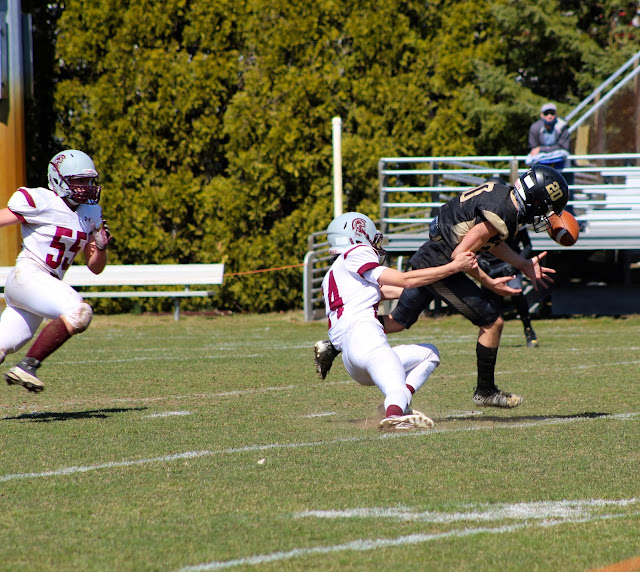 Eamon and Maggie have been killing it at school with straight As and they make me so proud because they serve on the NJHS and have been involved with collecting items for charities, and tutoring younger kids that need help.  I love how their Catholic school gives them lots of opportunities to shine and also help those less fortunate.

Declan is turning seven on Good Friday - bummer.  He is excited to open one present on his birthday and then celebrate the next day.  At first he wanted to celebrate on Easter so that he "could get more presents than the other kids got in their Easter baskets" but we explained that wasn't a very nice way to behave, so he settled for Saturday instead.  You can tell he comes from a competitive big family, no?

Brendan is just being his joyful self, waking up each day and letting us all know how many more days left until Declan's birthday and Easter.  A few weeks ago at Mass, he was talking and moving around a lot in the pew, and afterwards, I told him that we were going to get donuts after Mass but that he didn't earn one with his behavior.  Ever since that, he has been an angel at church.  But now we are forced to get treats after every Mass.  So it's a win for behavior and a lose for my tight pants. 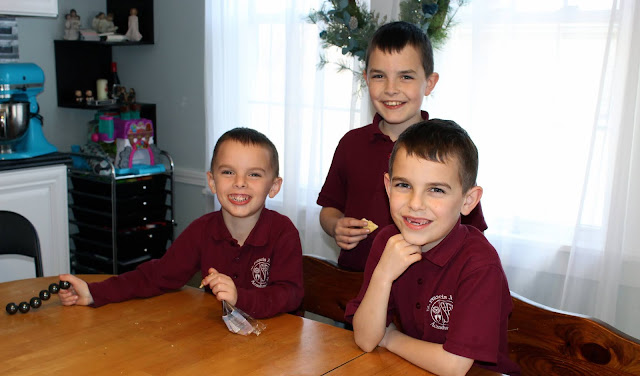 And that's a wrap!  Happy Holy Week everyone, we're almost to the finish line!

{linking up with Rosie Just Because}