1)
How is it the last day of April already?!?  At least May brings some good Boy Band Memes... 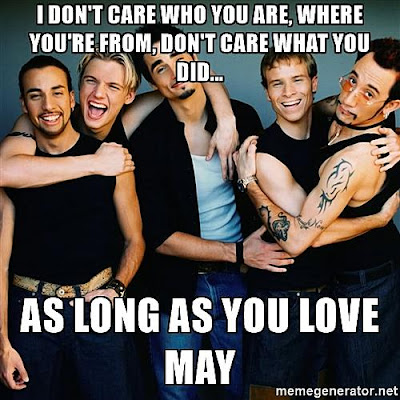 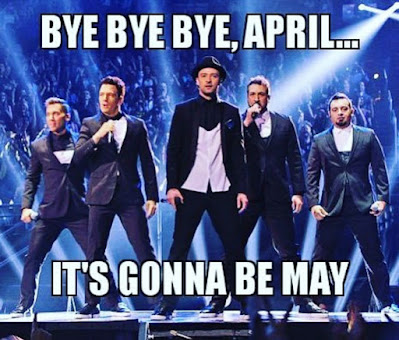 2)
Andrew (high school Sophomore) had to cook dinner for the family for his health class.  He chose Copycat Chick Fil A grilled chicken sandwiches, roasted green beans, and homemade potato wedges.  Phil and I skipped the potatoes and had broccoli slaw instead.  Womp womp, but we need to clean up our diet after a lot of Easter/Spring Break indulging.  Everything was delish and I can now retire. 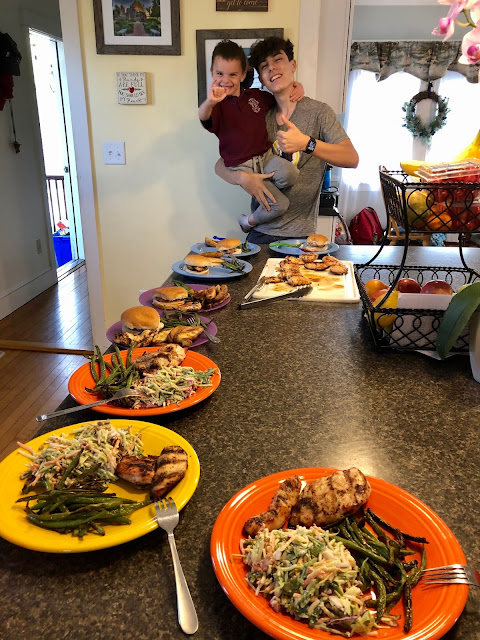 3)
A new cardio class was added at the gym and it involved some step aerobics, which brought me right back to my college days at Franciscan. 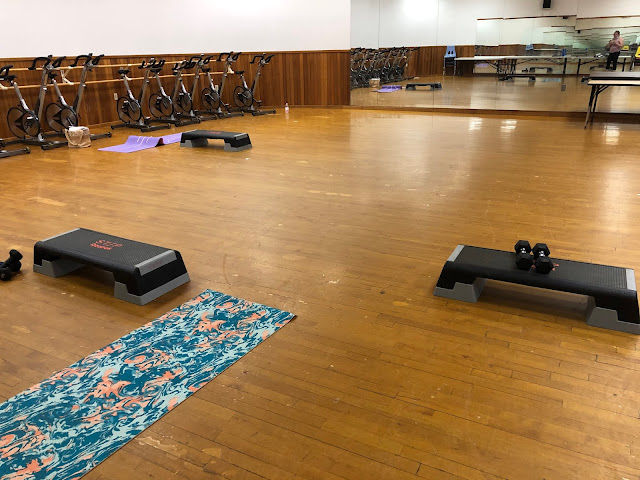 Funny story - Phil and I crossed paths once in college before meeting officially in Austria, and it was at a step aerobics class that his friend was teaching.  Phil and two buddies went to the class as a joke but I was there for real, and those boys were cracking me up so much (because they were completely out of sync with all the girls) that I was trying not to pee my pants.  Turns out I married one of them, and he still cracks me up (and I still try not to pee my pants)!
4)
Eamon got his braces off!!!!  His teeth look so great and he won't have to go to high school as a brace face.  Now three kids have had braces and Maggie looks like she won't need them (thanks, girl!) and Alexander had a consultation and he definitely needs them but they want to wait a year because he's only nine and needs to lose more baby teeth. 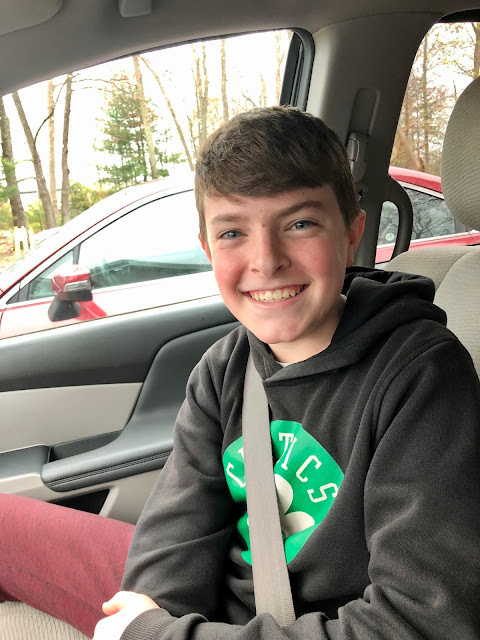 5)
Kids' sports are gearing up again!  Andrew finished his football season and recorded 18 out of 20 extra points as the Varsity Kicker. 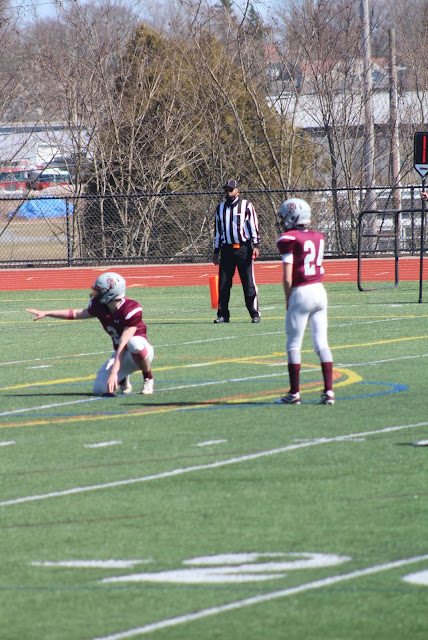 The poor guy only had a weekend off before Spring Track started.  We also have swim lessons beginning this week for Xander, Declan, and Brendan.  Andrew, Eamon, and Maggie are signed up to play summer basketball with practices starting next month.  Oh!  Plus tennis lessons for Eamon, Xander and Declan that start at the end of May.  Feels like old times pre-pandemic when we were chauffeurs and spectators extraordinaire!
6)
Mother's Day is coming and we all know how amazing moms are: 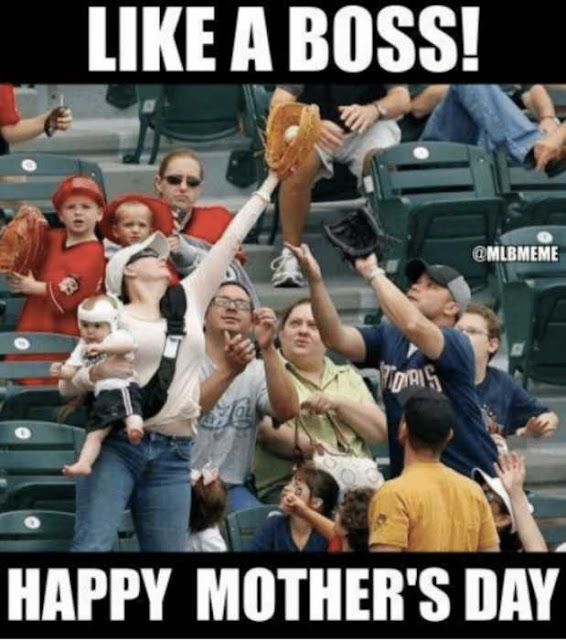 (That's a hint for any guys who read this blog.  You've got 9 days to shop.  You're welcome.)
I'm eyeing this adorable blouse from Talbots.
7)
I just remembered a story from when JP flew out to Texas in March right after his 18th birthday.  There was a woman on the plane that was asleep, but then the flight attendants couldn't wake her and yelled out for a doctor.  Nobody stood up, so JP stood and said "I just completed an EMT course, I can try to help" and they called him over.  When he went to check the woman's vitals, she shot awake and laughed and said she was a really deep sleeper.  That story makes me so proud of JP and also jealous of that woman's ability to sleep so soundly :)
And on that note, have a RESTFUL weekend everybody!  Relax, recharge and renew :)
{Linking up with Kelly}
"Thunk" by Colleen