Eamon, my thirdborn son and mini-me, graduated from 8th Grade last week.  How is he ready for highschool already?  I grabbed a photo of him outside of the church before the Baccalaureate Mass began and he looks so grown up to this sentimental mama. 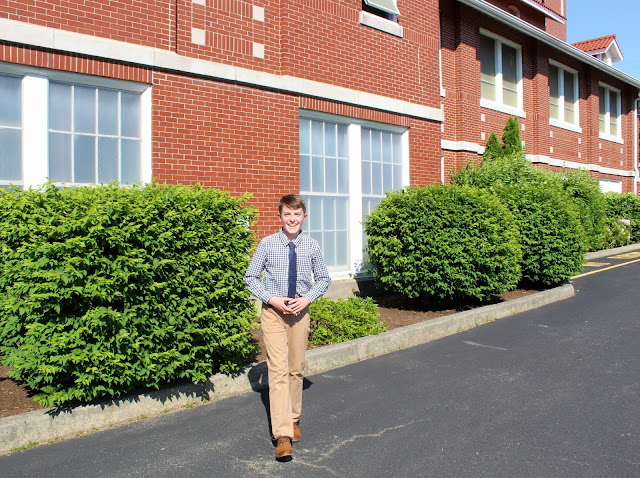 They processed in wearing their gowns and caps (but no hats for boys in church!) and Eamon read the Prayers of the Faithful during Mass which was nice to see since he normally plays the role of Altar Server at every Mass instead. 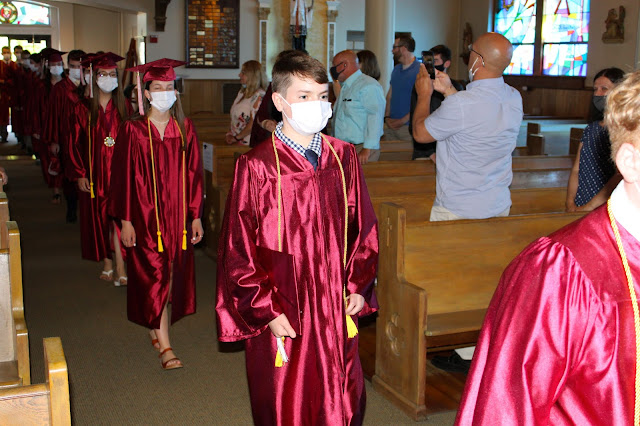 After Mass, it was group photo time, which I was late before because nature called and the line was incredibly long! 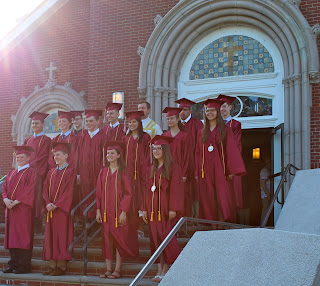 That's Eamon the right, his cousin Tommy behind him, and his friend Drew on the left.  Such good kids. 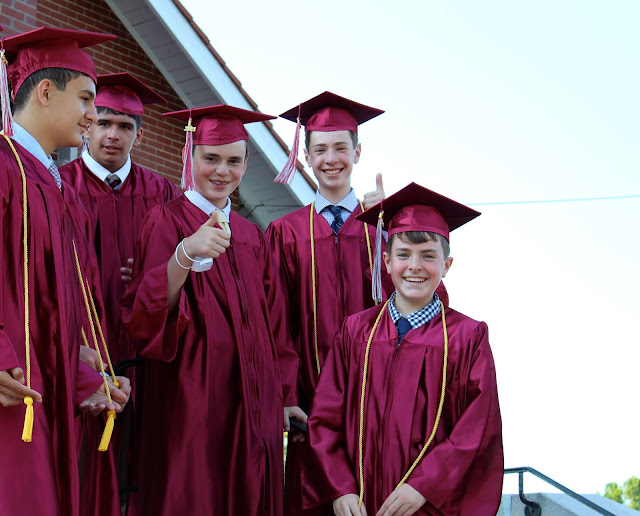 The class walked down to the school for the last time together.  Bittersweet for these fourteen kids who have been together a long time! 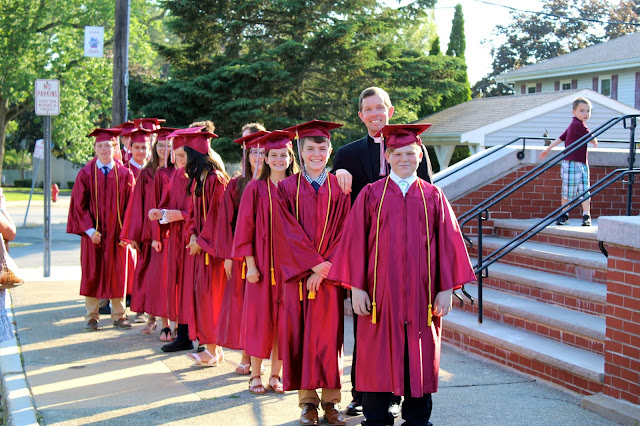 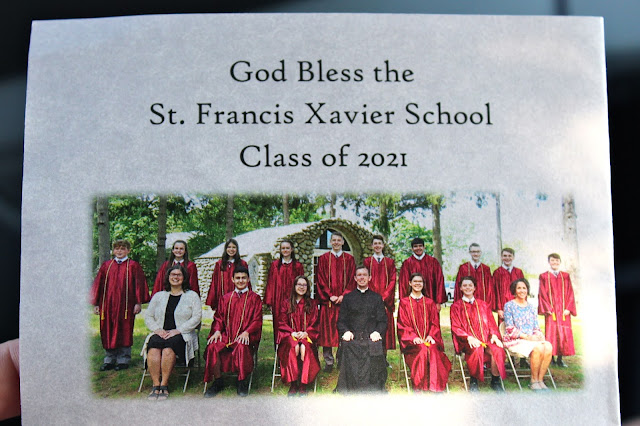 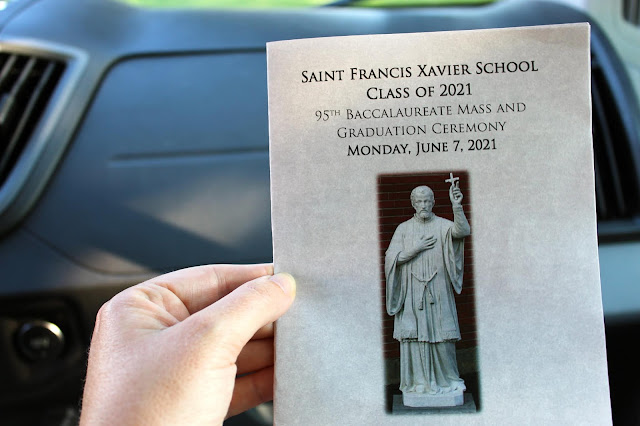 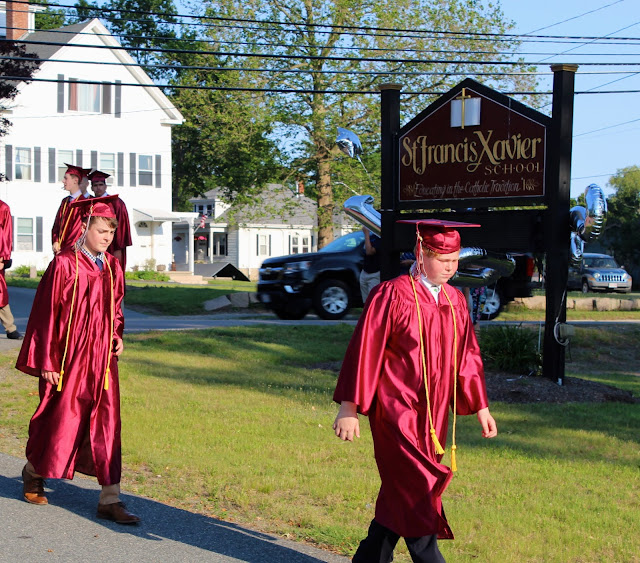 Here's Eamon receiving the Algebra Award (could an accounting mom geek out any harder?!)

As well as another award for service to his school and parish. 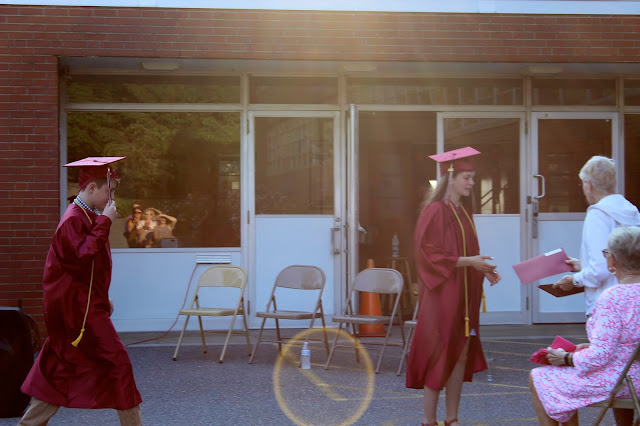 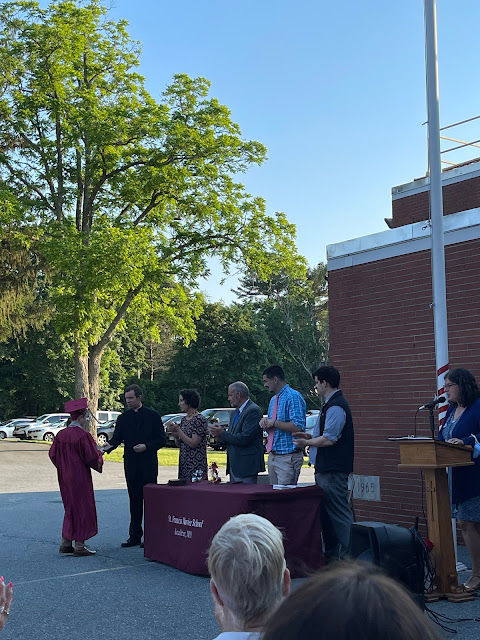 Eamon is a hard-working student who received STRAIGHT A's this year, not even one A-, the first in our family to complete this feat in 8th grade.  I am so proud of him academically, but even more importantly, I am so proud of the person he is.  Eamon is quick to obey, easy to smile, fun to be around, holy without embarrassment, humble yet gifted, and makes friends easily.  He is a dream child who still gives me hugs on the daily.  Kisses, not so much ;) 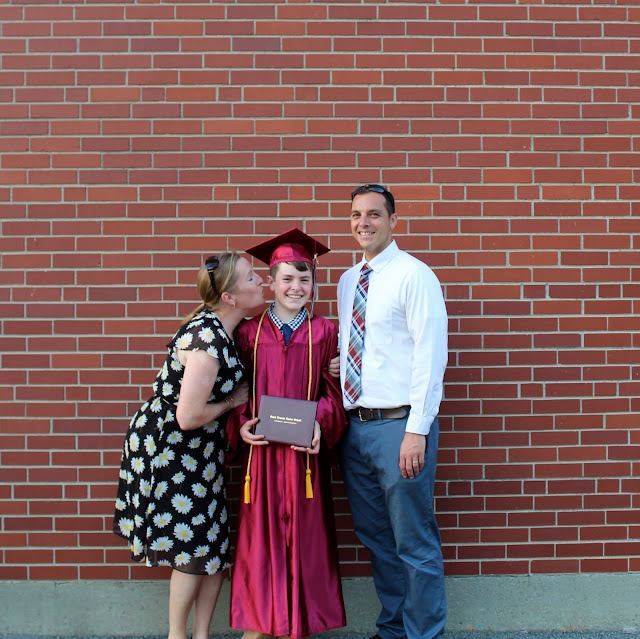 Eamon graduated with his cousin Tommy in his class and they will both continue on to Catholic high school together in the fall. 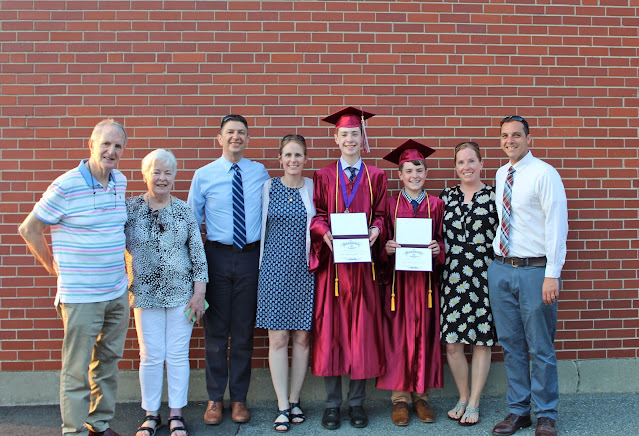 As you can see, Tommy has had his growth spurt and Eamon is still praying for his :) 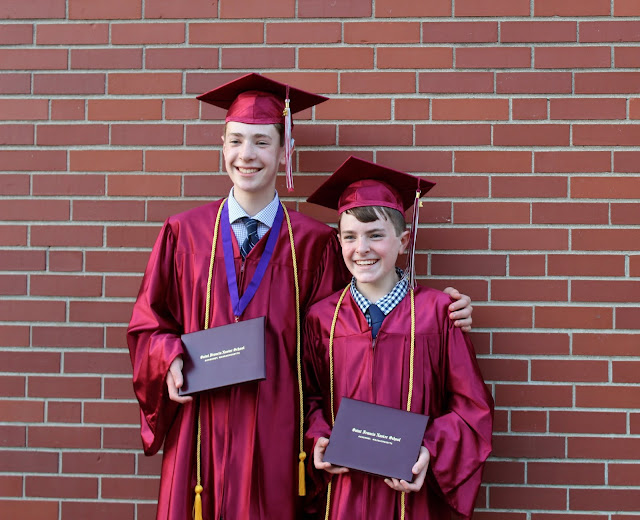 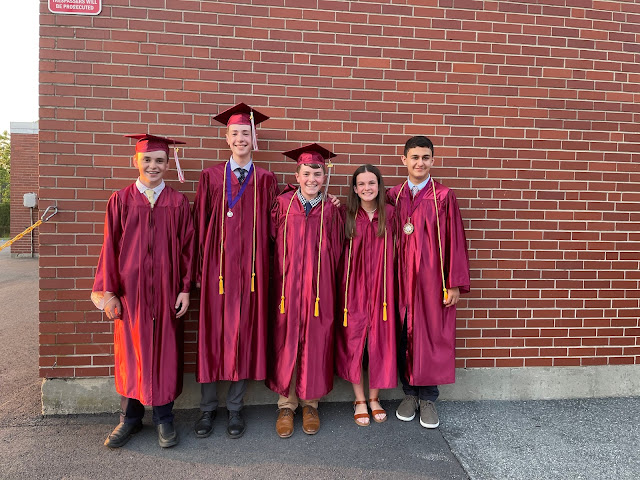 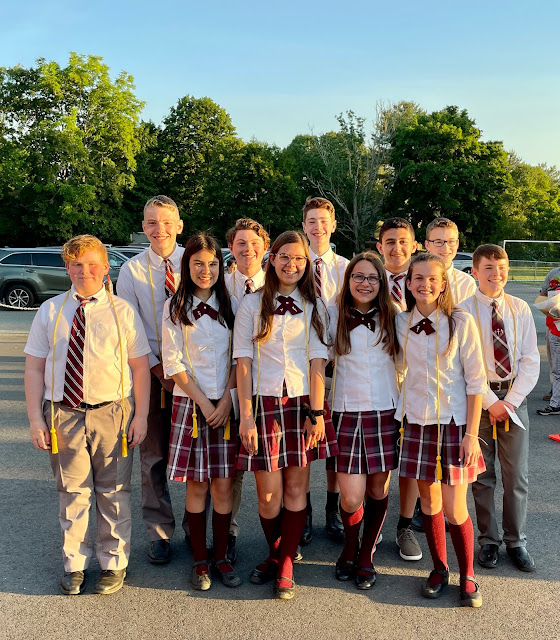 Brendan and Declan are future graduates...and I'm in no hurry for that time to arrive! 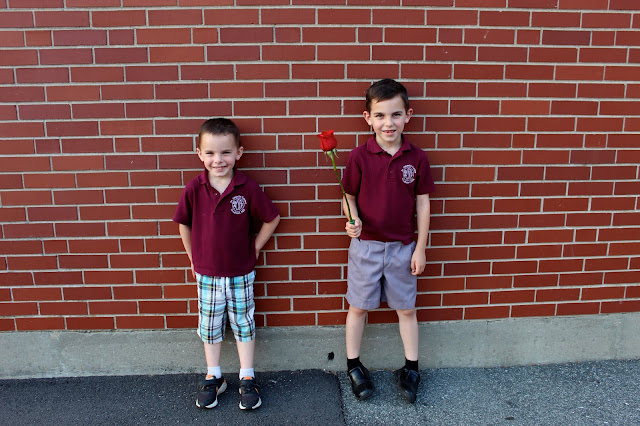 The 8th Grade class had a nice day on Cape Cod for their Class Trip, complete with bike riding on the canal, Chick-fil-A for lunch, mini-golfing, a pizza dinner on the beach, and ice cream!  Sounds like my kind of day! 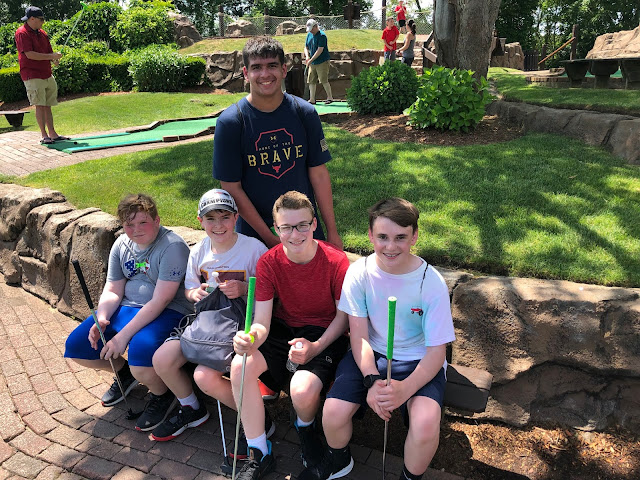 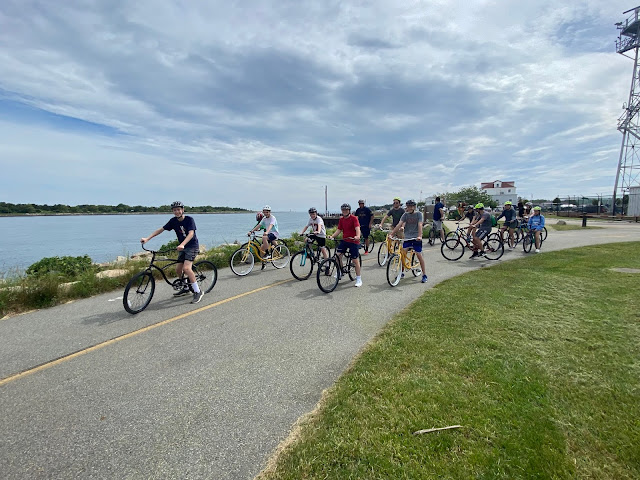 They also had a big celebration at the school, planned and executed by the parents.  It was a fiesta theme outdoor party with a Mariachi band, catered Mexican food, and lots of treats and goodies for the graduates.  I don't have any photos of that because No.Parents.Allowed.  Ha!
All in all, it's safe to say that in this crazy year, Eamon's class (and his school teachers and Administration) truly made lemonade out of pandemic lemons.  I'm so happy for them all!
"Thunk" by Colleen