*types a fifth child herself*

Alexander Blaise (age 10) is our fifth, and he is so funny and talented and very unique from the other kids.  He just marches to the beat of his own drum and has a ball doing it.  It sometimes makes it ahem, challenging, to be his parent, but everybody else seems to really enjoy him ;)

He came home from school with a collage that his teacher had put together for each student, based on what the classmates wrote about each other: 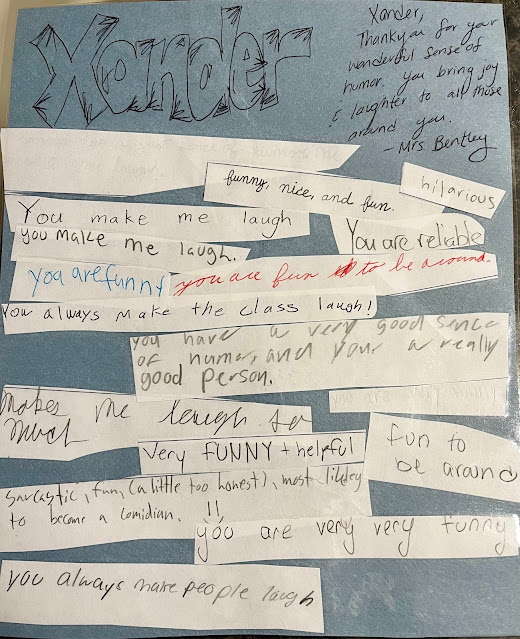 Me: Everybody seems to think you're funny.

Xander: Yeah. *dramatic sigh*  I just wish people thought I was amazing and brilliant and destined for greatness.

For his history project last week, Xander had to write and present a report of JFK Jr. and was complaining that he picked the wrong person to research because JFK Jr. just dressed normal and he wanted to wear a cool costume with a wig or stilts or something cooler.  He was happy to report that when he was a presenting as JFK Jr. in front of his class, and mentioned that Jackie Bouvier was the most beautiful girl he had ever seen, two of his classmates blushed because they were presenting as Jackie Kennedy!  He also coughed a lot when talking about his illness, and put on his thickest Boston accent to deliver the famous line " Ask not what your country can do for you, ask what you can do for your country". 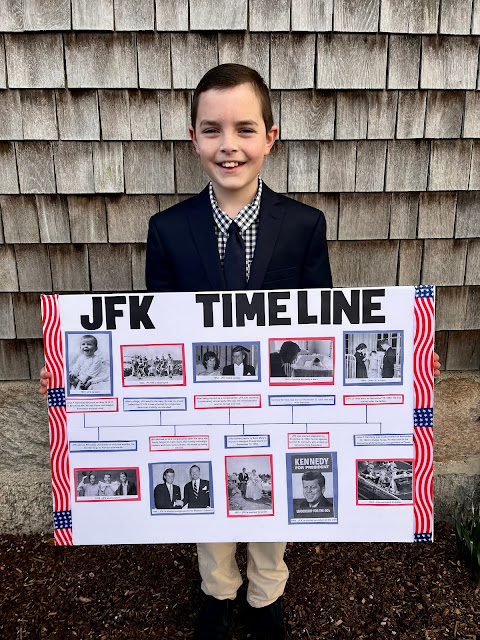 On Saturday, Phil and I drove Xander up to Boston for his first piano competition in person.  The last two years have  been virtual competitions, and he had placed first, but those video entries were perfect, as we had the luxury of sending in the best one.  This was the real deal, and if you make a mistake...no redos!  First up was his evaluation:

He did indeed make a mistake, and the judge pointed out that she knew he had only because he flinched when he did it.  She told him not to give any outward sign if he made a mistake and nobody would know.  She loved his performance and gave him a score of 100 and sent him along his merry way. 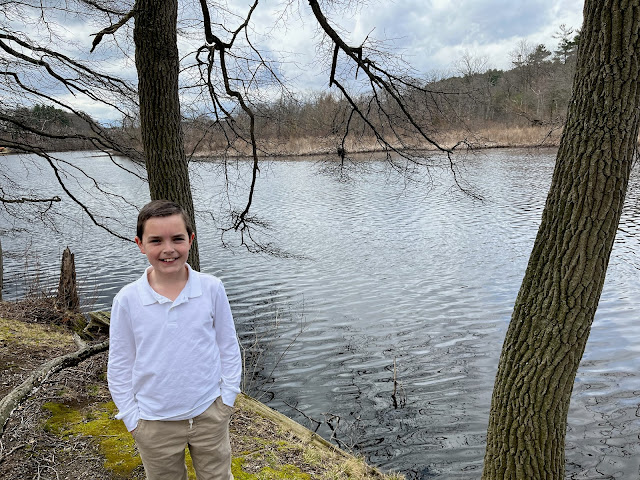 Three hours later he competed with 9 and 10 year olds and then two hours later he competed against 10 and 11 year olds.  We couldn't take videos of his real performances, but he played so well.  It was eye-opening to see his talent compared to the other kids.  We had just never seen anyone else his age play the piano before, and I don't think we realized how good he was, shame on us.  He ended up placing FIRST in both groups and was a very happy guy :)
We had time to kill in between his competitions, so we went to Hobby Lobby and I bought a grapevine wreath and some flowers: 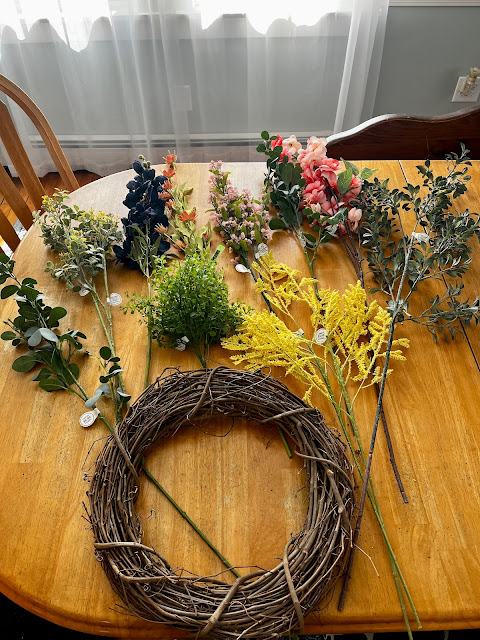 And crafted a Spring Wreath: 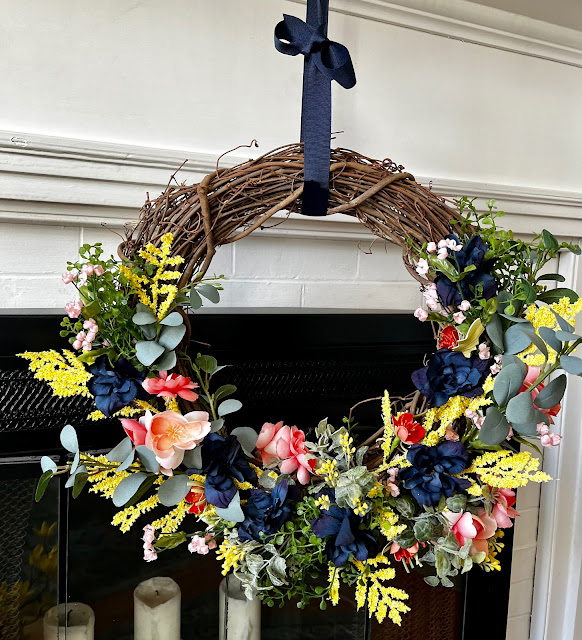 I also decorated our fireplace mantel for spring: 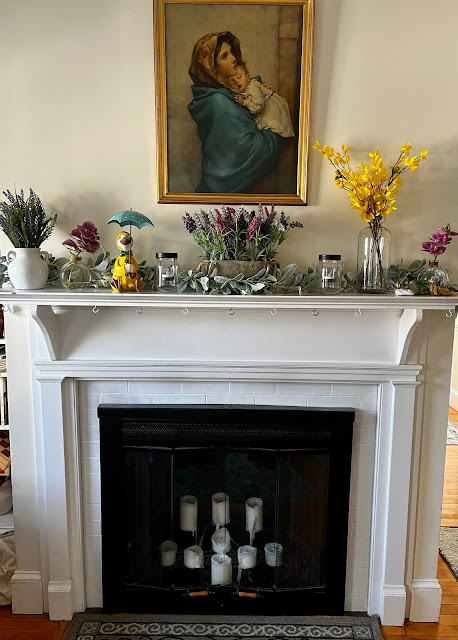 I don't really decorate for Easter because it feels wrong to do so during Lent, and then having Easter decor around after the big day feels wrong too, though I know the church celebrates Easter for 50 days.  So general spring decor it is!  That little duck with the umbrella was a new addition and he makes me smile every time I see him.  After all, April showers bring May flowers.  And May flowers bring Pilgrims.  Xander's not the only funny one in the family ;)
"Thunk" by Colleen