What a weekend!!  Mostly good with one big bad thing, so let's start with that.
All of last week, Phil complained of his right calf being sore.  He thought maybe he pulled a muscle while working out, but couldn't remember an actual occurrence.  He described it as achy and sore and the pain grew each day.  A few days into this, and because Phil never ever complains about anything, I googled his symptoms and told him that I thought he might have a blood clot.  He laughed it off, saying I always go to the worst possible scenario.  It's true, I do. 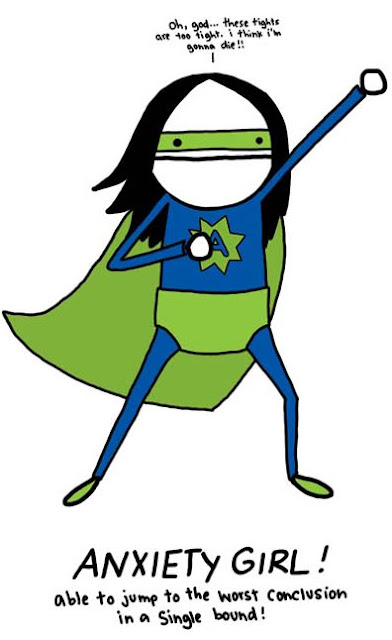 But then I took a photo of his legs to show him that one was definitely swollen: 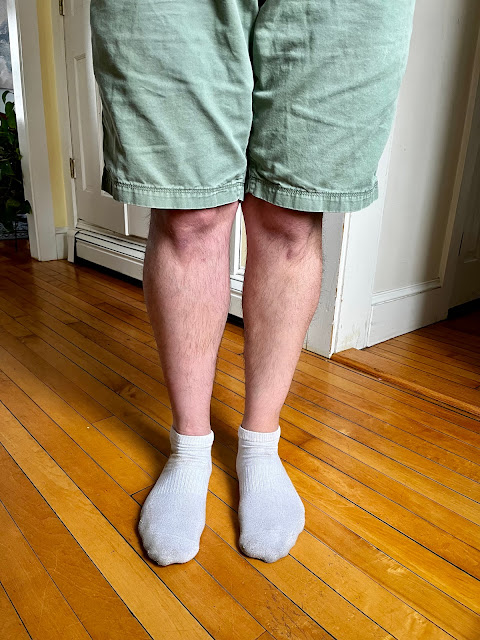 Phil made an appointment on Saturday to go to Urgent Care after much nagging gentle encouragement from me, and because he couldn't put weight on his right leg any more and was limping.  I called my brother who is an ER doctor and told him what was happening, and what I thought it could be.  He said that we should skip urgent care because they don't have ultrasounds, and that's what Phil would need in order to confirm or rule out clots.  I said to my brother, "But wouldn't it be weird if he had a blood clot considering his age and health and that he hasn't flown or had surgery or anything like that?"  My brother replied "Trust me, I've seen a lot weirder things."  So off to the hospital we went.
They had just redone and reopened this hospital and it was beautiful and clean and not busy, thank God. 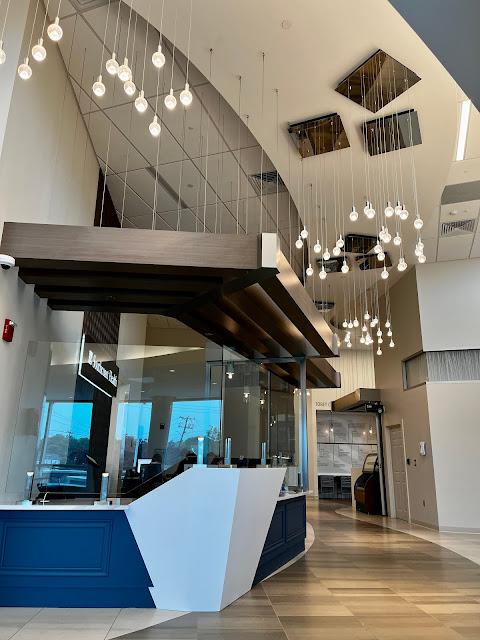 And guess what the ultrasound revealed?
Multiple blood clots.
Yup, three blood clots in his right leg, all below the knee which is good.  They put Phil on Eliquis (a blood thinner) and sent us on our way.  He has a follow up today with his doctor.  Eamon brought him home a treat after work, because while ice cream doesn't cure blood clots, it certainly helps. 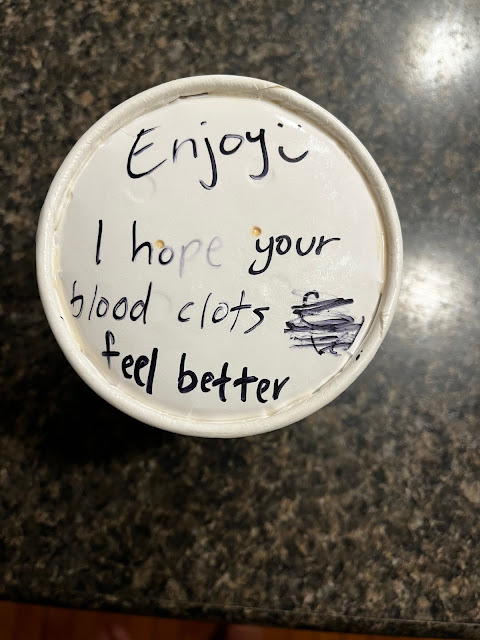 OK now for the good parts of the weekend.
On Sunday my side of the family had a Memorial Day/Graduation party for the three eldest grandkids.

We had Fr. Dave over on Sunday night, and sat on the porch and had a great time.  We watched this video together, which shocked us in a good way because we do need to think through and talk about this.  (warning: some language is crude)
On Monday, our town's Memorial Day parade went right down our street, and we had a few cousins sleep over the night before so it was a full house :) 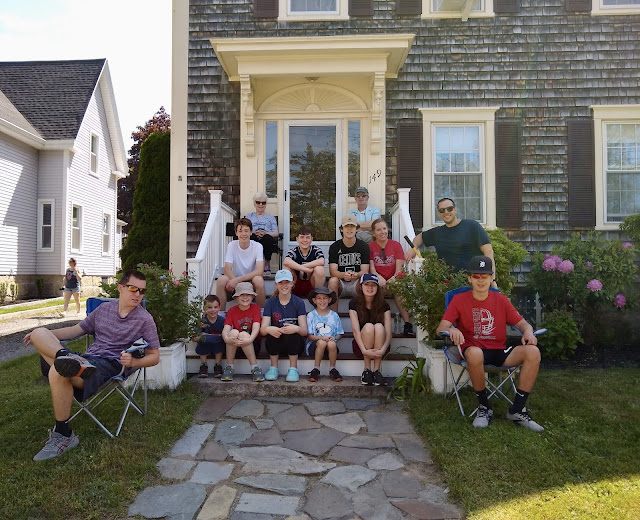 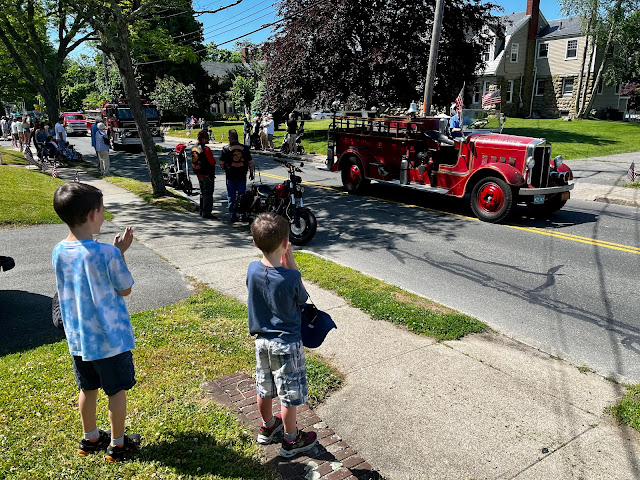 Not much candy, so it was sort of a bust for the little guys, but they clapped their hearts out anyway.
A motorcycle died in front of our house, so the teenage boys helped push it down the street which was hilarious. 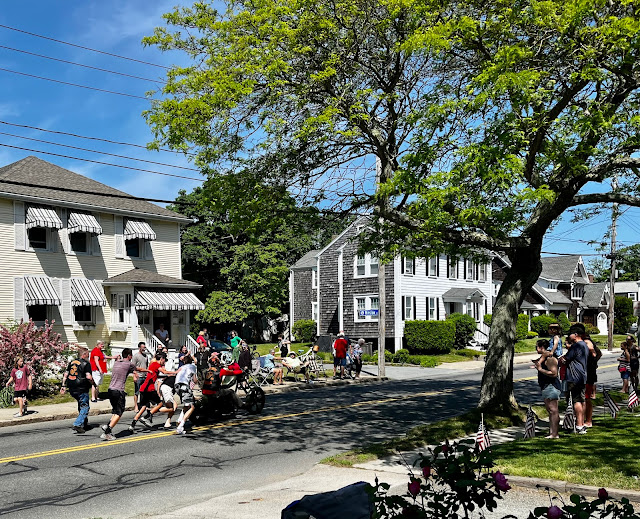 After the parade, I ran some errands with Maggie and Declan and then Phil and I went out to one of my favorite restaurants (outside! beachy vibe! live music!) because it was a gorgeous day and we were happy that he was alive! 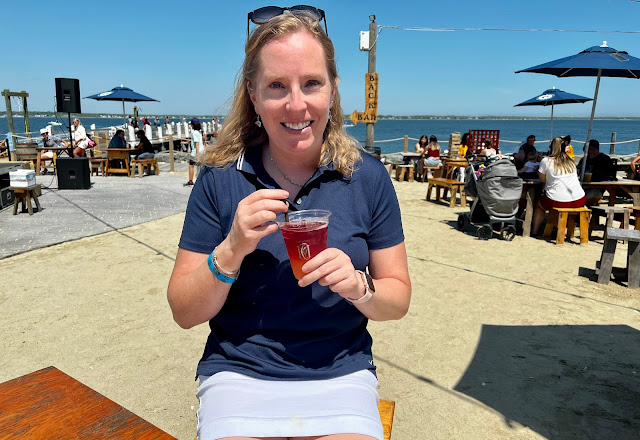 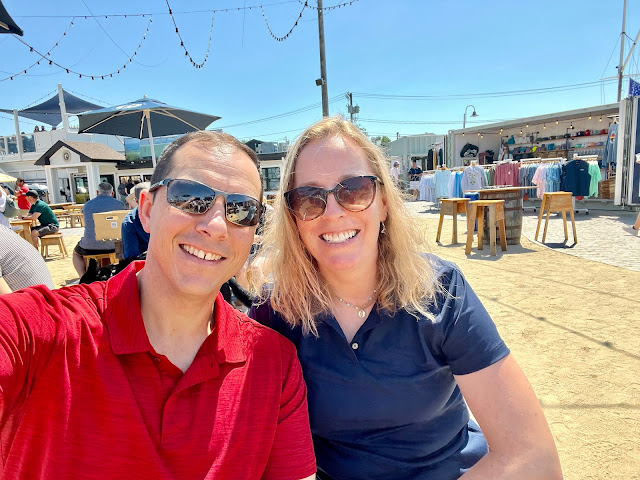 I literally don't think I could survive without this guy, and I hope I never have to find out.  So yeah, I'll continue to google his future symptoms and jump to the worst possible conclusion because that's my love language.
"Thunk" by Colleen