Around the House Lately

We settled on a bifold door for our bedroom closet. 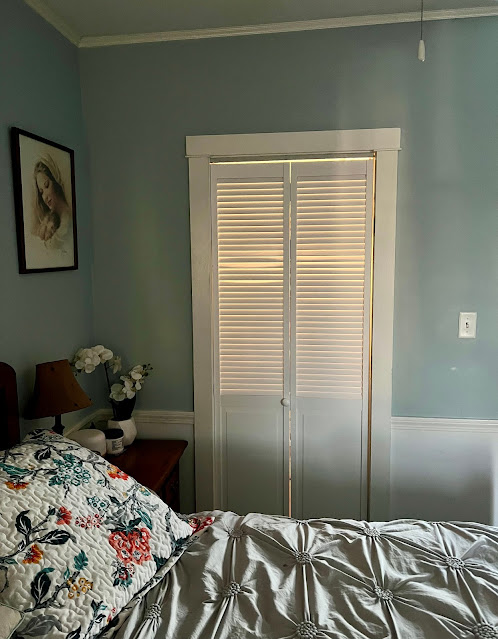 My handy dad installed it for us, and had to cut off a bit of the bottom to get it to open/close on top of the rug.  It's much more user-friendly than the old door which swung open awkwardly due to the closeness of the bed.  We were able to use that old closet door to replace a back door that had a cat hole in it...and we haven't had a cat in five years.

Our very small backyard was a disaster in the grass department.  Blame 18 years of kids running around on it, blame a trampoline that killed the grass below it, blame the parents who do not know how to landscape properly, they're all true.  At the beginning of October, we had the yard dug up and replanted (I don't know landscaping terms) and we're praying grass is growing under the blanket of leaves that lay there now. 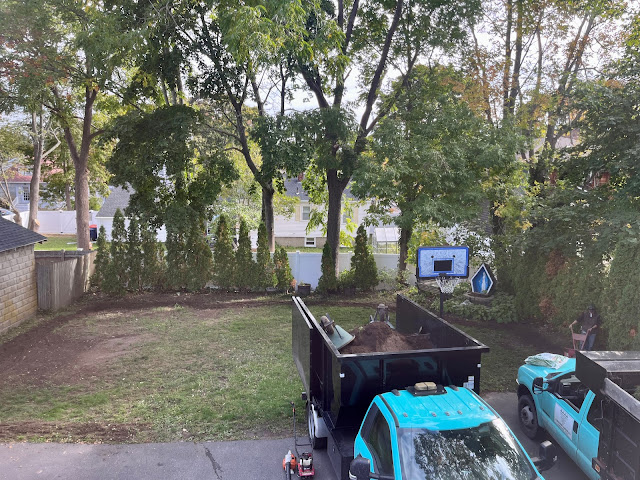 On Veteran's Day, Phil pulled a bunch of junk "someone else's treasure" from our basement and put it on our magical front curb where people love to pick up freebies in any state.  We got rid of a lot of bed frames and baby things and now Murphy's Law states that I will get pregnant and that baby will have nowhere to lay his head.  Or sit to eat.  Or play/jump in.  Kinda like Jenny - congrats!!

Pizza Fridays are a thing in Casa Martin, and usually involve the frozen variety or sometimes a pick up treat if we are especially busy.  But thanks to Veteran's Day being on a Friday this year and all of us being at home, we made pizzas.  The little guys were sooooo excited to make their own pizzas, that I felt kind of guilty that we don't do this nearly enough.  I made pesto, cooked some bacon, microwaved pepperoni (to get the grease out), chopped fresh pineapple and onions, and cooked some chicken tenders and the kids went to town.  I promised I wouldn't use the teenagers' photo, but the littles don't care! 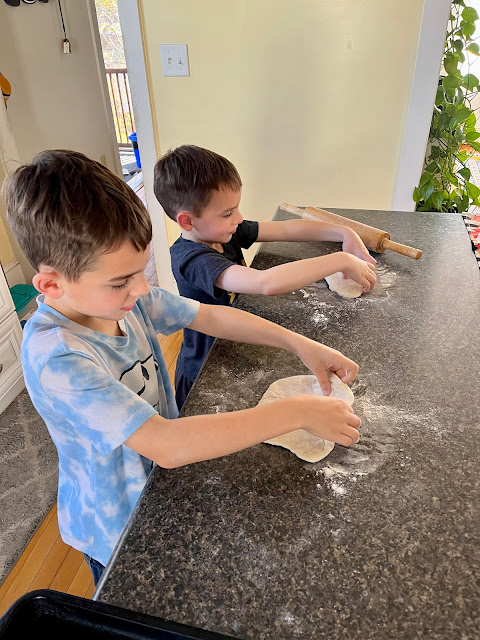 Sunday started out as a rainy day, and after Phil cooked yummy pumpkin pancakes with maple walnut butter (excuuuuse me!) we went upstairs to thoroughly clean and change the little boys bedding.  The three amigos sleep in one room, and it took a long time to put on their flannel sheets (high of 48 degrees today!) and vacuum and clean their room.  I put my foot down on how many stuffies they could have in their bed (only one!) and that led to cleaning the downstairs toy room in order to get rid of all the stuffed animals except for five each.  They actually thought it was fun to pick which stuffed animals to give to kids in need, and I love a good declutter, so win win.  I must have done four loads of wash on Sunday alone, but it was worth it when they all slept in this morning because they were so comfy cozy in their beds. 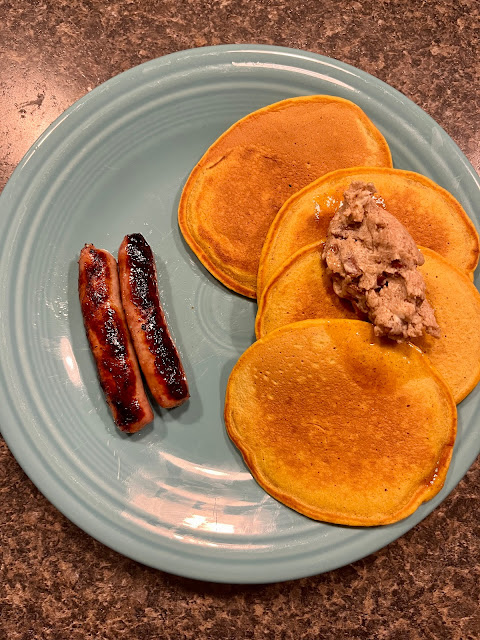 After all the cleaning was done, bowling with cousins was in order.  A fun groupon activity on a rainy day: 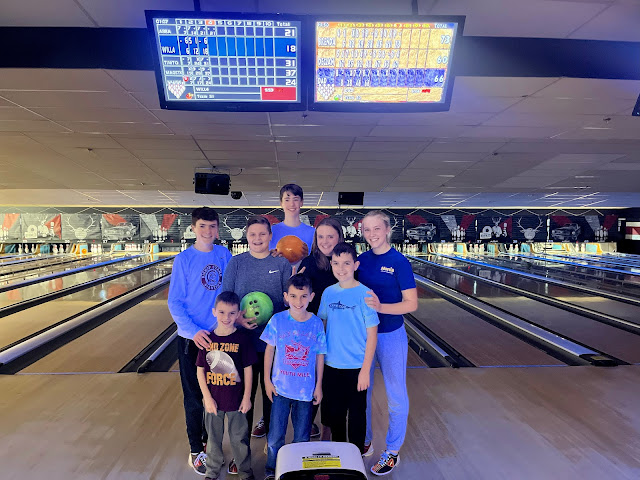 We had been researching pellet stove inserts for our fireplace, but we don't think the cost is worth the potential savings right now.  The kind we wanted wouldn't be in until March, so we basically have another winter to get through before deciding on the next step.  We were also looking at getting a hot tub as a family Christmas gift, but dang those are expensive!  I guess Santa's top elf will be busy shopping for each kid individually this year unless she can come up with a different family gift idea (like another Jenny) and any advice is helpful!
And finally to wrap up the weekend, JP facetimed from Florence, Italy and we had such a nice talk - miss you buddy!  Then Phil and I watched Mrs. Harris Goes to Paris and I loved it (Phil enjoyed it too but I think it's more of a chick flick).  And that was a fully productive and fun weekend!
"Thunk" by Colleen