Thursday Tidbits Before a Long Weekend

Welp, Andrew's soccer career is over.

His team lost in the Sweet Sixteen round in the state tournament last night.  Poor kids, but they had such a wonderful season.  Phil drove the 1 hour 45 minutes to go to Andrew's last game, and I missed it because I had to bring Declan (age 8) to his first basketball game last night.  It was very cute if you're not competitive at all, which I am, so I've already enlisted Declan's older basketball playing siblings to practice with him before the next game.  He's just too nice on the court!

Phil and I took Andrew to vote for the first time on Tuesday night, but when we got there, his name wasn't in the book.  Apparently we checked a box that we shouldn't have when he got his license?  He was bummed not to be able to vote, and the nice Town Clerk was trying to help see if she could fix the problem so I said with a chuckle, "His brother's name is in the book, but he's in Austria right now, so Andrew can just vote for him!"  The Town Clerk said under her breath "I'm going to pretend I didn't hear that" and she smiled slyly at me, and I thought she was implying that Andrew could indeed vote in place of JP as long as she didn't hear about it.  And I was shocked!  But then she continued "That's voter fraud." So I nervously said, "Oh yeah, I was just kidding" because I had been originally just kidding, but her response made me think it could happen and so I was all confused.  Andrew did not commit voter fraud, and we calculated that for the next presidential election, it will be the first time voting for all three of our oldest kids.  JP just missed the last election because he turned 18 the next February, and Eamon will turn 18 right before the next one.  That's wild that we get to vote with three kids in two more years!

Scene from a lunch break walk this week:

I just heard about Franciscan University's Unplugged Scholarship, where students who agree to give up their cell phone receive a $5000/year scholarship.  I think it is a great idea!  Every generation before them attended college without cell phones and made real connections with the people right in front of us.  It is so sad to see the addiction and social isolation and anxiety that phones can cause, and these poor kids don't even know life any other way.  Watch The Social Dilemma with your preteen and teenagers if you haven't yet, it's the reason I got off of Instagram and significantly reduced my anxiety.

That reminds me that Gabb phones and smartwatches are having a huge sale for a free device when you sign up for a two year plan.  We used a Gabb phone for Maggie and we will continue to get them for the rising 13 year olds in our house.  Highly recommend. 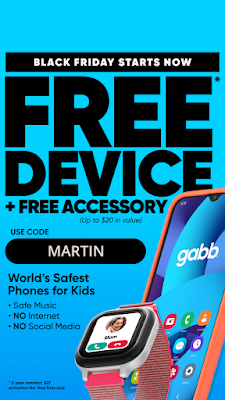 The weather has been so crazy here, in a good way!  It's been in the 60s and 70s and we have not turned on our heat yet!  It's supposed to hit a high in the 40s on Monday, so I think we can wait until November 14th to turn it on which is our latest everrrrrrrr.  We are actually getting quotes for a pellet stove fireplace insert since the gas prices are so high and there is a tax credit for getting one.
I discovered something new on my face this week: 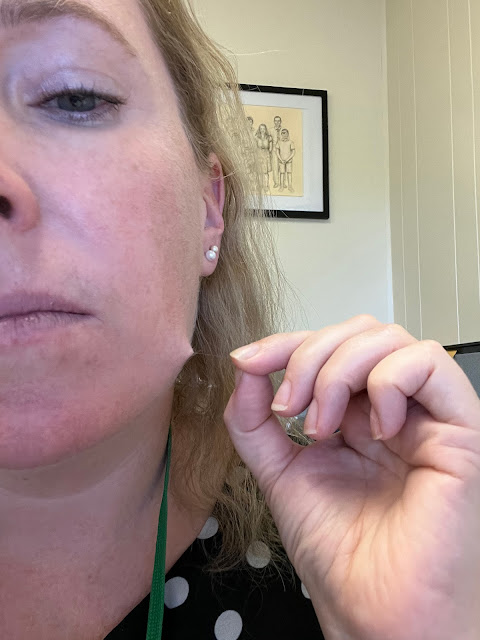 I don't know if long facial hairs are the result of old age or my hair supplements, but I do not like it.  I like having thinning hair on the top of my head even less, so I guess I need to embrace this new state in my life and give thanks that I'm a blondie.
I've ordered what I hope will be my Christmas outfit this year, found as I was shopping for an outfit for Maggie for the Christmas Card photo we will take the minute JP gets home from Austria.  It's a skirt and sweater (and a back up sweater and a backup backup sweater because apple shapes gotta be prepared) and I'll add some black tights and heels or ankle boots, depending on my mood that day.
Speaking of moods, turns out we can all identify as 65 year olds::

Ooooh I just heard that there is a new and final Michael Vey book out.  I know what someone is getting for Christmas...but which someone, I'm not sure since JP, Eamon, Maggie and Xander all love this series.  Notice I did not mention Andrew, the kid who's never read a book willingly but somehow we love him anyway.
Happy Veteran's Day to all who served, and especially to my favorite veteran of both the Irish and American armies, my dad.  To my brother and my brother-in-law who both served in the US Army as well, thank you!

Have a lovely leaf-raking, book-reading, football-watching, cookie-baking long weekend everybody!
"Thunk" by Colleen