State of the Martins: Fall 2022 Version

Phil and I have been white-knuckling our way through this fall, believing that the winter would bring with it more peace and less hectic schedules.  But alas, here we are and things are decidedly still busy.  And then I remember we are a family of nine, so it's to be expected. Let's break it down per Martin, shall we?

John-Paul (age 19) is still studying abroad in Gaming, Austria and travelling all over Europe on his long weekends.  He is currently on a school-wide ten day trip to Rome and Assisi and has previously spent weekends with friends in:

Athens + Santorini, Greece (for a week)

...with a layover in Switzerland when they also walked into France and bought some baguettes, as one does: 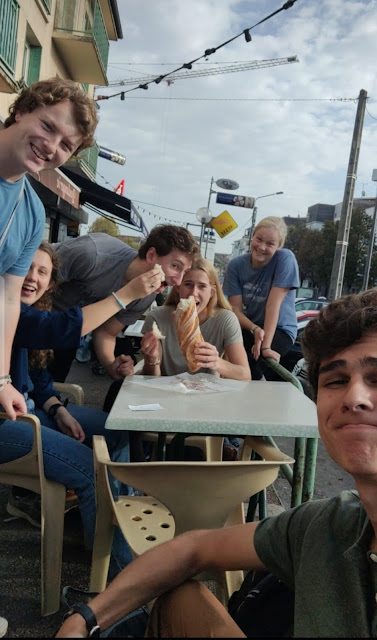 In one day he was in Austria, Switzerland, France and Ireland.  Crazy!

After Rome and Assisi, I believe he only has one weekend of travel left (I think he's planning on Paris, France) and then finals and then back home to America.  He has learned so much about LIFE while studying over there, and has become a seasoned traveler who can book a flight and a hostel and find his way through foreign countries where he can't speak the language.  He's made so many new friends and will have these memories for a lifetime.  It's been utterly amazing to watch from afar.  I have no idea how his grades are this semester, but he's earning A's in adulting for sure.

Andrew's (age 18) soccer team has had two playoff games already and WON both!  So his season is still in full gear, and he is playing incredibly this year.  It makes me wonder if he should have been scouted for colleges, but he wants to just play for fun in college on intramural and club teams.  He's been nursing an injured groin for a couple weeks, which means sitting out of practices but giving his all in games and hurting it again. 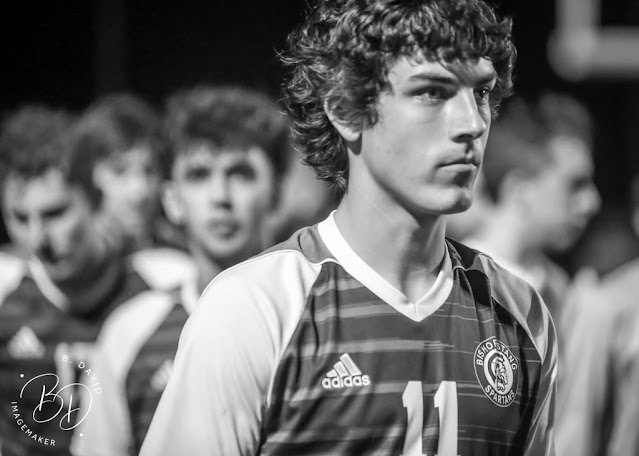 He has decided to tryout for the basketball team again this year, after thinking he might not play his senior year at all.  He knows he won't get much playing time on Varsity if he makes the team (he was on the Freshman team as a 9th grader and then JV as a Sophomore and Junior) but he just loves being active and playing with his friends.  He has applied to four colleges so far, and has just a few more to go.  He seems to be leaning towards a Biology major (and Physical Therapy) but I don't know how he'll handle the labs in college (since he gets a bit queasy with dissections and blood) so we shall see.  If he had any interest in the trades, we would highly encourage him to go that route but he does not. 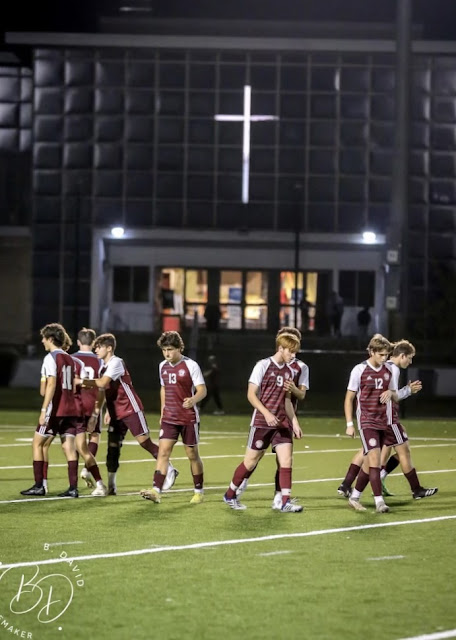 Eamon (age 16) has been bugging us to take him out driving for practice, well truthfully he has been bugging Phil because I retired from teaching kids how to drive after one ride with JP.  Turns out I'm a screamer and invisible brake pumper.  Eamon is also still wrapped up in the soccer season, as he practices and suits up with Varsity and gets to play if they are winning by a lot ;)

He is also going to tryout for basketball again (he played on the Freshman team last year) and has started shooting around in the driveway when he has a free moment.  That kid has an incredible work ethic in school and sports and is finally taller than me!  Yay!

Maggie (age almost 15) has wrapped up her first high school volleyball season with a bang.  She practiced with both JV and Varsity (3 hours of practice a day!) and played games on both teams as well.  She is signed up for a volleyball league that plays from November - April so she is excited to keep developing her skills.  Of course, she is also trying out for the basketball team so she will be juggling two sports at the same time. 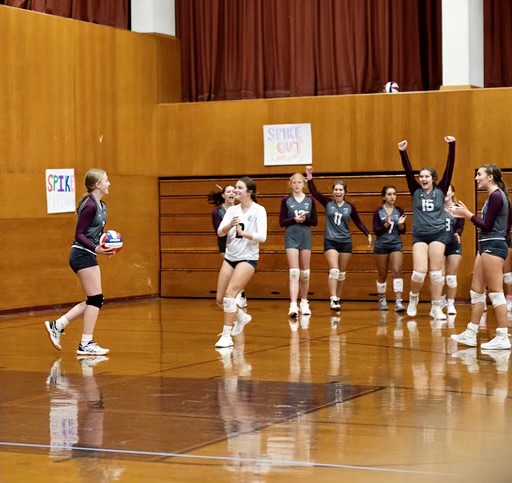 Maggie will be making her Confirmation in the spring, so she goes to religious ed class twice a month at our church and babysits for our neighbor's daughter whenever they need her.  We miss having her around the house, as she (and Eamon) are both super helpful and willing, but alas that is the life of a high schooler.

Alexander (age 11) is still taking his weekly piano lesson and has begun teaching his littlest brother how to play for free, though he certainly feels he should be getting paid.  He wrapped us a session of competitive swim at the Y and he is leaning towards making swimming or running his sport of choice in high school.  It seems crazy to think that he is already in middle school and will be in high school in less than three years.  Our high school makes students play two seasons of sports or take an afterschool conditioning class in place of a gym class.  Xander is impatiently waiting for his last few baby teeth to grow in so that he can get braces on.  Poor kid needs them as badly as I did, but my orthodontist put them on me when I was eight years old and only had 8 adult teeth and Xander's orthodontist wants to wait until all of his adult teeth are in before putting on the braces. 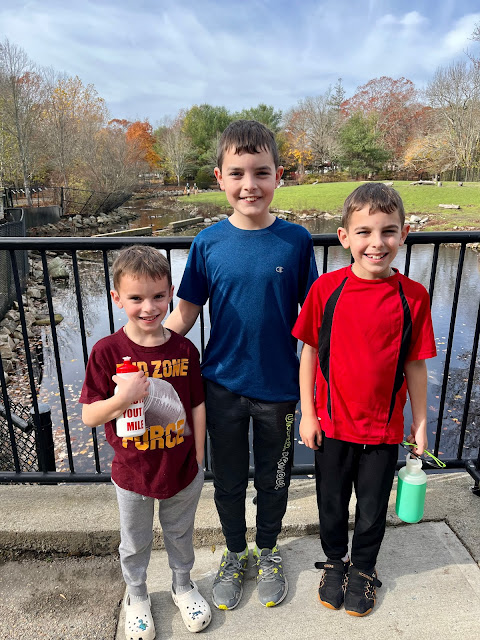 Declan (age 8) is continuing to take weekly violin lessons, where a teacher who works with Phil comes to our house and it's just perfect.  He has picked it up pretty fast, though he gets frustrated easily and doesn't practice nearly as much as he should be.  I try to help him with my rusty violin skills when I can.  Declan had his last soccer game this past weekend (two goals!) and his first basketball game is this week, so no break between sports for him which is exactly how he wants it.  He is a great little soccer player and I'm interested to see how he does in basketball as he only had an instructional clinic last year with no games.  I think he will be timid on the court just as he is on the altar when he serves.  It's painfully adorable but he is always happy to serve or play or try something new even when I can tell he is nervous, so that's a good personality trait :)  Declan is one of the most grateful children ever, and will tell me thank you over and over for special treats, like picking him out a dolphin movie from the library.  Dolphins are his favorite animal, you know. 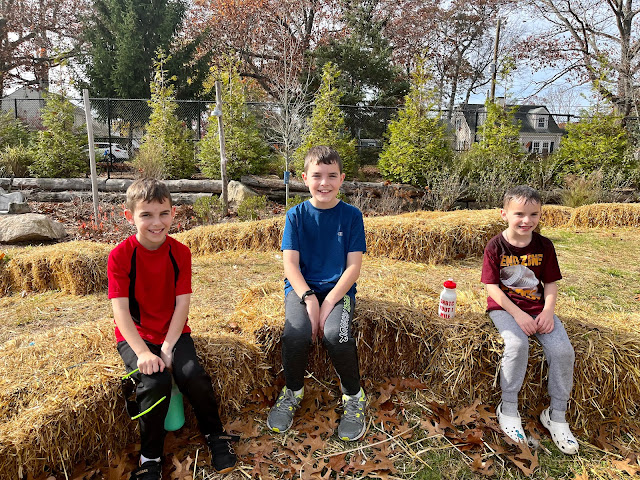 Brendan (age 6) is one of the most confident and pleasant persons I have ever met.  Is it a baby of the family thing?  He had a cold/cough this past week and took a few days off from school and I just loved spending time with him, he's so easy!  He loves to draw and play outside, help around the house and watch Bluey.  Brendan also had his last soccer game this weekend and his instructional basketball league starts next Saturday.  He loves going to the zoo, so I brought them yesterday and it felt like summer with the 72 degree sunny day!  He was so thankful to go and he loved reading all of the animal exhibit descriptions and reciting the facts for us "Did you know that this lizard can actually run on the surface of the water?"  His best friend from Kindergarten changed schools this year but he sent Brendan a letter that said "I love you" and it made Brendan so happy.  He misses that friend very much but has already replaced him with a new best friend as fickle 6 year olds will do.

As for Phil and I, well we are stress-eating our way through life, asking ourselves why our pants keep shrinking, and yet enjoying the busyness at the same time.  We often wonder what on earth we would be doing if the kids schedules didn't plan our days.  I think we would be very bored.  We enjoy being active and having things to do and encouraging our kids and watching them blossom.  We also like quiet nights at home, don't get me wrong, but this is a fun season of life and one that I know for sure we will look back and miss.  It's all normal problems, with logistics and too few drivers and too many meetings or practices and we are extremely thankful we are not facing any terrible, horrible, no good, very bad problems, you know? 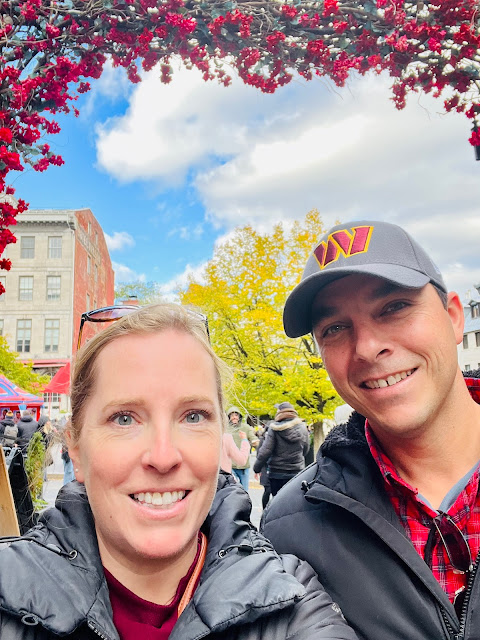 Life is good.
"Thunk" by Colleen