We have two children that seem to identify as slobs.  I love them but man, they are constantly leaving their stuff all over the place and losing everything.  Both of these kids are also very smart and get caught up in books for hours while tuning out the real world and I think those types tend to be more careless with physical objects.

Anyway, I wasn't going to name names but one of them just got home from an extended  European vacation his fall semester in Austria and was able to misplace the following items along his travels: 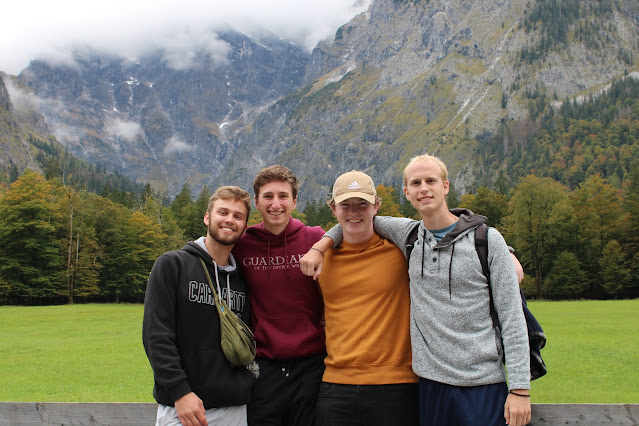 Not so bad, it's easily replaceable with similar variations.
But then while heroically running through the Florence airport in seven minutes (they were about to miss a flight) while holding up his pants because he didn't have time to put the belt on after going through security (!) they got on the plane and he realized he didn't have his apple watch anymore.  Seen on his wrist here, in a different airport: 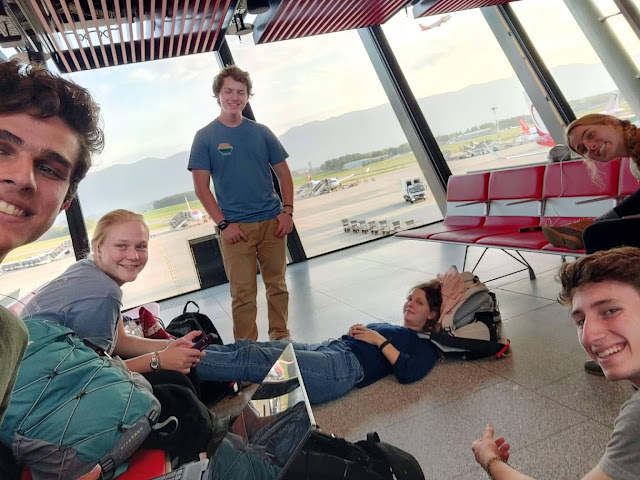 An apple watch is too expensive to just replace.
And then, when he was so close to home at the airport in Washington DC, he lost (or maybe had stolen though I doubt it) his wallet.  Luckily he had his passport, credit card and debit card in his pocket but he lost cash, gift cards, his license and his social security card.
He spent his first day home getting replacements for his license and SS card, but unfortunately you can't replace cash of gift cards.
I always told him if his head wasn't connected to his body by his neck, he would have lost that too.
Good thing he's cute.
"Thunk" by Colleen