Life has been so busy - but I'm not complaining - just trying to play catch up which is why these 7 Quick Takes are a wee bit late.
1)
After returning from bringing JP to college, I started my new job!  I actually had to start a day late because we had to delay our return trip home due to Hurricane Henri.  How embarrassing to ask for a day off on your first day.  Luckily my new boss is awesome and understanding and had just dropped his oldest off at college far away as well.
I used to work (for ten years) as the Business Manager at a Catholic high school and now I work as the District Accountant for public schools in a nearby town.  It's very different except for the accounting part :)
I walk on my lunch break either to the beautiful town on the water, or around the huge cemetery next door.  I miss walking with Phil at lunch, and will be listening to a lot of audiobooks now - send me any good recs. 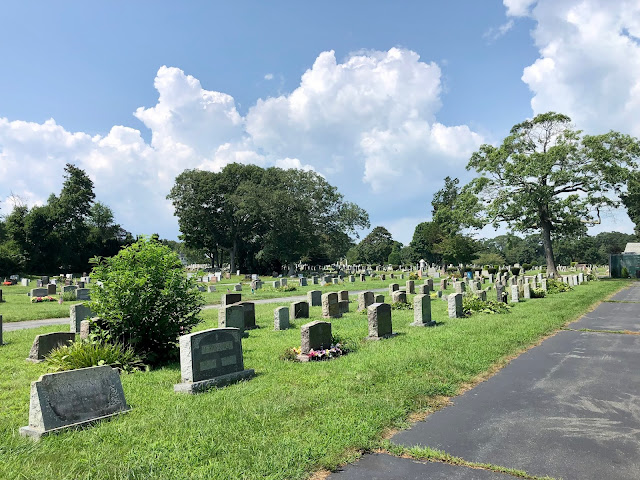 The kids were very sweet and made me cards, Phil got me flowers, and Andrew brought me home some ice cream to celebrate the big transition. 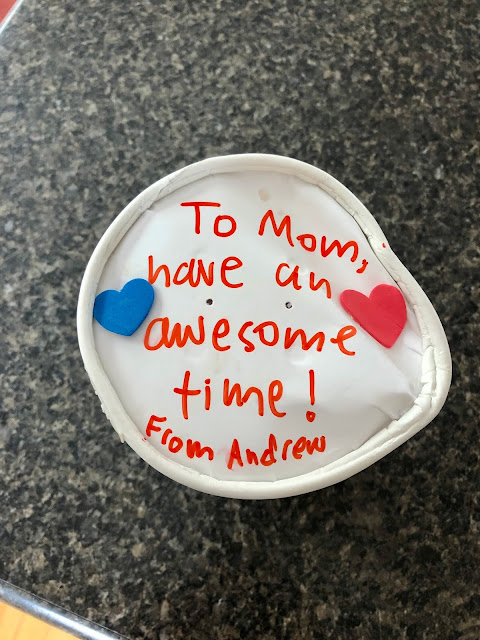 2)
One evening, while Maggie and I were driving home from a boot camp class, we saw tons of black smoke going over the bridge by our house.  A yacht had caught fire!! 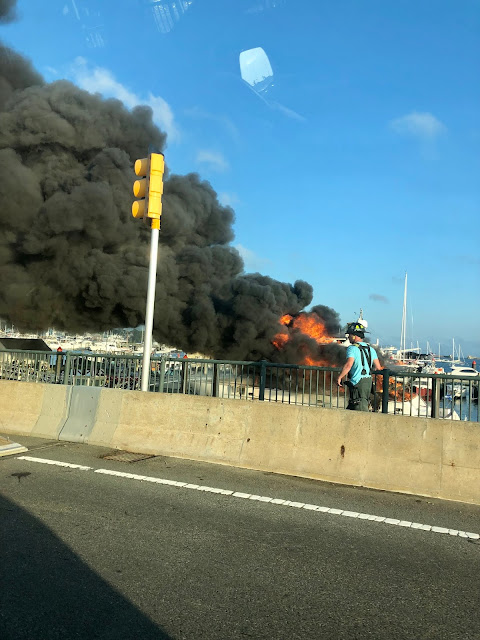 The next day, we could see the charred remnants.  (Photos aren't the best as Maggie was trying to take them as I was driving).  Very eerie and I've never seen a boat on fire after having lived by the ocean for all my life! 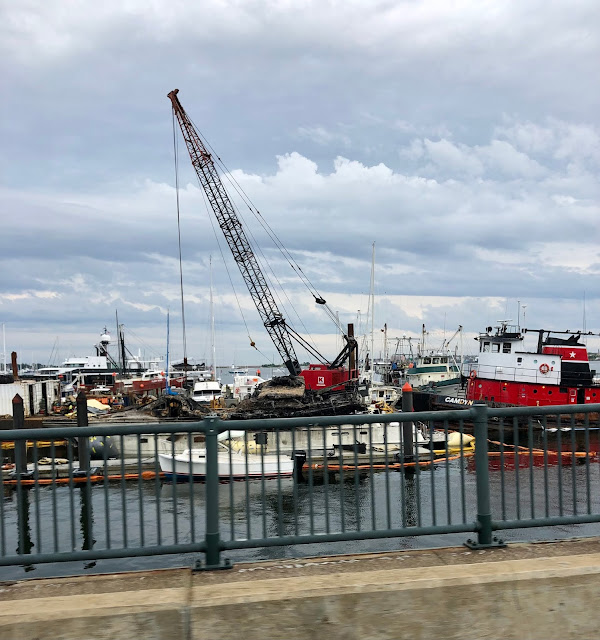 It just goes to prove my theory that having a boat is not worth it, but having friends with a boat certainly is.
3)
How about some school pics?  The first is a side-by-side comparison of JP with the statue of Saint JP at Franciscan.  On the left, he was in 8th grade and visiting with his cousin.  That's when he decided Franciscan would most likely be the place for him.  Now he's there and soooo happy!  I think visiting a college when you're young and impressionable and not jaded is the way to go. 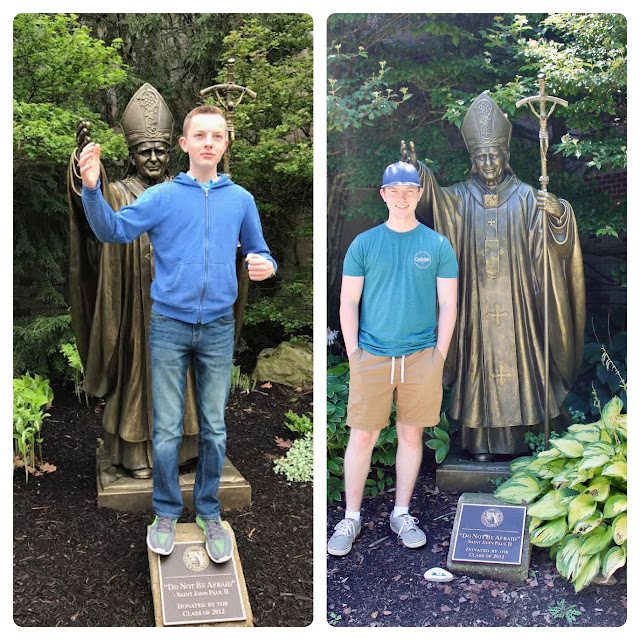 Brendan is in Kindergarten and his preschool teacher is still the best and sends me photos of him when she can.  No first day tears for this big guy! 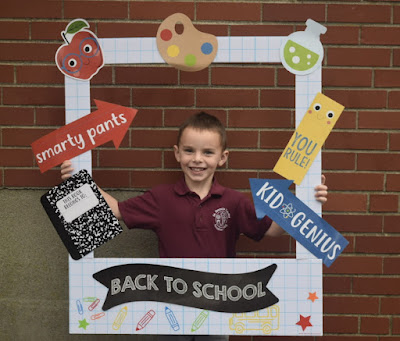 Declan's teacher had the class divide into teams to try and build the tallest paper towel tower.  His group came in second :)  It was a fun way to unpack all the school supplies the kids bring in (God bless Catholic schools). 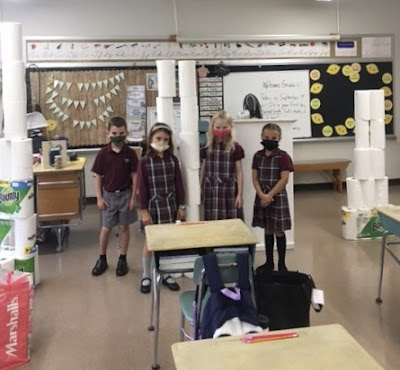 4)
Phil and I went to a wedding reception this past weekend...from a wedding that happened over a year ago!  The bride and groom already have 5 month old twins now, but it was soooo fun to celebrate no matter how long it took.  I stayed consistent and wore the same dress as I had to the wedding, though it must have shrank in my closet somehow ;) 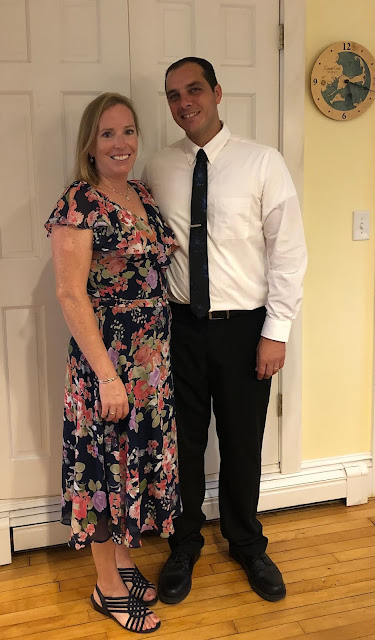 5)
We took kids to a trampoline park with a good groupon deal, and got there right as it opened and had the place to ourselves for awhile.  Xander joyfully exclaimed "Is there anything better than having a trampoline park all to yourself??" 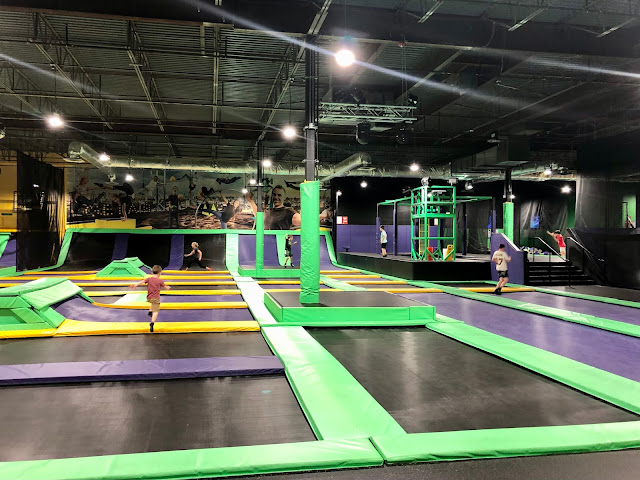 6)
Declan has been obsessed with riding his bike lately (after a failed attempt at teaching Brendan how to ride a bike) and I looked out my kitchen window to see this sight: 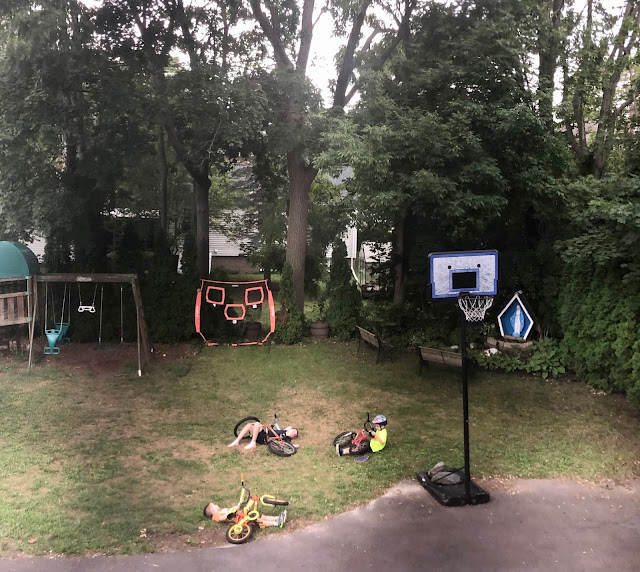 Apparently they were trying to scare me into thinking they were all injured.  It worked for a second before I remembered Xander was in charge out there.  Jokester extraordinaire.
7)
Phil and I went to lunch at a vineyard one day... 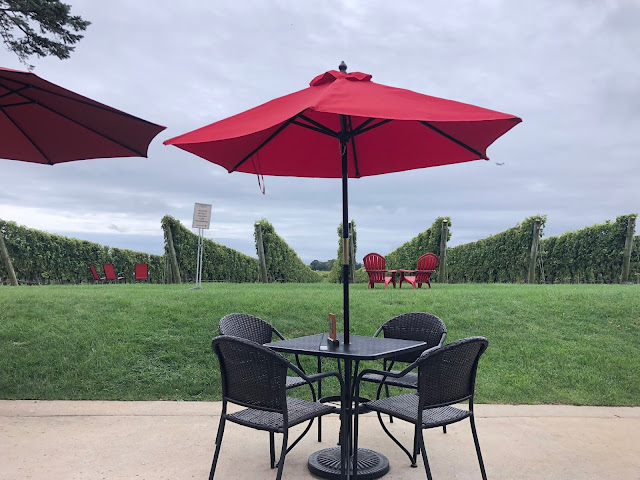 And took the kids to play with their cousins and eat pizza another day.  Oh these late summer days are fun! 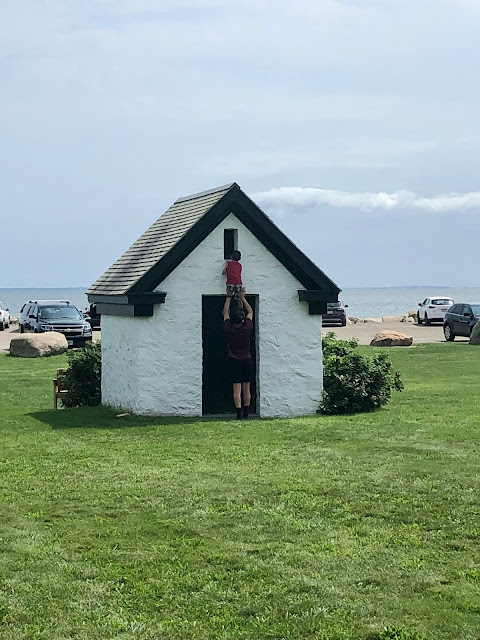 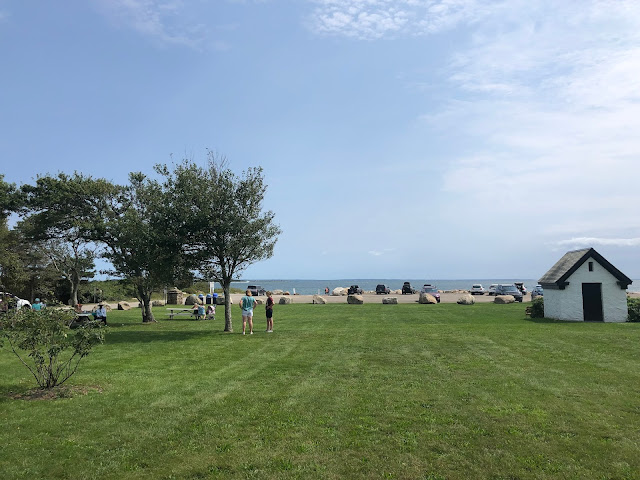 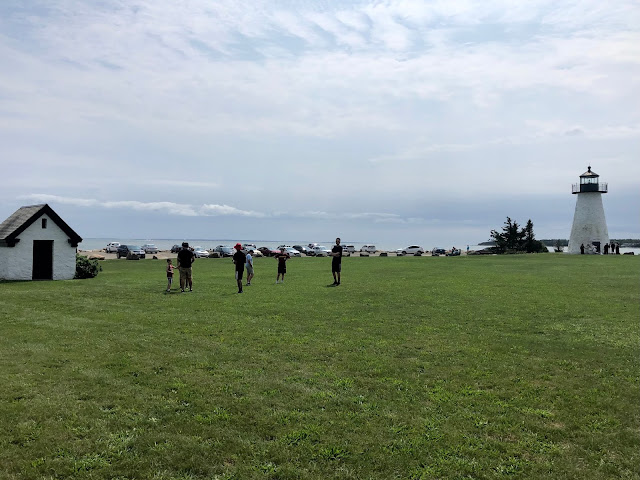 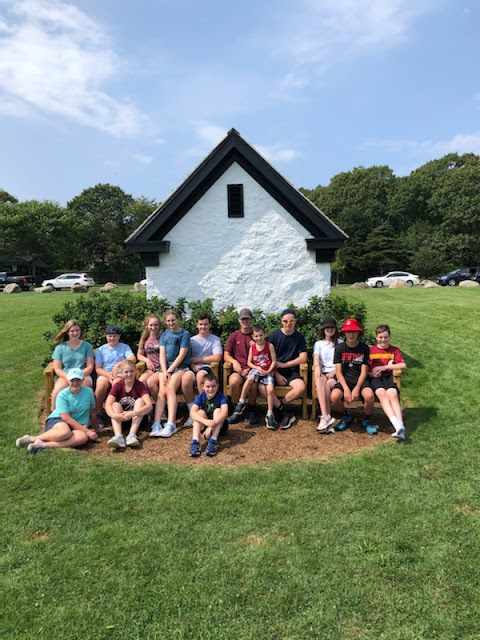 All right, I think I pulled off the summer photos from my phone and at least some of the memories from my brain.  I'm ready for fall!!
"Thunk" by Colleen