Happy Friday once again!  When will I ever find time to write more meaningful substance?  I don't know but for now, it's a look back at the week in Seven Quick Takes.

For the longest time, I have wanted a Mother's Ring but also wanted to be sure that I wasn't going to buy one only to realize later that I needed to add a new stone.

Side note: Did I ever tell you about the time I bought a cheap ring with the kids names on it when I was pregnant with Brendan?  We knew he was a boy and were planning on naming him Charlie so I have a ring with all of my kids' names on it but the last one is wrong.  I mean, the ring was only $40 but I totally jumped the gun on that one.  Sorry Brendan!  You don't even look like a Charlie!

Anyway, now that I'm 42 and a half and couldn't wait any longer, I designed this ring online and I am so happy with it!  I originally had the ring with each of my kid's birthstones in it, but each of my kids has a different birthstone (seven kids born in seven different months) and it looked a bit too colorful and discombobulated for me.  Then I thought to myself "Self...what if you had blue sapphires for the boys and a pink sapphire for the girl and it would look all symmetrical and not so clownish?"  Voila!  The finished product: 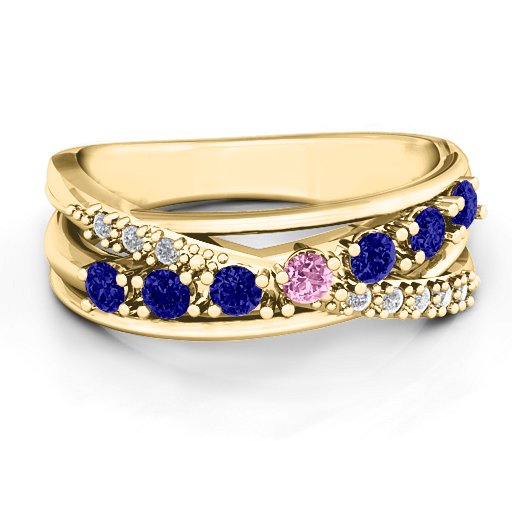 2)
Soccer is well underway.  Five kids, five different teams (I should have had twins!) and they are all so adorable...well the big guys are handsome but you'll just have to trust me since they won't let me take their picture easily, I'll have to bring my big camera to their games to get some.
3)
A work perk: 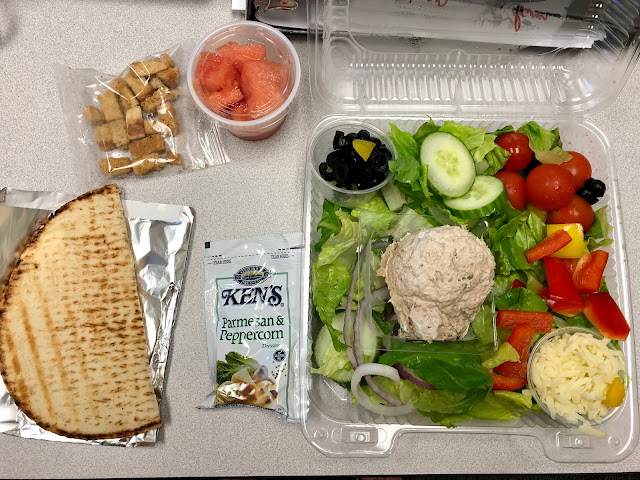 I get to order lunch from the public school's cafeteria and have it delivered by courier to my desk!  The salads are so big and delicious!
4)
Phil and I try to make it a point to take each kid out on a date when possible...and the pandemic certainly slowed that down for us, but we are getting back to it!  Xander really wanted to go to a restaurant and eat chicken wings on the bone, so we took him out for lunch last Sunday.  The boy ate ten wings because he's 10 :) 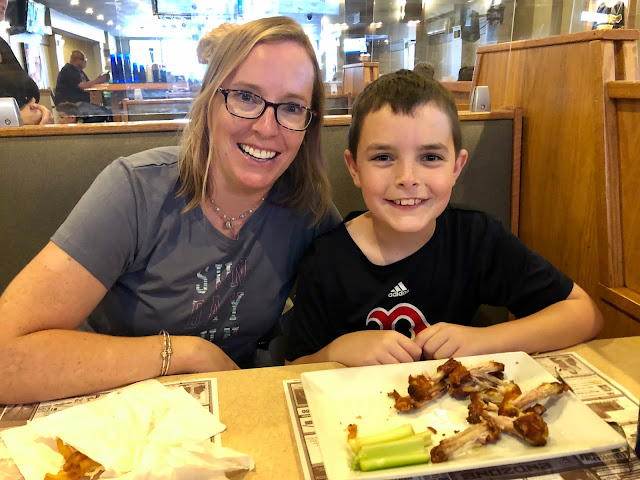 Since leaving my last job meant the end to my 403b retirement plan, I have been researching investments to rollover the funds and projecting how much I'll need for retirement and creating budgets to make all of this happen.  I get a pension with my new job, which is one of the reasons I took it, and it's fun trying to figure out all of the monetary changes for this numbers geek.  Well, the mint app makes it fun even for non-number people.  I can open it up and see how much I have in my checking and saving accounts and how much I owe in my mortgage and how much my investments made or lost all in one place!  Highly recommend, and it's free!  And as I like to say "If it's free, it's for me!"
6)
Phil took the kids to get ice cream at a little farm we never knew existed, and wouldn't you know it, since then I have driven by it multiple times to watch my high school boys play soccer at a field they are using while their high school grass field is becoming a turf field. 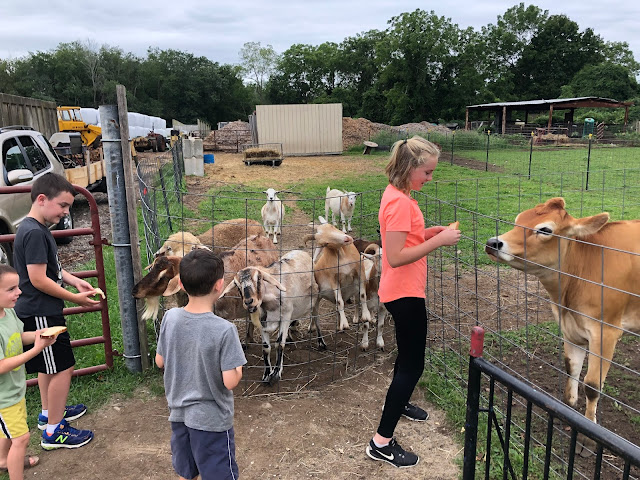 7)
I watched a very good documentary called Lula Rich on Amazon Prime. It's about the rise and fall of LuLaRoe, the multi level marketing company that sells (sold?  are they still selling?) leggings and dresses and cardigans to mostly SAHMs.  I can't stand businesses like these, pyramid schemes that target moms mostly, who are trying to make money and end up getting sucked into debt.  The only ones who can actually make money are the ones who happen to get in at the beginning of a successful run.  By the time the average person learns about the company, the market is oversaturated with sellers and there's no money to be made.  It's so sad.  But it does make for a great documentary to binge!
I hope you all have a wonderful soccer watching, ring designing, money planning type of weekend!
"Thunk" by Colleen