While we were on vacation, Phil and I started watching a new show called Murderville (on Netflix).  Have you heard of it? 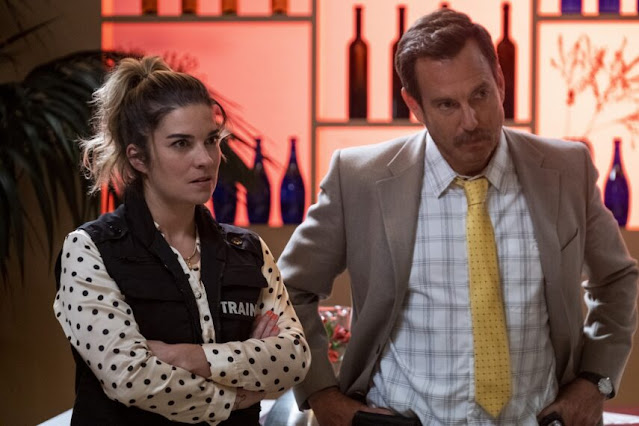 It stars Will Arnett, whom we loved in Arrested Development, and is a comedy/mystery/improv show.  Each episode stars a different celebrity (like Annie Murphy! Ew David!) who plays the detective trainee to Will Arnett as the detective.  The cast of the show knows what's going on, but the celebrity does not.  They have to improvise their way through the show and also solve the crime at the end.  It's hysterical.  Some celebrities can not hold a straight face at all. Phil and I were watching it on a phone, sharing airpods, in a hotel room with sleeping little kids trying to stifle our laughs so as not to wake them, which may have escalated the comedy for us.  Now we want to go watch the original British version called Murder in Successville if we can figure out how to stream it.

We have also been watching this lovely PBS show, All Creatures Great and Small. 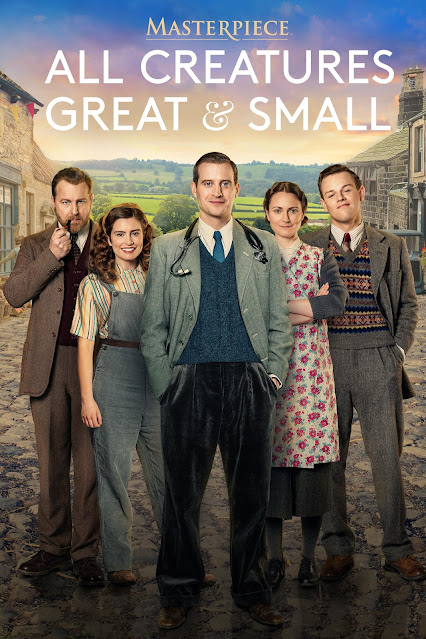 It's based on the true stories of veterinarian Alf Wight, who wrote the books of the same name.  It's has beautiful landscapes, wonderful characters, and makes me wonder if there's anything James Herriot can't do.  Of course the love stories are right up my alley, as are the costumes and manners of the time, with the accents like a cherry on top.  Apparently the only/best/easiest way to figure out what was wrong with farm animals back then was putting one's arm where it doesn't belong, which makes me a bit squeamish every time.  I just feel for the poor cows!  Other than that, it's a delightfully clean story.  Maggie (14) has been watching along too, and now wants to read the series.

Guys, I've been finding clothes on Amazon lately, and if I don't like them, I just return them at Kohl's and get a coupon to shop there so it's practically no bother.  I tend to order a few things at a time, in multiple sizes, knowing I'll have to return something.  Truly, I detest trying clothes on in a store, so I typically shop and return this way when I shop for myself.  My husband and kids are all pretty easily sized and not too picky, thank goodness.  Anyway, here are my top three finds lately (click on the image to shop if you want...or not...I'm not the boss of you!)  And they all come in LOTS of colors!!

~ Reading ~
I am actually listening to this trilogy, not reading it, but details shmetails.  Kristin Lavransdatter by Sigrid Undset is about the life of a young maiden set in Norway in Medieval times.  Her name is Kristin, and she's the daughter of Lavrans (hence the title).  It is slow to start, but then full of characters with surprising stories, and themes of love, sin, and forgiveness.  The heroine is annoying at times, but so very relatable in her struggles, and I keep finding myself needing to hear more.   There is no perfect character in the saga, everybody has flaws and temptations and achievements and longings.  It's a great read into human nature and how much it does not change through the years or across countries.  No wonder this historical trilogy received a Nobel Prize.

~ Eating ~
Too much eating actually, but it's still the Easter season!  Ha!  A new recipe we tried that is full of veggies and protein, and low carb is Cauliflower Fried Rice.  We either eat it as is (meatless with cashews) or add whatever leftover meat we have in the fridge (leftover beef bulgogi was delish) and it's a one bowl healthy meal. 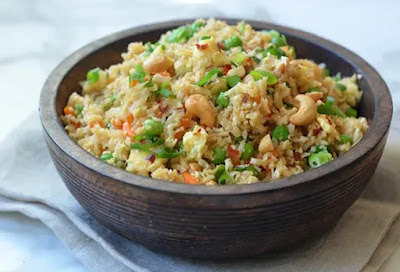 Happy Friday y'all!!
"Thunk" by Colleen