Feeling Crazy Busy? It's Not You, It's May

Mother's Day was perfect!  I've discovered through the years that the secret to enjoying a good Mother's Day or birthday or anniversary is to lower your expectations.  Ha!  One of my sisters and I hosted a breakfast for my mom, then I went shopping and out to lunch with Phil, and then we took the kids out for ice cream instead of feeding them dinner. 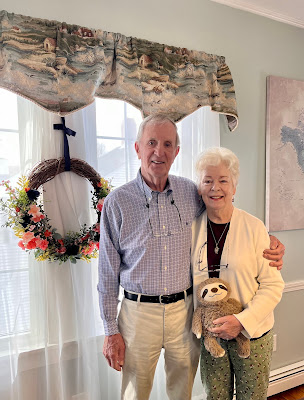 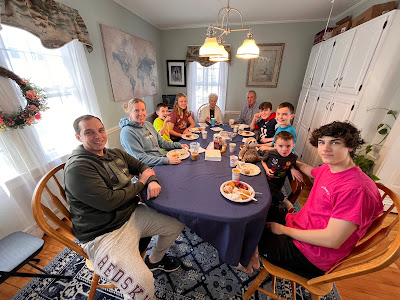 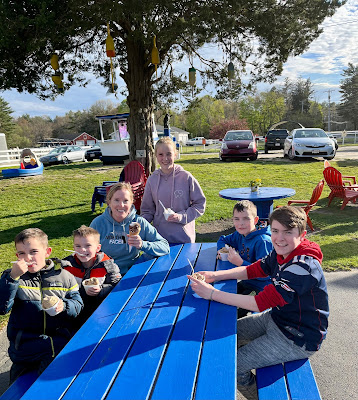 I received the cutest cards and school projects from the little guys, a promise for a breakfast date from the college boy, a clean car from the girl, and a gift certificate to an ice cream shop from another.  It was a cold and windy day so we decided to postpone a family bike ride to another weekend.  Phil bought me a Farmhouse Candle Warmer which is so cute and was very unexpected.  The best kind of gift!  My dad brought a newspaper with some facts about moms, and these were noteworthy: 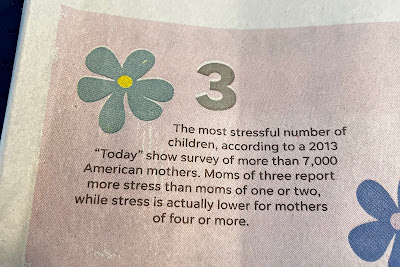 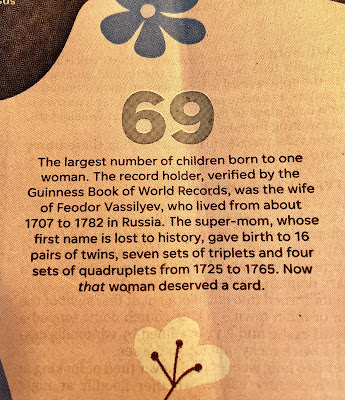 They Forgot Her Name?!?!  She had no single babies, only multiples....can you imagine?

Last night, Andrew (17) received a Diocesan youth award for service to our parish.  From our church bulletin: 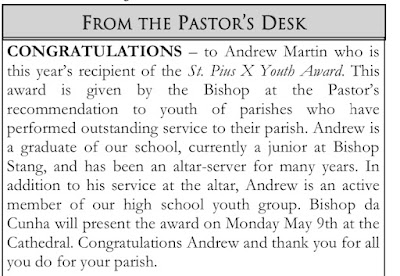 Andrew received his First Holy Communion in first grade, as our pastor wanted him to become an altar server as soon as we switched to this parish so that he could train JP and Andrew together.  In our parish, altar servers attend a bootcamp the summer after they receive First Communion.  So Andrew's claim to fame is that he has been an altar server for a year longer than anybody else ever could be.  He has now been serving almost every weekend for 10 years!

He also was the Junior Retreat leader at his high school this year, and he ran and gave a talk at a guy's retreat as well.  We're so proud and thankful for his service to our church, and honestly a bit surprised at his maturity and willingness to step up and showcase his faith.

We are buying a new-to-us old car.  Now we will have four cars, which seems crazy that we're at this point already.  We have four licensed drivers and then Eamon will take Driver's Ed this summer, and Maggie is only one year behind him.  #dontblink  When we had to fix the stolen catalytic converter situation, Phil mentioned to the mechanic that we were in the market for another car and he gave him the number of an older woman who was trying to sell hers.  Phil got in touch with her, and went to see the car, and the lady invited him in the house and before you know it he was meeting her dogs and she was looking at photos of our kids on Phil's phone.  She attends the church where Maggie's godfather is the pastor and took a liking to our family.  She set a fair price for the car and we agreed, but then she called Phil back and said "I want you to subtract $50 per kid from the price and then take that money and do something nice with your kids!"  Isn't that sweet?  So soon a 2011 Kia Sportage will be ours! What shall we call her?  Gia?  Gia the Kia?  (Note: Gianna was going to be Xander's name if he was a she, with the nickname Gia.) 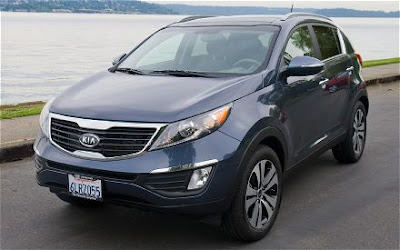 Then we ran some errands and went out to lunch where he ordered chicken tenders and coffee milk. 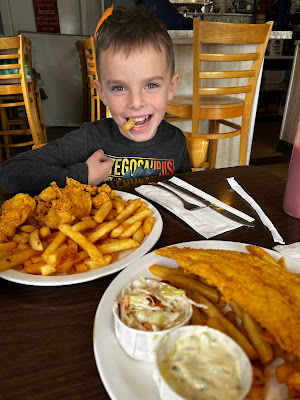 He is such a fun and easy little guy to hang with, and I love spending individual time with each kid like this.
We have JP (19) flying home on Thursday night, and wow does a year of college go by fast!  On Saturday, Declan (8) will be having surgery to remove his adenoids, and then next week Phil and I will celebrate 20 years of marriage.  May is always so busy!
"Thunk" by Colleen