After work on Friday, I picked up Alexander from Campus Ministry Club at his school, where he had competed in pumpkin destroying events (what did the pumpkin ever do to you?) 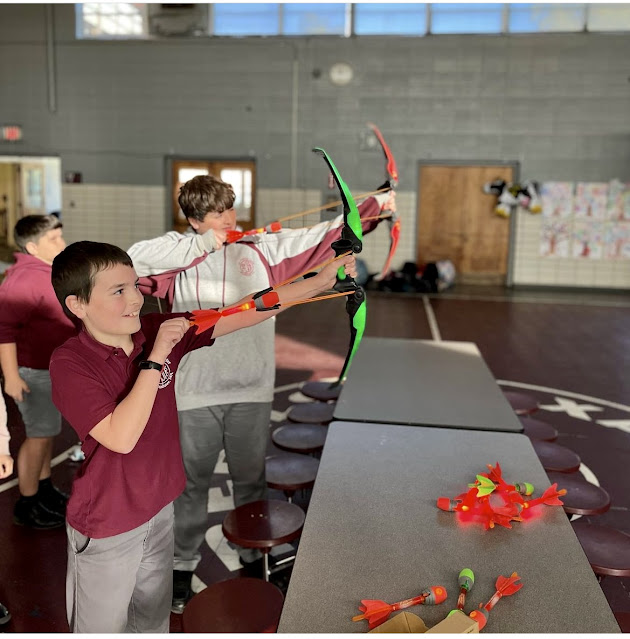 Then we drove home and walked over to Maggie's volleyball games as she was playing at the public high school around the corner from our house.  Varsity lost but JV won!  We had to leave her game a little early in order to drive to our high school to walk Andrew out for a fall Senior athletes recognition before the big Homecoming football game.  The three teens stayed for the game and got home after I was fast asleep.  Phil helped out at our elementary school's Harvest Fest by running the cornhole tournament that night. 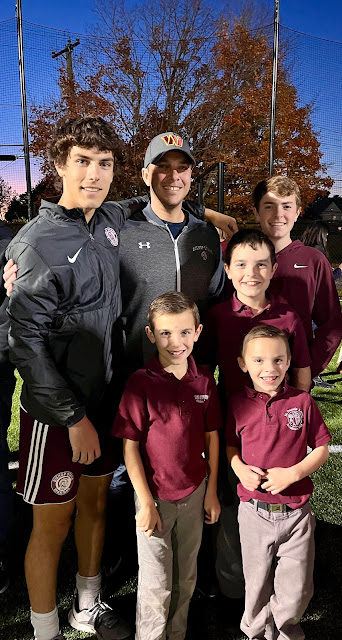 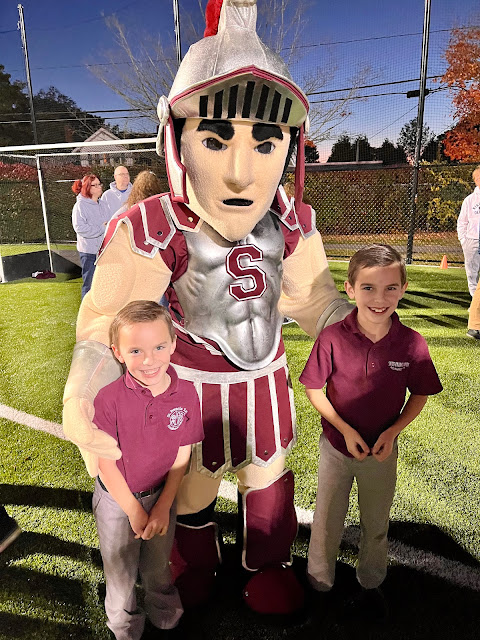 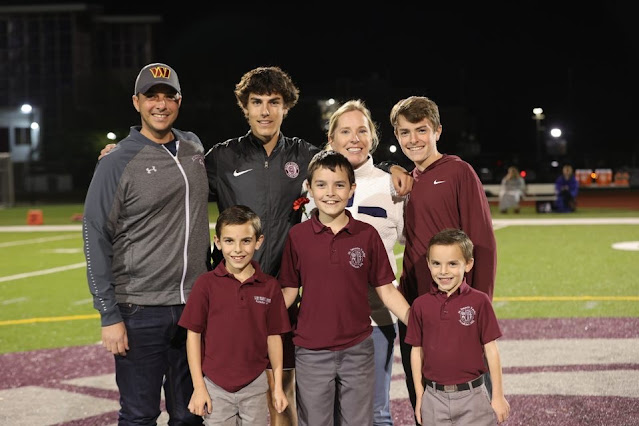 Andrew's soccer team at the pep rally earlier in the day:
Meanwhile, In Mallorca, Spain....JP and friends explored the island and cliff-jumped.  I can barely watch the video, but he is a brave kid! 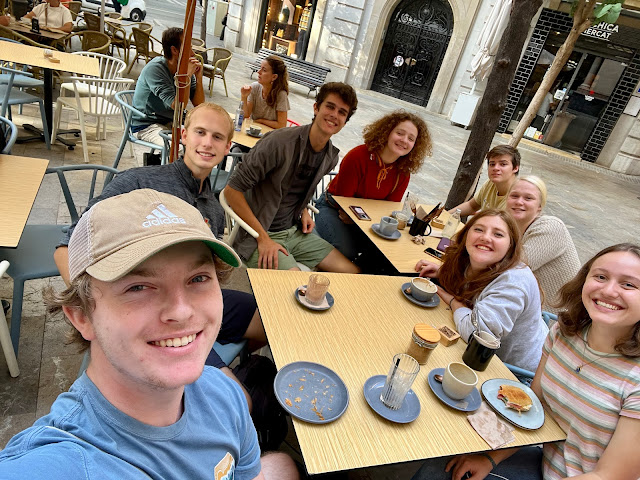 On Saturday, I baked spookies (cookies with eyeballs to make them look spooky, but they turned out more cute than spooky) and took Xander to swim.  Phil took the little boys to their soccer game, and then Xander to his piano lesson.  I took Maggie for a haircut and to get her eyebrows threaded for the first time (ouch!) and Phil brought Eamon for a haircut.  Andrew was at the high school setting up for the dance that night, because he is on Student Council. 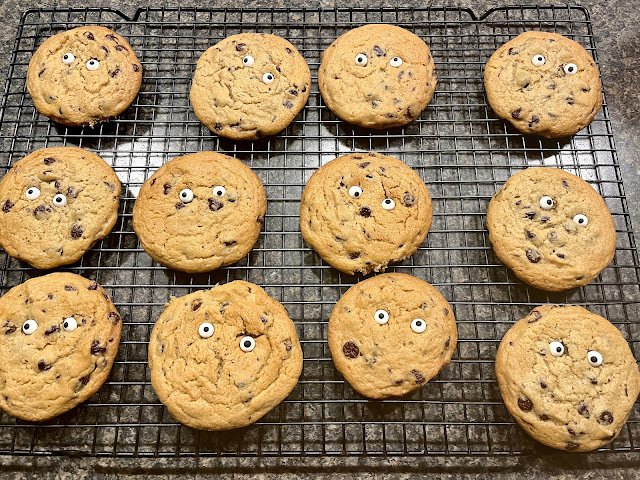 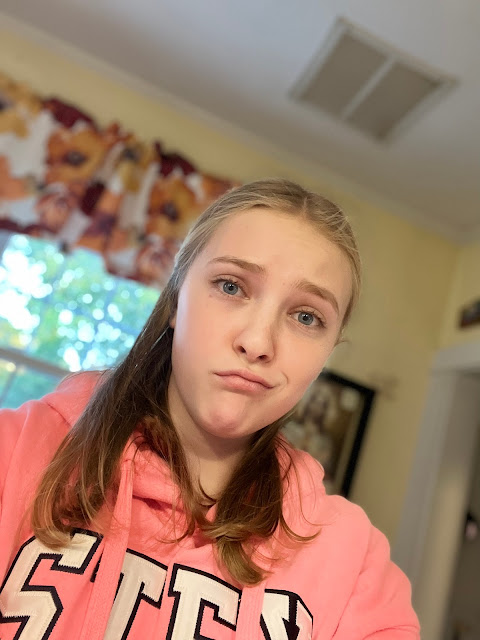 After 4 pm Mass, we cooked up some pierogies and kielbasa to celebrate St. JP II's feast day :) 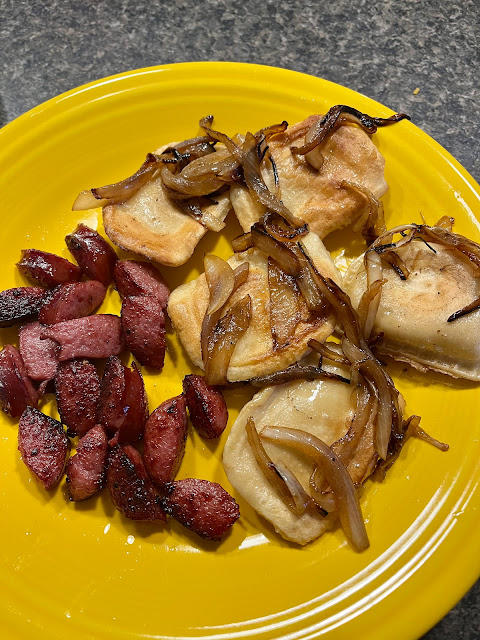 The three high schoolers went to various friend's houses to get ready for the Homecoming Dance and sent me some photos:
And I don't have a photo of Eamon because he went straight from work to the dance and somebody *ahem Phil* didn't take a photo because it was too dark.

Everybody seemed to have a really good time and went to bed way after I fell asleep.  Story of my life as a teen mom.  Not that I became a mom when I was a teen.  Just that I am a mom of lots of teens.
On Sunday, I made baked ham and cheese sliders and baked pizza sliders for an easy football-watching dinner.  Maggie and I made apple pie empanadas for dessert and happy tummies we all had. 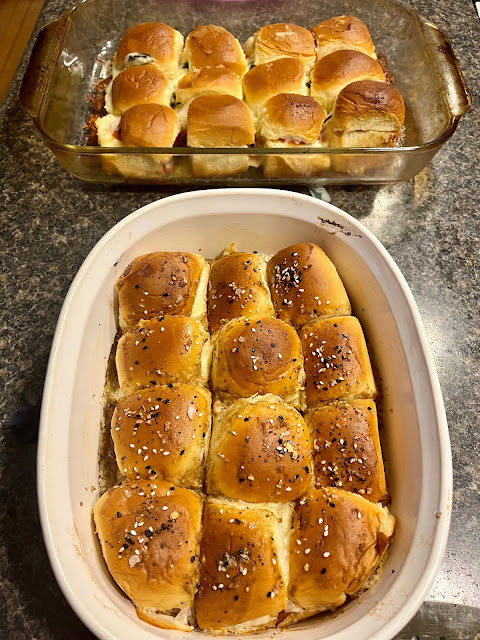