My heart could just burst with love and pride for this guy.  I asked him if he felt any older this morning, and he said "nope".  I don't think he's any taller than he was on his 11th birthday either, but all good things come in time, and I'm not ready for him to grow up quite yet anyway.  Yesterday, I mused out loud in the car about how it was his last day being eleven, and Andrew claps his hands giddily and says "Called it!"  Apparently, Andrew had bet Eamon that I would make note of his last day being 11 because I "always do that" on the eve of a birthday.  Guilty as charged, I suppose, but a mother is allowed to feel the passing of time of each child at least once a year.  I always feel a twinge of sadness, but then it's immediately replaced with excitement at all that lays ahead for them in this new year.  Twelve is a great age, innocent enough so as not to make a parent worry too much, but grown up enough to be able to participate in fun adult conversations.  Eamon has always had a sweet and mature soul, and although I've started to (shockingly) hear him argue back with his dad from time to time, for the most part, he's still our most obedient and happy-go-lucky kid.  He's probably our easiest, if I had to choose, which is a long departure from how hard he was as a baby!!!!


For breakfast, he chose to get donuts and hot chocolate on the way to school, he brought Birthday Cake Rice Krispie treats to school to share, and dinner was homemade mac-n-cheese (with the crunchy breadcrumbs on top!) paired with a salad and ice cream cookie sandwiches/sundaes for dessert. 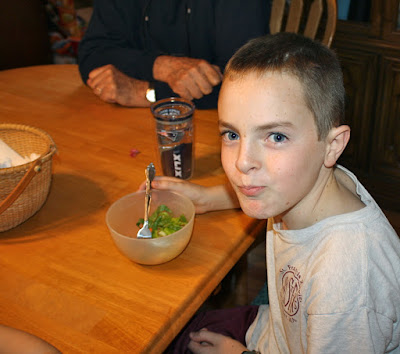 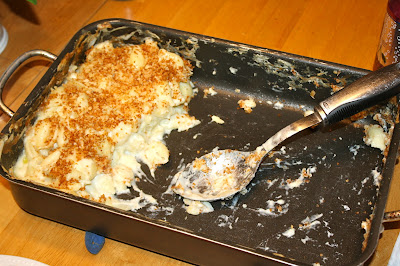 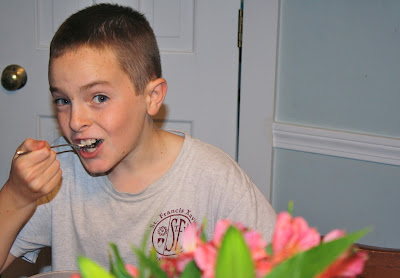 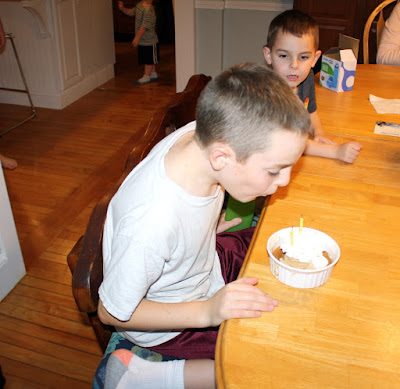 Eamon had a very close relationship with our former pastor, Monsignor O'Connor. (Gosh, I hate that typing that makes me think of the scandals!) Monsignor lives in Portland, Oregon now, working under Bishop Sample, so I texted him and he Face-timed us to wish him a Happy Birthday. 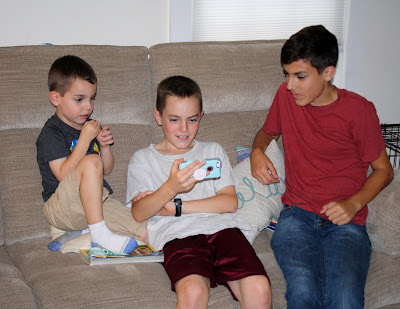 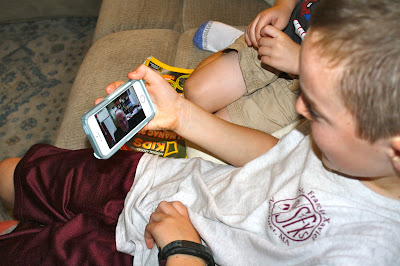 Then it was time for gifts for the sports lover! 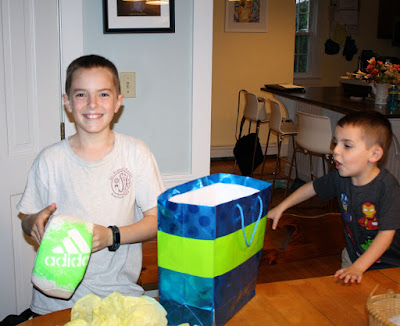 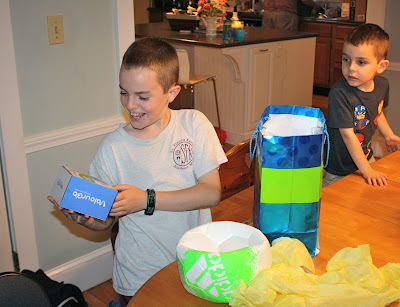 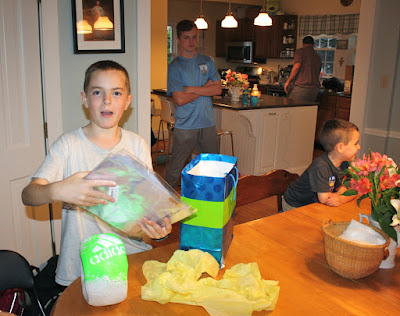 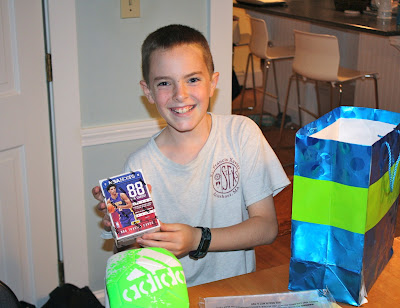 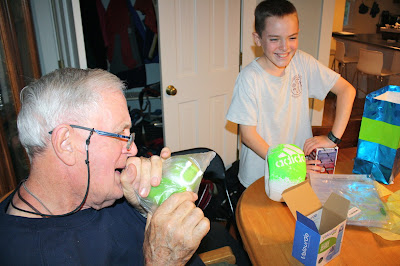 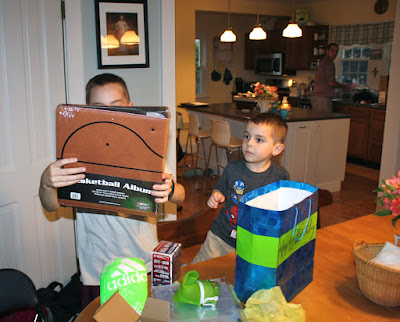 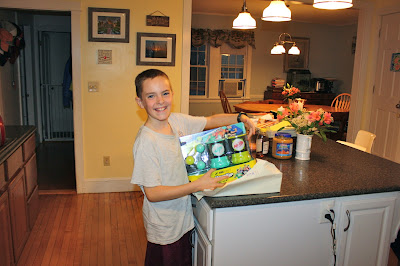 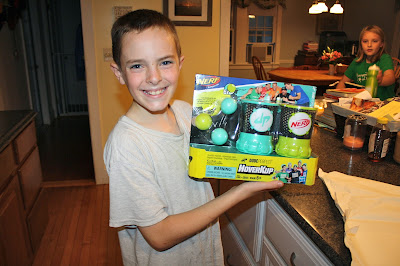 Gifts included basketball cards (thanks godparents!), a binder and sheets for those cards, a football (thanks Gammy!), a soccer ball, a collapsible water bottle, a gift card to Lazer Gate, and Dude Perfect hoverkups (thanks Nana!).

He literally got everything he asked for :)  Which makes sense since he is everything we could ever ask for in a son.  We love you E-man and your kind, humble heart!! 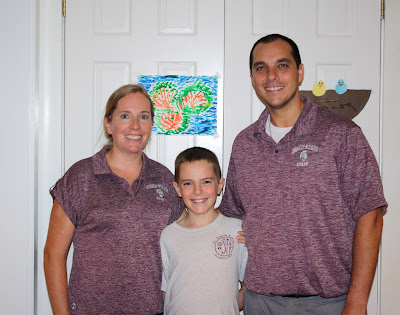 Just stay 12 forever, m'kay?  I'm not ready for another teenager ;)
"Thunk" by Colleen