Weekend Update and the Baby's Nickname 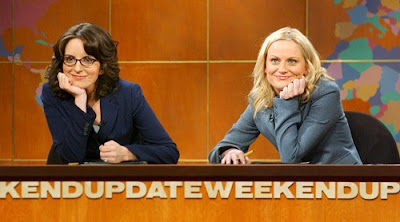 What a crazy busy weekend!  If only Tina and Amy were around to insert jokes as we lived it.

The contractor finished our house remodel on Friday afternoon.  On Friday night, Andrew had his CYO championship game, and they won! 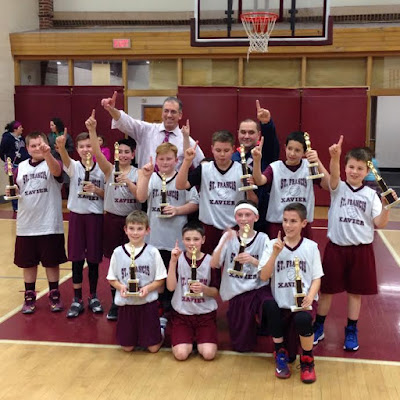 At the same time, Eamon played his first tournament game of the weekend.  They also won!  To celebrate, Phil picked up some quarts of homemade ice cream from our favorite shop that opened for the season that day.  He texted me while waiting in line that the line was "ridiculously long", but he persevered to bring home his 16 week pregnant wife some ice cream.  Smart move for everyone involved!

On Saturday morning, Phil brought JP to the dentist to get sealants for his molars, then they came back and I brought Eamon to his 2nd tournament game with all the other kids except Declan.  Of course, 5 Martin kids are easier than an almost 2 year old Declan.  The terrible twos are real. 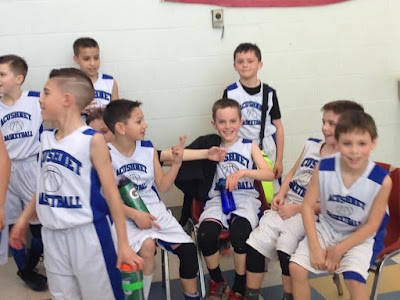 I quickly dropped off all the boys to Phil, who was organizing and cleaning our house, trying to get it ready to move back in.  I then picked up my mom and drove Maggie to the Cape so she could dance in an Irish step show. 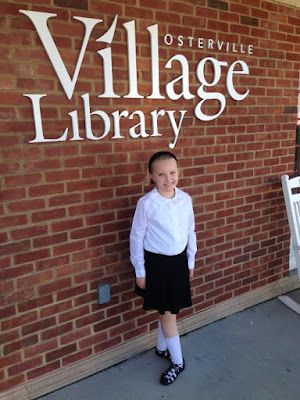 On Sunday, I went to Mass with the three oldest, then to part of a religious ed talk, then off to Eamon's 3rd game of the weekend.  Phil took Maggie to religious ed, then Mass with the two little boys and headed back to our house to keep organizing.  Which is super fun with a 2 and 4 year old "helping".  Eamon lost that third game, and I picked up lunch (Wendy's for the win!) and met Phil back at home to clean.  We were all together for about an hour, then Phil left to take Eamon to his 4th game (Andrew went too - Eamon and Andrew are each other's biggest fans, it's darling).  They won!  And Eamon scored 11 of the 30 points!  I stayed and cleaned while Declan napped and the other kids helped me.

A few hours later, after a well-deserved water break, the house was in a pretty good position for the professional cleaners to come.  I left to drop off JP at church for his live Stations of the Cross rehearsal, then to watch Eamon's 5th and final game of the tournament.  Declan had to miss his first friend birthday party, because well, something had to give and he didn't even know he got invited! 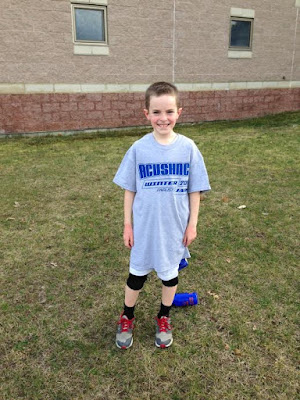 They lost :(  But seriously, I love watching this kid play.  He can't even help but smile as he plays, he just loves basketball so much.  He has so much confidence on the court, to the point of being borderline bossy and ball-hoggy.  He'll learn to relax when all the boys outgrow him in a few years ;)

I picked up JP after rehearsal was finished, and we all got back to my parent's house (we've been living there for one month tomorrow!) at 6:30 and ate some frozen pizza and collapsed.  Don't worry, we heated it up first.  I don't even know how we were able to manage the logistics of that weekend and still get so much accomplished.  Well, actually, I do, it's teamwork and grace. 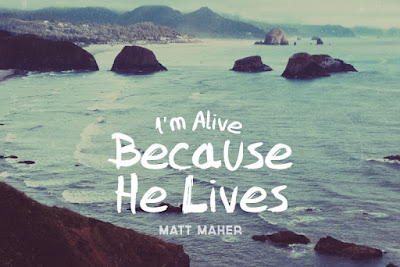 Tomorrow we should be moving back into the house.  We will still have some organizing of our bedroom to do, and the kitchen island and floors won't be finished until mid-April, but all the construction is done!  A 7-10 day job in contractor time takes 4 weeks in reality, you can thank me later for that conversion rate.

I can't believe this big house project and basketball seasons are all done in the same weekend.  We are taking the Spring off from sports this year, except for track which is the easiest of sports to coordinate.  We were so lucky to have a house to stay in, with my parents who totally helped us out with the kids and meals and laundry.  I'll miss them, but I'm sure they are ready for a quiet house again!  God willing, the next time the kids sleep over Gammy & Grandpa's will be when this baby is born.  Did I tell you what we're calling this baby boy while he's in utero?

It's an Irish name that means "Mom and Dad are really, really tired."